Television Tuesday: From a Duggar Downfall to an Utter Destruction, It Just Keeps Getting Worse 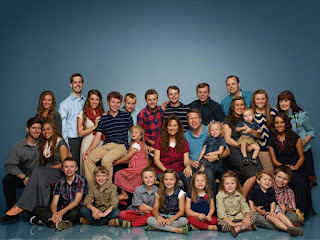 I have written about the Duggars a variety of times. From my first observations about them, to then asking if the so-called, "Charm," had worn off, to the mess of it coming to light that Josh Duggar sexually abused his younger sisters and the family did nothing. Now, even more unsavory details are being dug-up about the first son of the ultra-religious and supposedly, "Pure," family. Josh Duggar has been revealed to have had an Ashley Madison account now that hackers are releasing data on people who used the website to cheat on spouses, and he has admitted to a, "Pornography addiction."

I don't have to talk about this, as unlike Josh Duggar I can stop myself from making awful decisions. However, I also differ from Josh Duggar in that my choosing to continue to marvel at the spectacle of this family's implosion doesn't hurt any children or cheated-on spouses. So yeah, here we go, yet again.

The One Smart Thing Josh Duggar Has Done

The one, and basically only smart thing Josh Duggar has done is utter the words, "I have been the biggest hypocrite ever," which despite containing the word, "Biggest," still serves as a massive understatement. Between the past abuse of his sisters and rampantly cheating on his wife, Josh Duggar doesn't seem like a very good person to pick as your mascot for family values, and it is hilarious to see all the people he once worked for or found himself close with distancing themselves as fast as possible from this mess.

It is funny in an incredibly depressing way to think a year ago this time the Duggars were looked at as darlings of the ultra-religious wing of the Right, and now are punch-lines for anyone who wants to make fun of hypocrisy. I mean seriously, you go on and on about sexual purity and how gay individuals pose a threat to the sanctity of marriage, and meanwhile you let your son fondle his kid-sisters when he's an older teen, and then he grows-up to be a habitual cheater on his spouse? Clearly if things went this wrong with your eldest child you may want to change your parenting methods before we see what the other 18 children might grow-up into. We are ignoring the biggest, "Victim," here though. I mean, won't someone think of poor ol' TLC? 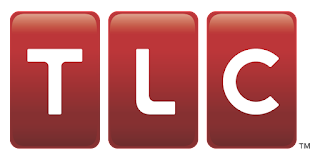 Both the Duggars and TLC are in massive damage-control mode. The Duggars are saying how they continue to, "Look to God," because simply trying to pray away the bad things in their life has worked really well so far. TLC is in a full-on panic, having now announced a documentary about child sexual abuse that I imagine will gloss over the fact it seems quite likely they were aware of the Duggar's dirty secret but still gave them a show and made money off them for all those years. But hey, if they do a special now about how abuse is bad they don't have to feel any guilt, right (he said with the utmost sarcasm)?

Really though, TLC can't play the victim any more than the Duggar family can because it proudly covered its eyes and plugged-up its ears to the idea of anything rotten happening behind the scenes of this supposedly happy and extremely conservative family. To its credit, TLC did eventually cancel the show after all this nastiness was exposed for the world to see, but the damage is done and the Duggar's image will probably never fully recover--with Josh definitely being doomed to forever find himself scorned by the world--and with good reason--viewed more as the butt of a joke than someone conservative politicians try to court for a endorsement.

It is Honestly Depressing 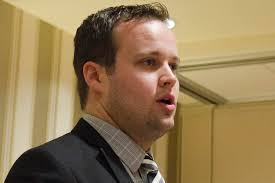 In the end, this just honestly is depressing. We all knew something terrible was going to come out regarding this seemingly, "Perfect," and, "Pure," family, but I would not have guessed things this horrible were to be revealed. I guess it goes to further the data that the families that obsess the most about sexual purity often have the most twisted secrets (I can recall a report about how Utah of all places has the most online-porn subscriptions).

It's sad, it's dark, and it is--as I keep saying--depressing....although in an admittedly so-sad-it's-funny way. I guess it just goes to further prove that sometimes the folk talking the most, "Game," about how perfect they are have the worst skeletons hidden away. Still it could be worse. 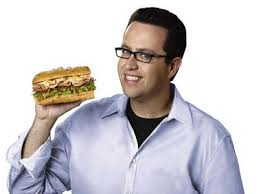 At least he isn't a former Subway pitchman-turned-convicted felon.
Posted by David Charles Bitterbaum at 10:44 AM