How Weird? Quite Weird! 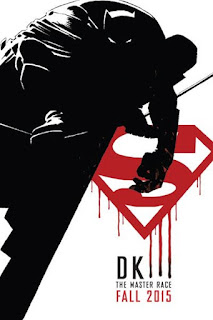 DC had previously announced how Frank Miller would be writing a 3rd entry in his, "Dark Knight" books--yet oddly not illustrating as he did for the previous two, and even more strangely would have a co-writer in the form of Brian Azzarello.

Miller's seminal, "The Dark Knight Returns," was of course written and illustrated by him, with the much-less liked, "The Dark Knight Strikes Again," also mainly Miller besides his spouse serving colorist duties. Therefore, it's a little weird to see Miller having a co-writer, and not doing much of any art. Now, perhaps this is to keep some of Miller's more lately...eccentric tendencies in check, but it could also be Miller just only had a passing interest in doing a new Batman comic and DC told him they could lighten the creative load by tacking other folk on the title.

Whatever the case of how the creative team came about, where things get really odd is how DC is releasing the comic. You see, each issue is 32 pages and includes a 16-page mini-comic inserted into the main title. That's relatively straightforward. However, it gets odd when, as DC puts it (the all-caps are their emphasis, not mine), "After the release of each issue of DARK KNIGHT III: THE MASTER RACE, DC Entertainment will release a volume of the DARK KNIGHT III: THE MASTER RACE COLLECTOR’S EDITION that will collect the both the main story and mini-comic from latest issue of DARK KNIGHT III: THE MASTER RACE as a single 7.0625” x 10.875” title, with both stories presented at the same trim size." In other words, another version of the same comic will come out but with the mini-comic made bigger. 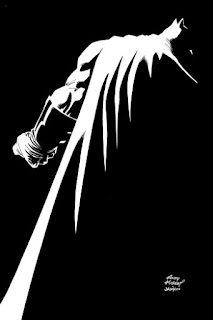 That's not too confusing, but then , "After the first seven DARK KNIGHT III: THE MASTER RACE COLLECTOR’S EDITION have been published, DC Entertainment will ship a special slipcase designed to hold the entire set with the eighth COLLECTOR’S EDITION." So yeah, I'm utterly lost now. Oh, and each issue (of the initial comics at least) are a hefty $5.99 and there is actually a 1:5000 variant cover, meaning a comic store would have to order five thousand copies of this comic in order to be allowed to get one measly variant with art by Jim Lee.

This is all pretty strange and an obvious blatant attempt to make a comic a collectible item before it even comes out, (and we see if it is even any good or worth collecting) eh? I mean, if the comic is actually really good I can understand people wanting special collector-sets and the like, but if this is at a level of quality like, "Holy Terror," you're better off watching two turtles mate, because it'll be just as slow and boring, but at least their humping will have an actual conclusion.

In closing, unless this gets rave reviews I'll probably pass, even though the whole mini-comic idea is kind of fun before the weird, "Collector's edition," stuff comes into play. I imagine DC would like you to buy this though, as they have a lot riding on its success after apparently facing some big austerity measures, despite protests to the contrary.