The Weeknd's "The Hills" is a Stellar Piece of Horror-Romance

I Told You I Would Write About Music More 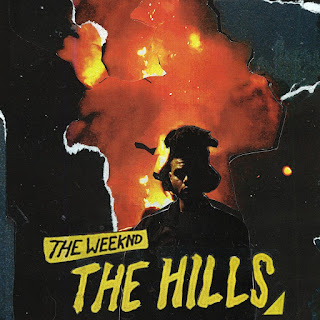 We often see genres intermingle. You'll get a dramatic movie that is also sci-fi, or a horror-comedy. We will read a book that is romantic and also historical fiction, or see a film that combines political intrigue with a good dose of action-filled explosions. Songs do this too, often telling stories of adventure, love, and the like. Two genres that seem to almost never intermingle however are romance and horror. Sure, in scary movies there will be the horny barely-legal teens trying to get it on before the psycho-killer interrupts them mid-coitus, but when was the last time we got a true mixture of romance and fear (seriously, I don't know)?

It's odd because there is rarely something as terrifying as being in love. We feel so much anxiety, worry a lot, and otherwise have a fear of either losing the person we love through them doing something foolish ("Why did you cheat on me?") or our own actions ("Um, so, I cheated on you.") Therefore, that makes it wonderful that an artist known as The Weeknd (real name: Abel Tesfaye) has turned in a song that is arguably a horror-romance masterpiece. 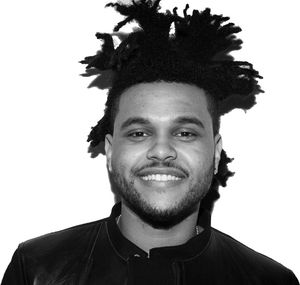 The Weeknd is an artist who I have felt has a solid voice but whom had been hit-or-miss in terms of me enjoying his actual songs. "Earned It" AKA that, "50 Shades of Grey," song was a catchy little ditty but I could happily pass on having to hear, "Love me Harder," with he and Ariana Grande ever again. However, that Ariana Grande element introduces another interesting wrinkle in the song's story I'll address in a moment.

"The Hills" basically is about a relationship where The Weeknd/Abel--as I'll call him for now on so I quit fighting the urge to spell, "Weeknd" correct grammatically--has someone he is terrified to be honest with and basically only can be himself around when he gets so numb on drugs he feels like his real self. Plus, as this woman he is having sex with apparently has a boyfriend who occasionally is out on the road, "Doing promo," for his own career, the romance must be kept secret. 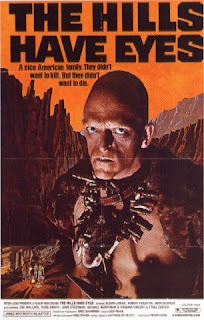 The scary part is how as the lyrics mention that the drugs are at a point where he does so many it this point its like, "Decaf," coffee, she's fed up with his calls, "Half-past five," in the morning, and it seems she herself is possibly tired of having to, "Hide your [her] lies". Then there is the element of how, "The hills have eyes," as he repeats in the bridge toward the end of the song. "The Hills Have Eyes" was of course itself a horror movie by Wes Craven made in 1977 (let's ignore the awful 2006 remake) with one big element being that people are being watched by evil forces. Here Abel is of course referring to such, "Evil," entities as the media, nosy neighbors, and etc.

The heavy thumping bass and occasional surreal shriek-sound create an ominous tone not unlike that of a horror movie, and Abel's basically admitting just how scared he is for everything to come to light--e.g. his feelings for this woman--because there is not only the risk of her rejecting him, but what everyone else will think, not to mention her man's inevitable anger. 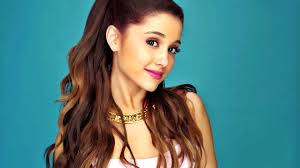 One area where this gets even more interesting is that the song does not seem to be a wholly-fictional piece. There apparently have been numerous rumors that Abel and the aforementioned Ariana Grande were secretly having an affair and this allegedly lead to her break-up with now-ex Big Sean. Therefore, it seems there is an awful lot of uncomfortable autobiography in the song, with Abel having discussed his drug issues previously too, and now apparently touching on an affair between Grande and himself.

Setting aside questions of if Abel is trying to share his emotional hurt with us listeners or is engaging in some crass commercial exploitation by via putting forth his own personal life for us to pick-over yet simultaneously stating people who do so should be embarrassed (so, having his cake and eating it too, possibly) it still is an amazingly raw song, and one that illustrates all sheer terror of love. For these reasons I find, "The Hills," to be a fascinating mixture of genres, tones, and otherwise a great listen. You can watch the music video right here below,but I find just the music itself is better:

UPDATE:
It seems not too long after this post went up it began being reported that Wes Craven has sadly died today at age 76. This saddens me as a fan of his work.
Posted by David Charles Bitterbaum at 2:56 PM