MLK And The Ongoing Fight for Equality 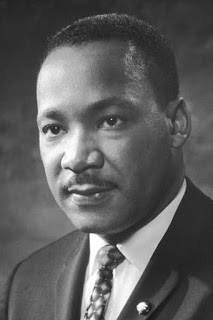 Today honors Dr. Martin Luther King Jr. For some younger people learning about all the work he and everyone did to fight for civil rights, it seems forever ago. It wasn't. Dr. Martin Luther King Jr. was born on January 15th, 1929. He was murdered on April 4th, 1968 at the age of 39. Theoretically, MLK could still be alive today, aged 91. This is all living memory.  There are people in their 60s and 70s who remember having slurs and objects hurled at them when they were the first black children allowed into schools that were being desegregated.

Everything was more recent than some would maybe like to admit, and the struggle continues. Racism still is rampant, bigotry is earnestly displayed by those wearing, "Making America Great Again," hats and economic inequality--also a major concern of MLK--is a glaring issue as the rich make billions with minimal taxation and the poor struggle to even afford food and healthcare. The worst thing we can do for the memory of MLK is to think he solved everything. The struggle for equal rights continues and his dream that one day we will all be judged by the content of our character as opposed to the color of our skin is an ongoing one.
Posted by David Charles Bitterbaum at 4:22 PM