My Thoughts on the Microsoft and Sony E3 Press Conferences

Because You Gotta Hype Your Games 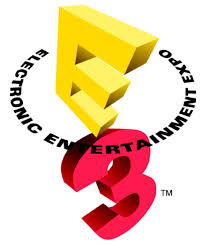 Over the past number of days we have seen a wide variety of announcements coming from big game publishers, and the companies behind the consoles we know and love. Having read about and witnessed parts (thanks internet videos!) of both conferences for Microsoft and Sony, I had some thoughts about the companies I thought I would share. Oh, and "Fallout 4" was detailed but as that was announced before E3 and is on both consoles it is kind of an outlier in an event that otherwise was more console-specific.

Before you ask, Nintendo did have a conference too, but at this point in the console wars does anybody care about the WiiU (well, anybody besides those intrigued by the fun-sounding "Splatoon")? That's what I thought, so let's talk about the two big boys/girls and what they had to say recently.

After witnessing some of the announcements to come from Microsoft I really was ready to give them credit where credit is due. Backwards compatibility with the 360 (well, some games), an exciting collection of classic games by Rare, the ability to play mods for games, and try out stuff via Early Access (although Microsoft has a different name for it), that all sounded really cool, and honestly very impressive. Then not too long later Sony walked up to the E3 crowd and simply was like...

"'The Last Guardian' isn't dead, 'Shenmue 3' is happening if you fund it on Kickstarter, and we're actually going to release a remake of 'Final Fantasy VII' like everyone keeps begging us to do."

Mic drop.
The sheer improbability--nay-impossibility of all three of those things actually being announced, within the span of a single day, is arguably enough to make the head of a video-gamer explode in shock as if it were that famous scene from "Scanners".

It is funny to think about how the tide can turn. Microsoft's previous mocking of Sony for not letting the PS4 play PS3 games has now vanished into a cloud of mist--that mist probably being tears of joy from all the "Final Fantasy VII" fans who truly thought that game ever happening was literally less likely than getting struck by lightning whilst simultaneously winning the lottery. That's how it goes though.
I mean, Sony announced plenty of other interesting things (for example, "Uncharted 4"), but to just casually take three pieces of what were arguably vaporware and pipe dreams, and then make them real, that's just...just...wow. Now, should you be a big Xbox One fan you could easily argue that the great number of interesting things outweighs some of Sony's surprise announcements. You would have a point, but seriously man, "Shenmue III" was actually announced, that's just wild.

In the end, we--the gamers--win, because a schmaltzy saying like that always sounds good when you don't want to commit to declaring any particular company the "champ" of E3. Okay fine, Bethesda won, because "Fallout 4". 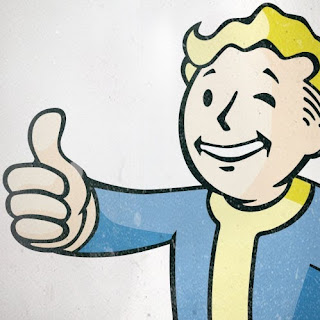 It really doesn't matter if they officially talked about it before E3 and it is going to be on PS4, Xbox One, and PC. It's "Fallout" and it will almost certainly be awesome whereas the resurrected games Sony announced could very well be bad and Microsoft having its Early Access could turn out as a failure. "Fallout 4" shall  quite likely be the second coming of everyone's respective Messiah however.
Posted by David Charles Bitterbaum at 12:34 AM