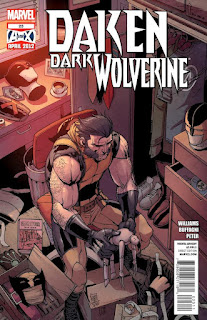 Daken has been a complex character. The last issue of his series came out some weeks ago, and I've had time to think about Daken, and how he's been pretty much unlike any other "hero" character in that he was born evil, stayed evil, and died unrepentant. The evil son of Wolverine, Daken was at first presented to us as a character we were supposed to think of as being super-cool but the more Marvel tried to make him awesome the harder he was to like. Then he had his own series launched with Daniel Way that made him a bit better, but it wasn't until Rob Williams took over the character on issue #9.1 (yeah, they gave it a .1 to segue) that something magical happened--Daken and his series became one of my favorite comics.

The One Change We Needed
Rob Williams essentially just changed one thing with Daken, he quit making us trying to think Daken was, "all that." Daken still thought he was incredible, awesome, and the best, but Williams now wrote him in a way where we saw this wasn't true, it was a glaring character flaw. This one change made the comic a fascinating character study. Daken came out to LA, got himself a boyfriend (Daken was bisexual, so yah for diversity but boo for the trend of always making bisexuals bad guys) and set about planning to take over the city as he did another one called Madripoor earlier in his series. However, unlike his taking over of Madripoor we now were seeing Daken not as a bad-ass, but as a man with a complex about his father who had convinced himself he was the best even though he really wasn't. 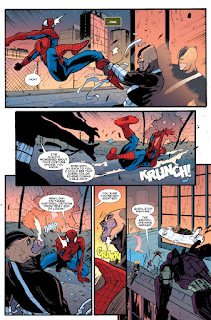 Daken got hooked on a drug called Heat that could actually beat his healing factor, and this made him even more interesting--as the character that for a long time was shown to be infallible was finally slipping up. He met a fellow sociopath named Donna Kiel, but with the difference being that she used her dark side for the FBI. When bodies started turning up seeming to have been killed by Daken he tried to solve the mystery with her, but not because he felt he was a hero--he did it because he thought the idea of him going on drug-fueled kill-binges was below him and it must be a set-up. It turned out it was and his boyfriend was behind the murders, getting Daken hooked on Heat, and otherwise causing a lot of trouble. Daken and Kiel took down his now-ex with the help of some other heroes, but when he tried to fully bring her over to his dark side of killing people she turned on him, showing he truly is just a lonely sociopath that can't be related to. This put Daken on his final mission--ruin things for his daddy.

If You Can't Live Up to Him, Destroy Him
That's what this has really been about. Daken tried as hard as he could to be unique and separate himself from Wolverine, but he's always in his father's shadow. Even when confronted by another hero named Moon Knight who with his multiple personalities thinks he's Wolverine (long story, must run with), Daken flips out and attacks the man--even though he says he knows full well it's Moon Knight a part of him just wants to attack the part claiming to be his father, even if it's just a hero's psychosis.

Daken is in LA trying to be a criminal kingpin, be unique, not be anything like his dad...but once he's rejected by the only woman he ever felt came close to him in amazing-ness, and sees LA can't really be his due to another actual kingpin, Daken figures he's going to do whatever he can to take his dad down a notch.

So Daken plants bombs outside of super-hero bases/mansions/buildings and tries to whip New York into a frenzy about their heroes....but they never were big on heroes, so what's it matter? All the heroes show up to stop him, and when he asks his dad if he wants to know why he even did this Wolverine just tells him, "No." 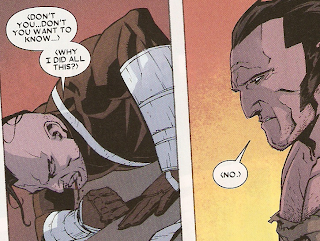 That, "No," must really piss Daken off, as his father is the one man he's always wanted to both destroy and in some ways impress. I'm amazed though, because here we are in the last issue of Daken's series because it got cancelled and he's staying evil, this isn't going to be the usual cape-comics cop-out of redemption. Then this happens: 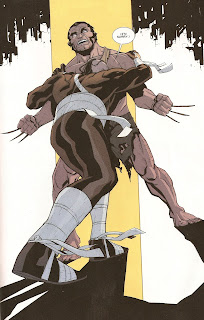 He holds his father...tells him he's sorry. It's sweet. I should hate it, but I don't. Daken has been so evil, so bad, and maybe just maybe he feels something human...but no: 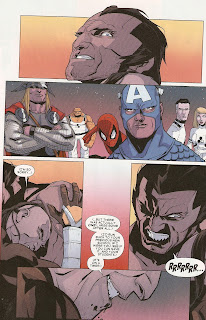 Daken reveals he planted one last huge bomb at Wolverine's school...and then he blows himself up, leaving behind nothing to bury, so everyone always wonders, "Is he really dead?" In a true mocking of super-hero tradition.

By the way, Wolverine rushes home for that last bomb to discover Daken left nothing more than a Wolverine little doll, the last ultimate "up-yours" to the father he never could equal, but who also was unable to make his son something more than a villain.

This Was All Just So Stellar, And Defies Tradition
Perhaps having his series cancelled was actually a good thing for Daken, this is the one time it actually helped a character. Had he lived too long Marvel maybe would have wanted to redeem him, make him learn a lesson and become a good guy. This way Daken goes out the way he always was, unapologetic in how he is just plain evil.

This may be the best writing of Rob Williams career, and I applaud both him and Marvel for letting Daken end the way he started--a bad guy. In the future there may be urges to bring him back for some reason, but this was just so wonderful and perfect a way to end the story of Daken that he should just be left alone. Don't try to make him a hero or something awful like that. Daken was just amazing once Williams took over and while I'm sad its over, the way it ended was pitch-perfect. You killed it Marvel, drop the mic and walk off the stage, never to touch Daken again.
5 out of 5 stars (for #23 and the whole run in general)

NOTE: If you want to read Williams amazing run you need issues #9.1-#23. So far this has been collected in, "Daken: Dark Wolverine: Big Break (issues #9.1-12) and "Daken: Dark Wolverine: The Pride Comes Before The Fall (#13-19). I believe the last book is called, "Lost Weekend (#20-23). Trust me, you should read them, even if you don't know squat about Daken. You really don't need to know much about him to enjoy these.