Some News and Links, So Let's Just Chill

WILDCATS 3.0 Is Something I Need To Get Around To Reading
Seriously, as this review points out, I need to read it. I love much of Joe Casey's work, I bought the trades and have been meaning to get to it, but I just keep on delaying.

Racist Hunger Games
Apparently some people who didn't pay close enough attention while reading The Hunger Games books missed the fact that certain characters were black. This had led to people saying really racist things over Twitter about characters I have never heard of because of my lack of knowledge about the series, but with my knowledge about the evil of humanity I can continue to be disturbed by how people out there in our society act.

The Tragedy of Trayvon Martin
While we're on the subject of racism, what happened with Trayvon Martin is inexcusable for the fact that the shooter is still just walking around freely. A young black man was racially profiled by someone else and shot. The shooter claims self-defense, but look at the information and you have to say, really? Just read up on the story. Let's consider the past and present when people say racism isn't as common today or stupid things like that: 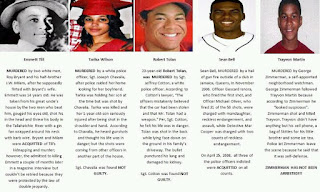 Click on the picture, read it, and yeah, that's pretty much a summary of things.

One More Post About Race, This Time A Link to David Brothers, One Of The Smartest People I've Read The Thoughts Of
David Brothers, one of the smartest people not just on the internet but probably around our world, has some extremely insightful observations about ol' Mark Millar and his supposed plans to make black characters more popular in comics. The same Mark Millar who has made racial comments both in public and in his comics that can be a bit...iffy. Millar is not a racist, I would say, but definitely not down for any sort of racial-equality cause. He just sees dollar signs, as Brother's points out.

Good Ol Games Now Just GOG--And Home To Newer Games
Website I absolutely love, GOG, has dropped the meaning behind the acronym GOG and now it literally just means GOG. Sort of how Harry S Truman really was just an, "S," with no need for a period because it didn't stand for anything. The main reason for this is that GOG will now be carrying somewhat newer games--many of them cool independent titles. One of the most important features of all is remaining however, absolutely no DRM.

For those of you unfamiliar with DRM it is basically a way for companies to treat you like a suspected game-pirate right off the bat even though you bought the game by limiting various things from how many times you can install the game over a certain number of computers, to incredibly-insidious methods such as requiring you to always be online so they can monitor your game and make sure it is legit at all times. I've never committed game piracy and don't appreciate being treated like a thief by game companies so even if there is a computer game I want to play that my computer can handle should there be DRM I pretty much say no.

GOG trusts us gamers to be honest and gives us the games in all their raw data glory to mod and fiddle with to our hearts content with digital bonus features like manuals and other goodies occasionally such as soundtracks. I plan to continue supporting GOG as it grows into whatever name it adopts as long as they stick to their great principles and keep the superb old--and now many more newer--games. Check them out.

The Pope goes to Mexico
The Pope went to Mexico and I have a picture of him in a sombrero: 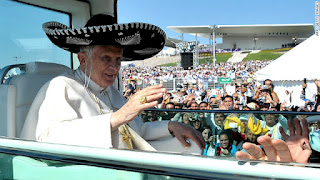 I don't really have anything else to say, I just love that picture. Okay, I do have something to say, I really preferred the old Pope. He seemed much kinder and wiser, this one generally comes off as a grouch and just less likable. I dunno. This hat picture makes me like him a bit more however.

DAMN YOU TUCKER STONE
You hear me Tucker Stone? Damn you for being so funny and clever! I will never equal you or probably Abhay in my intellect and wit but I sure do love reading your thoughts on comics and such regardless. If I could get the smartness of David Brothers and the humor of Tucker Stone I would be an unstoppable writer.

Poor Captain Atom
Since January or even earlier, various people all over the internet have been sounding the warning of Captain Atom's comic to suffer an imminent death AKA cancellation. Seriously, all over the web people are talking about his series horrible low sales. This makes me sad as Captain Atom is the first comic by J.T. Krul that I have actually enjoyed for being good (Rise of Arsenal doesn't count, that was just utterly weird and crazy to a so-bad-it's-good point). 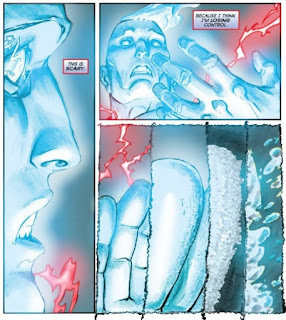 It's got a bit of the Doctor Manhattan from Watchmen vibe--which is funny as that character was based off of Captain Atom--mixed with some super-heroics. It sort of riffs off of the idea of a hero so powerful, scary, and uncontrolled even the Justice League don't want to be involved with him. Seeing the character work at understanding his powers and being a God-like being makes for intriguing reading and I'll be sad to see this comic eventually go. Trust me, this thing is going to get cancelled, most likely in the next wave of cuts and new-introductions to balance things out and keep the ongoing series at 52.

UK Gaming Store "GAME" Is A Sinking Ship
In The UK there is a gaming chain known simply as "GAME" and for awhile they have been having some issues with money. It's a been a slow burn, sort of in the same depressing way it was with Borders when they were dying, but GAME is entering that phase where things start getting shut down. To make things worse however, they aren't taking gift cards and you can't get a refund on any pre-orders for games they clearly won't have now--what with the whole being doomed thing. There's money down the drain for anyone who didn't think to cash those cards in and get their money out while they could when the storm clouds were starting to gather.

Warren Ellis Asks His Friends If Magazines Are Doomed
An older link, but a good one. Warren Ellis asks some various folk he knows about if magazine publishing (at least as we know it) is utterly screwed. Opinions abound.

That's All For Now