Citizen Kane, Mr. Murder Is Dead, A Book about The Night Of The Living Dead. Odd Spring break.

I had a Spring Break. I spent it mostly doing schoolwork to get ahead on things and/or catch-up. I did also however read and watch things, these were the best of those.

Citizen Kane
The classic movie from 1941 starring and directed by Orson Welles is still a flick I enjoy watching today. I wouldn't say its one of the best movies of all time, but I find it to be a fascinating character study of a man who is so deeply flawed and desperate to be liked and/or loved he ends up alienating everyone around him. Whether that is because he is incapable of love for anyone but himself as one character claims, or something else is up to interpretation. 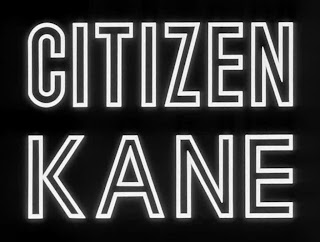 All the interesting controversy aside about the battle over who wrote the film, how much of it was based on William Randolph Hearst--who railed against the movie--and all the other outside stories about the film, the movie itself it quite good. True, I do have a complaint in that the whole mystery of a reporter trying to find out the meaning of, "Rosebud," and going around talking to everyone is a bit of a macguffin just to get us into excellent character-pieces, but those scenes with the characters are so great one can't be too upset. 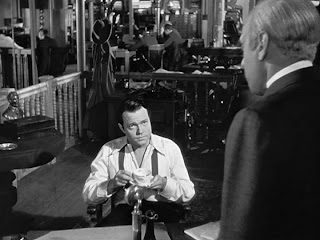 Citizen Kane also has a surprising amount of great humor I had forgotten about since I'd last seen it some years ago. The moments that most stick out to me though are those quiet sad bits of Kane being there, alone, literally in his mansion or figuratively as all around him stay removed. It's a great movie and with the new Blu-Ray re-release with a bunch of extra-features including a documentary and reproductions of programs and such I would say you should grab a copy of this film if you don't happen to have a dusty old VHS, and if you do, watch it!
4.5 out of 5 stars. 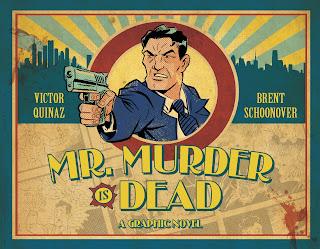 A fascinating hardcover book, Mr. Murder is dead takes nostalgia and warps it in clever ways while mixing with noir and detective tales to create a good crime story. The idea is that an old detective known as The Spook who long ago retired has just shot his arch-nemesis Mr. Murder dead finally after years of hating the man--or did he? 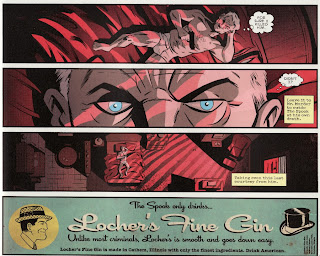 The clever aspect is that the old adventures of the Spook and his fights against Mr. Murder are shown as if the old Sunday-newsprint comics from different eras, with each character getting progressively older and with less to lose as we move closer to their elderly present. 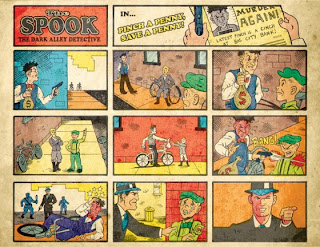 It's kind of fun to have a comic version a bit like, "What if Dick Tracy got old and bitter?" and the mystery itself is a good one. If it were just the story this would be good, but with the unique use of past and present-day art creating such clever effects this is really great.
4.5 out of 5 stars 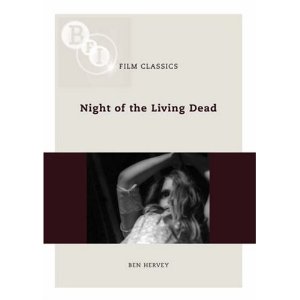 Night of The Living Dead is a fascinating movie. It's about zombies, but so much more. It has a class allegory about us versus them, all kinds of overtones, and yeah, its got some gory zombie action. The BFI Film Classics books are great way to learn more about movies. They are brisk reads and tend to be quite interesting. The one about Night Of The Living Dead discusses everything from class conflict, to the trials and tribulations of getting the movie made and released, to race relations. 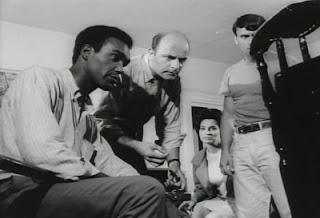 If you ever saw The Night Of The Living Dead and marveled at how it was a horror movie that actually thought then this is a book you'll enjoy reading. I've picked up some other BFI Film Classics books I plan on reading and if they are as good as this one I'll surely be pleased.
4.5 out of 5 stars.

Of the many ways I spent my sorta-week-off, these materials show there was some quality entertainment.
Posted by David Charles Bitterbaum at 11:35 AM