Comic-Con International/San Diego Comic-Con 2018 is Done. Here is Some News From It

As a Con Ends, I Have Mixed Emotions
Comic-Con International AKA San Diego Comic-Con is, "In the books." As happens whenever a huge comic-con concludes, I have mixed emotions. I am both exhausted from the deluge of news, toys, trailers, cosplay, and general stuff that occurs during a con but also enjoy how something that might be big news any other day is just a drop in the bucket of all the mayhem that occurs during something like San Diego Comic-Con (there was a lot of news). Plus, it can be exciting how busy I get between reading all the announcements, trying to get exclusive toys (I was busy every morning on the Funko Pop Up Shop website) and living everyday life too. That said, it is quiet and calm now, we can rest and reflect, and that is a good thing too. I get as excited for big cons (whether I attend them or just follow news about them) as I do about kicking-back once they are done, so yeah, its a mixture of emotions. Let's discuss some of the big news to come out of CCI/SDCC though, shall we?

News of the (Pop-Culture) World 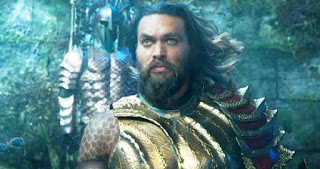 Out of everything at the show, the most buzz seems to be dedicated to the unveiling of the trailers for two upcoming DC films, "Aquaman," and, "Shazam!," with folk surprised at the flicks look like they might actually have a solid dose of humor, something mostly unheard of in DC flicks unless you hire Joss Whedon to finish your movie. I myself am all for an action-packed production starring Aquaman, and have zero issues with Captain Marvel/Shazam being a heroic comedy. Also, the new, "Godzilla: King of Monsters," seems promising, speaking of other big trailers, albeit one without super-heroes.

Funko had yet another fantastic year at the show, selling tons of products both there and online. They also had their, "Fundays," event where fans who manage to get an exclusive ticket are treated to announcements, food, and of course free Funko-goodies!

Marvel is bringing back their, "Uncanny X-Men," comic which is fine news that doesn't really get my blood pumping, but hearing that Chelsea Cain will be writing a new mini-series focused on The Vision perks me right up! 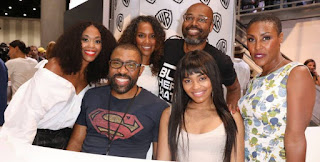 "Black Lightning," had a panel at the show, and I for one can't wait for season 2.

Grant Morrison will be writing and Liam Sharp will be illustrating a new, "Green Lantern," series, and have it be like a procedural as mysteries are investigated. The creative team alone piques my interest enough I'll be reading it for sure!

As I talked about in a post dedicated to the subject yesterday, one of the biggest news stories that occurred about CCI/SDCC didn't directly involve it, with James Gunn getting fired for some decades old jokes he tweeted that an alt-right foe of his dug-up. 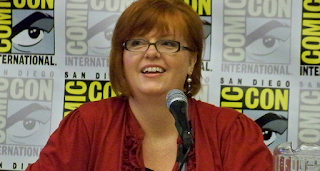 I'm fond of local publisher Lion Forge, and hearing that the talented Gail Simone will be spearheading a bunch of comic-books for the company is stellar news for sure!

One of the main actors on the television adaptation of, "The Walking Dead," Andrew Lincoln (who plays Rick) confirmed that the rumors were true and he is leaving the show. How it will work without him shall be seen.

There was new footage of the, "Venom," movie and it was confirmed the bad-guy was a lesser-known character named Riot. I like Tom Hardy despite all the hate he gets, so I hope this movie is good. 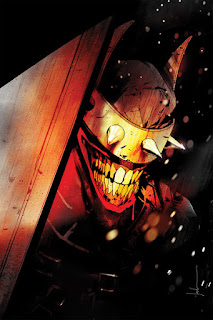 "The Batman Who Laughs," will be getting a mini-series written by Scott Snyder, which is something I normally would not care about as I feel, "Meh," about this character. However, the amazing artist known as Jock is illustrating it so now I feel like I have to read it and observe his brilliant illustrations.

The next season of, "American Horror Story," seems to be a bit of a crossover concerning the first and third season...so one of the best and one of the worst, I guess?

The cult-favorite show set in the Star Wars-universe known as, "The Clone Wars," will be back for a surprise new season. I never watched it, but know some fans who are screaming with glee.
Posted by David Charles Bitterbaum at 5:53 PM