5 Things I'm Sick of Seeing on the Internet 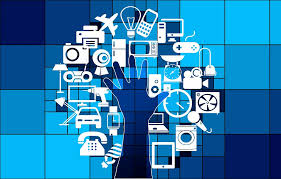 The internet, it is a wonderful thing in how it puts the world at our fingertips, but also arguably it is one big mistake that should have never been created and has doomed our society. I am of course a super-important web-journalist (not really) so I spend an inordinate amount of time on the internet (that part is true). With that in mind, there is some shit I am just sick of seeing on the web and will share some of it with you now, because I need to vent, damnit. Here are five things in particular...

What I'm Tired of Seeing 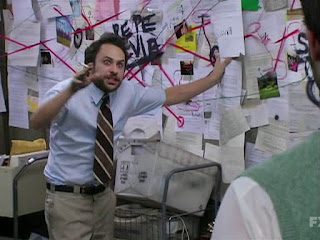 Nonsensical Fan-Theories
I've blogged about this before, and for good reason. I can't stand when people try to claim two separate shows are somehow, "Linked," or individuals who offer a weird grim and dark take on a cute kid's show ("Seriously man, everyone on rugrats is dead!") and the internet is full of this. I'll be honest, sometimes shows are loaded with metaphors, complex textual clues and references, and sometimes a children's show is just a cute cartoon that you are reading way too much into. I understand you want to seem like you, "Get it," and know a secret about a movie or television program, but your so-called theory is basically its own form of glorified fan-fiction and makes you sound more like a crazy-person than some kind of genius. 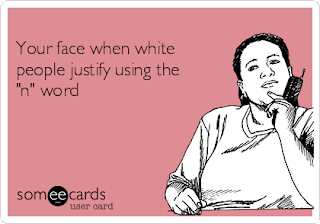 White People Complaining About Wanting to be "Allowed," to Use the N-Word
Oh dear God, the White people who do this need to stop. It seems anytime a white person in power or a white celebrity lets slip this slur and gets into trouble other white folk love to say, "But the black people, they get to use it with impunity, why?" The thing a select group of white people seem to miss is you can use the word, you can use it as much as you want, they just want to use it without consequence or responsibility, which one cannot do. I am reminded of this web-video by a comedy troupe known as, "The Message," that disbanded some years ago but made a genius point:

"If that's how they truly feel," is what it says about white people using that painful word. And don't  get me wrong, if we are discussing the word, we need to say it. One of the best writers on popular-culture I've ever had the pleasure of reading, David Brothers, put it best when he wrote, ""Basically, if you are utterly incapable of saying the word nigger, you shouldn't be talking about the word nigger...We're adults right? Adults use words, understand the history of those words, and understand that painful words can be used in certain contexts without offense," and it is a painful word. You see, when I worked as Medical Case Manager  at a non-profit it happened that I worked with a majority black population and much of my office was made-up of African-American individuals as well. This resulted in my getting odd questions such as, "Do they let you use the word?" First off, no. Secondly, I wouldn't use that word, no matter what, and if you asked me why, I would simply give you a list. I would say, "Emmett Till, Addie Mae Collins, Cynthia Wesley, Carole Robertson, Denise McNair, Eric Garner, Sandra Bland, Tamir Rice, Michael Brown, Trayvon Martin,  Philando Castile..." and the list would go on-and-on of black people younger and older, past and present, killed for the color of their skin, all undoubtedly called a Nigger at some point--ask any black person and they can tell you about a time they were called that word by a white person, and it wasn't in a nice way. If you're a white person and really want to say the word with an, "Er," or an, "A," at the end, you can, but be ready to own-up to the questions you'll get for the word you're using. 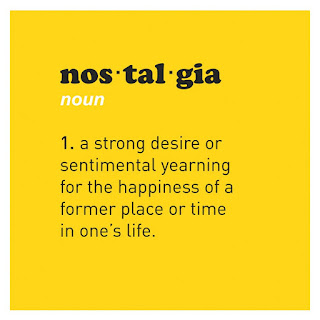 People Hating-On the New Version of Something they Loved as a Kid
Go online and you won't be able to search far without somebody bitching about how, "Star Wars Episode VIII sucked and retroactively ruined my childhood," or, "The new Thundercats looks like trash compared to the old one," and etc. As I've talked about plenty of times on here before, nostalgia is a powerful tool, and also a bit of a trap. People think back to when they were younger and how much they loved something, then they can't stand the slightest change being made to it. Fans forget something though: The creators of your entertainment owe you NOTHING. George Lucas owed you nothing with his, "Star Wars," movies whether you loved or hated them all, just as Disney owes you nothing now. The creators of any popular entertainment are making a product they want to make (or see the market desires made) and these people and entities don't care if it is different from what you loved.

Just because I am a big fan of, "Batman Returns," that doesn't make, "The Dark Knight," any better or worse with its portrayal of Batman just as, "Batman Versus Superman," is its own good or bad movie, regardless of what was made first. Just as we as humans change, so too does our entertainment. Something may be different, but that doesn't automatically make it good or bad, its actual quality does that. Don't let nostalgia make you illogical and spiteful for moronic reasons. 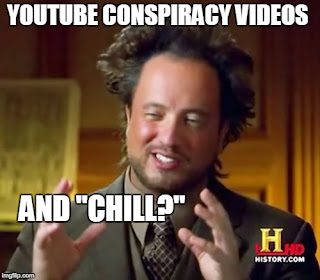 Insane Conspiracy Videos
Apparently against all scientific proof and logic, the Earth is flat. Also, our United States Government which is so inept it can't keep track of wrongfully imprisoned children somehow masterminded a complex plot to attack itself on 9/11, which I assume they had been planning ever since we faked the moon landing--I guess we had to fake that due to Earth being flat, right? For real though, I am thankful we as a population now have the technology that anyone can make a video to express their views, but the downside to that is anyone can make a video and put it on the web, no matter how crazy they are.

Thanks to basic video-editing software being idiot-proof and how we almost all have a high-quality camera these days on our computers or phones, it is relatively easy to make a long or short video. The person making the video still needs attention-grabbing content however, so many people seem to think claiming something moronic is the way to go. That's why YouTube and other websites are full of supposed time travelers with dire warnings, people who think the Government fakes mass shootings, claims that vaccines cause autism, or anything else stupid you can think of. The one saving grace in all this is that I don't actually have to watch any of this videos if I don't want to, I just have to put-up with my friends sharing them on Facebook or the news reporting on them...so that's a bit better, but not by much.

List Articles
Yes, I am aware I just made a list article of sorts, and I have written for websites that make list articles in the past (I needed the money) so I am a hypocrite and will own it. I more-so mean list articles that require you to click to read every single entry, however. If it is something I am interested in reading but it is an article with ten entries and every single paragraphs requires I scroll past ads and click, "Next page," you can bet I'm going to bail. Please, can we stop having articles that do this, pretty please? 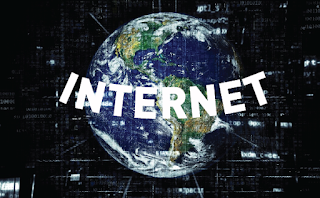 Now that I have complained about my, "Top 5," of things I am sick of seeing online, I feel better. The internet has done something amazing in how it links the world, but it also clearly has a number of downfalls. Still, thanks to the internet I was able to complain (albeit about problems it created) so I guess that's good. Plus, without the internet, there would not be The Newest Rant, and that is truly a terrifying thought.
Posted by David Charles Bitterbaum at 4:29 PM