Television Tuesday: The Premiere of, "The Bachelorette," and Some Observations

I talked about the most recent season of the Bachelor/Bachelorette when it was running and shared an assortment of observations about it. That method seemed to work well for getting some thoughts across, so I reasoned I would do it again to share some recollections and opinions on last night's premiere. 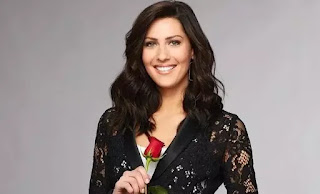 Becca Makes a Great Bachelorette
I didn't really care for Arie last go-round, finding him boring and dull. Then he revealed he was actually the secret villain of the season, choosing Becca when it was down to her or Lauren B. then a few weeks later saying he changed his mind and wanted to be with Lauren. The break-up where he declared this was filmed and just utterly painful to witness as Arie talked about wanting to, "Explore the possibility," of he and Lauren and tried to be a, "Nice guy," and console Becca as he utterly broke her heart and didn't just leave as she kept asking him to do. As bland and surprisingly evil Arie was however, Becca is a delight. She's smart, funny, and personable. She's pretty, but not in a plastic or fake way, and otherwise is a solid human being the audience is cheering for--especially after what happened with Arie.
The Men Already Fit Into Three Categories
The men we meet seem to pretty easily fit into three categories. There are the guys who will clearly be among the final ones Becca has to choose between, the men who will just kind of be there and totally unremarkable, and a couple of shit-stirrers who are sure to cause all sorts of drama. We've got really cool fellows such as Clay, Colton, Lincoln, Leo, Rickey, and Garret (oh wait, hmmm) dudes whose names I can't remember due to them barely making an impact, and then obvious idiots such as Jordan who seems like he can't wait to make an ass of himself picking fights with others. It'll be interesting to see just how these three various categories of guys all gel (or don't gel) together for sure. 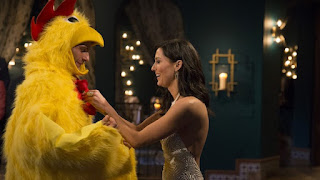 Why Did The Chicken-Suit Guy Have to be Named David?
There are many people named David in the world. We aren't as common as, "John," but we seem to pop-up a lot. That said, when the dude who appeared in a chicken suit and squawked, "Bec-ca," revealed his name was David I just went, "Oh God Damnit." I mean, of course the guy with the weirdest idea had the same name as me, right? That said, Becca seemed to really enjoy talking with him and liked the guy, so maybe the chicken suit was the right call after all? Time will tell. 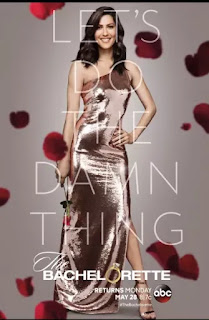 The, "This Season On," Teaser Revealed a Lot
At the end of the show they had a teaser of what to expect this season that seemed to show quite a lot. Like, we basically know which chunk of people will get far enough to go on the fancy trips and such now. It was kind of weird how much it felt like was revealed. I mean, plenty seemingly-wild things were left mysterious (those ambulances) but still, it was odd.

Premiere Conclusions (I Know That's A Bit of an Oxymoron)
My overall thoughts on last night's premiere was that this already seems like a better season than the last one with Arie thanks to the Bachelor/Bacherloette actually being someone we root-for and like. The men who will be seeing if they have a spark with Becca and (we assume) will fall in love with her are a nice assortment of great guys and total tools. We have this season's seemingly off-the-wall-bonkers individual in the form of Jordan, and this strange commercialized and totally unrealistic take on romance I still inexplicably love watching will  hopefully be a grand time. Oh, and maybe, just maybe, this time Becca will get the happy ending she really seems to deserve.
Posted by David Charles Bitterbaum at 8:26 PM