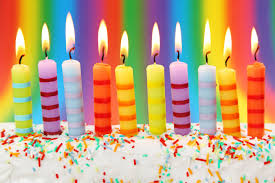 It's my birthday this week (at the end on Saturday the 27th) so how about we celebrate with some random links that I found interesting?

...And Blow (The Candles, You Perverts) 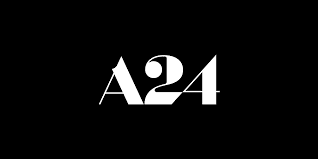 The movie studio A24 sounds like a cool place full of neat folk, and this article discussing its wild and twisty history makes a great read

That Nine-Panel Design, tho. Seriously though, it is a fascinating format that impacted, "Watchmen," greatly and imagine will see usage in, "Doomsday Clock." Plus, Tom King and his collaborators always use it well, such as with, "Omega Men," and it should be snazzy when utilized in his upcoming Mister Miracle-focused maxi-series.

As I said in a previous post, Shepard Smith is probably the one and only person I trust at Fox News to report facts. He also seems like just a genuinely nice and honest guy, as articles like this, where he discusses being openly gay at an outlet like Fox News, illustrate. 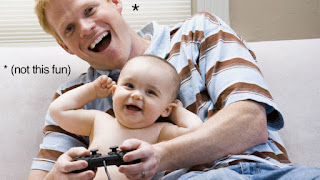 I am someone who has had a baby recently (our little Clarkson), therefore this article about how to balance things like playing video-games with your newborn really speaks to me. Some tips are obvious, but it makes some solid points. Heck, you could replace, "Playing video-games," with nearly any hobby and much of the advice still would be solid.

Depending on whom you ask, the Ultimate Universe that once existed at Marvel either has just a few remaining elements, or arguably still exists and could theoretically be brought-back at any time. Okay?

It has many ups and downs but I am as much of a fan of Saturday Night Live as I am fascinated by it in general. Reading about how it has handled the political shit-show that is the the Trump Presidency is illuminating.

I read The Guardian on the internet sometimes (the above story about video-games and babies is by them actually) and they have pointed-out on their site at times how they don't put their articles behind an annoying paywall. After mentioning this I've observed the site in a polite manner asking if readers such as myself would contribute to assist them in continuing this practice. I find their laid-back and friendly way of asking refreshing and therefore have given funds and encourage you to do so as well at this link.

Reading these thoughts discussing how the messaging Marvel has done about ,"Secret Empire," at this point almost matters more than the comic itself says basically what I've been thinking.

This safe-for-work article about the most infamous pool in Japan made me laugh. Why is it infamous, you may ask? Well, it is often used as a set in a ton of Japanese pornography!
I've enjoyed some of his comics but lately Nick Spencer is seeming kind of like a jerk, and apparently his past behavior before he got into comics kind-of solidifies my theory that maybe despite making some great books (and terrible ones like the earlier-discussed, "Secret Empire," series) Nick Spencer might actually be a bit of an asshole using offensive imagery in a tone-deaf manner.

Valve and their Steam service gets a lot of love from many people, but I admire this opinion piece  by Tim Colwill calling them out as acting really evil and mercenary in a variety of ways despite being thought of as, "Good Guy Valve," and a beloved company as opposed to, "Evil corporations," such as EA that have done many of the same  questionable things that Valve actually does.

Lastly, with all the extra-attention, "Watchmen," is getting with its further incorporation into the DC Universe how about we enjoy a short essay on the importance of Doctor Manhattan's penis (no, seriously). This simple organ arguably carries with it a lot of symbolism and meaning within, "Watchmen," believe it or not.

Now Cake!
It is now time for me to get ready to eat cake later this week, kick-back, and otherwise celebrate!
Posted by David Charles Bitterbaum at 5:28 PM