Links as the Month Winds Down

What Could be Better Than Links?
July is nearing its end, various things of interest have happened, I shall link to them. 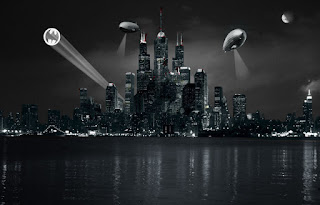 Let's be honest, the empty streets of the recent Batman games are kind of dreary and a world as alive as Gotham could theoretically be would result in something stellar.

Peter Molyneux has definitely been having a hard time of late, with 22 Cans floundering about. That said, I did quite enjoy the old classic "Black and White" with one major fascinating element being the creature you--as a God--could pick to raise and how it actually, "Learned," during the game. It's a feature not really replicated much since and that is kind of a shame.

Does context matter with a joke? Definitely, which is something this enjoyable article points out about Mel Brook's "The Producers" and how someone protesting the fact it features Hitler--even if Hitler is being mocked--completely misses the point. 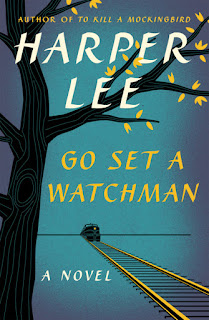 We need to be honest, "Go Set a Watchman" really would have never come out if everyone were behaving ethically, and it seems extremely likely Harper Lee is being taken advantage of in her old age and ill health now that her sister Alice--who long protected Harper and her estate--passed away just last November.

I always felt like the ghosts of Pac-Man had different personalities. This article which explains how their programming proves I actually have been right!

H.P. Lovecraft had a ton of personal issues and things/people he hated, to the point where it can be hard to enjoy his writings. Still, his ideas and concepts have been so strong they continue to be used and explored in various forms of media today ranging from comics (Alan Moore is in the early stages of a 12-issue epic of Lovecraftian themes), to movies, and of course video-games. Hence, it is interesting how different games handle the ideas differently. 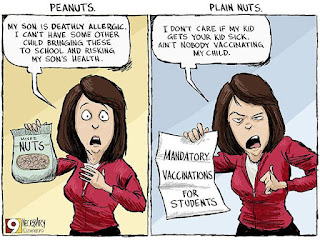 As they become further exposed as the crazy extremists they are, the anti-vaccine movement is developing a dangerously scary and potentially violent fringe of their already troublesome lot.

Marvel had some PR difficulty lately in regards to diversity so hearing they have a "Black Panther" comic coming out and Editor-in-Chief Axel Alonso claims Marvel is eager for more diversity is good. Well, it is good if anything positive comes out of it as I would hope.

I haven't ever gotten around to actually playing the "God of War" games, but from what I've read and watched of the series, Kratos has seemed kind of like a big jerk. Apparently it could be argued that around the third game in the series it doesn't put on any airs and instead simply makes it evident that yeah, you're playing the bad-guy. 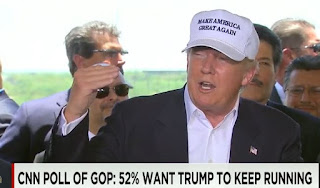 In regards to Donald Trump doing so well in GOP polls, all I have to say is: Aright, it's not funny anymore.

This article discusses how even if the remake of, "Final Fantasy VII," is a shameless cash-grab for a game many now claim is overrated, so many gamers still want it to be good, and we hope it lives up to the dream of that giving us that magic it made us feel way-back-when.

Lastly, there was an "Ant-Man" movie that came out recently and I've been a bit too busy to see (yeah, I'm a terrible nerd/lazy/whatever insult you want to use), but it is nice to think how the "Ant-Man" comic by Nick Spencer happens to be a pretty good read itself too, regardless of corporate synergy.

There We Are/Go/Gone
Hopefully some or all of those links were interesting to you.
Posted by David Charles Bitterbaum at 4:23 PM