Television Tuesday: Has the Charm of the Duggars Worn Off?

If you read my blog somewhat often you'll know on many occasions I talk about The Learning Channel (and joke about how the name is ironic at this point) and have discussed the Duggars before. Well, the family behind "19 Kids and Counting" has gotten me thinking again, this time about how having, "Traditional values," can make you seem outdated more than anything else.

The Duggar's first appeared on TLC with their show, "17 Kids and Counting," (Then 18, now 19) back in 2008. In just the span of time from then to now we as a society have seen our views evolve a great deal, but the Duggars have stayed the same. This, "Staying the same," may be why what once was considered charming now is just looked at as bizarre. After all, they still don't think it is appropriate for their children to kiss until married (even if legally adults), they continue to refer to the concept of evolution and the act of abortion as things that can be compared to the Holocaust and they still are full of anti-gay views, with people seeming to conveniently forget their eldest son works for a glorified hate-group. We as a society are more accepting of those who are different from the supposed, "norm," but the Duggars won't hear any of it, going so far as to recently delete any photos of same-sex couples who chose to post an image of themselves smooching for the Duggar's "Kissing challenge."
There have been people annoyed with the Duggars before, but it seems movements against the family being allowed to appear on television are getting more traction, with a trasnphobic robo-call featuring Michelle Duggar talking about how she's against an anti-discrimination proposal being enough to help a petition to cancel the show get started and obtain a bunch of signatures. Interestingly enough a counter-petition was started by a Michelle Duggar fan-page and it is getting a plenty of signatures too (with some efforts to defend the Duggars spectacularly backfiring, however), basically leading to online petition warfare, as one website puts it.

What started as one group of people being mad at the Duggars and another group defending them has turned into some sort of epic battle with people acting as if our very existence as a world hinges on if the Duggars are allowed to keep their TLC reality-show. All of this has me asking if we as a society are to a point where we are so fractured and angry at people who hold views different from ours that we now turning everything into a fight. The Duggars themselves do still bother me a bit though.
In my past post I detailed how the Duggars made me feel uncomfortable. I don't mind the huge-family aspect as I have parents who come from semi-large or big families, but other things bug me. I just feel ill-at-ease seeing the Duggars inform their children the Universe is only thousands of years old, that kissing before marriage is sinful, and otherwise seem to encourage blind belief moreso than actually thinking and debating what we as a society think. After all, if we never questioned anything or used the scientific method we would still think the world was flat with the sun revolving around it, and be unable to have some of very medical advancements that helped keep the Duggar's 19th child alive when she was born premature.

My discomfort with the Duggars made clear however, I don't necessarily want to see them cancelled, and think TLC won't really care about any petitions for or against the Duggars. No, what TLC will use to determine how long the Duggar's show keeps going is if more people are tuning into it and their other programs than aren't with it still being on-the-air. If not enough people watch it or the rest of TLC that it is cost-prohibitive to make the show, they will cancel it. TLC could instantly tell the recent "Honey Boo-Boo" fiasco would do more harm to their brand than good, so they dropped that like a hot pie being handled with no gloves, to give one example. 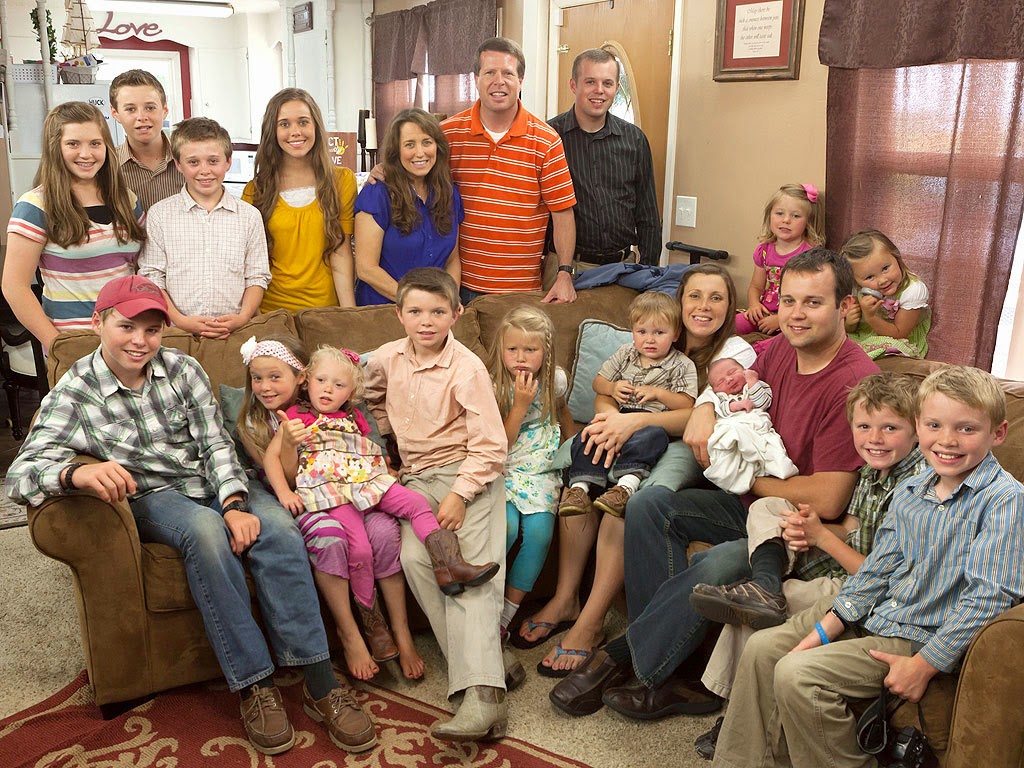 This controversy will more likely increase viewership rates for "19 Kids and Counting" than doing anything else for the simple reason that currently the continuously-shrinking demographic of super-conservative folk tend to rely on each other. I can't recall where I read an article that summed it up extremely well, as it pointed out how the super-religious and conservative are now ironically starting to claim they are being persecuted for their beliefs despite the fact that for the longest time they--the white, conservative majority--enjoyed persecuting everyone else. The article I read pointed out that no, "You aren't being persecuted, you just no longer have enough power to continue forcing your ignorant views on everyone else," or something worded like that. It is basically a persecution complex.

This really isn't a freedom of speech issue either. People often seem to misunderstand what that means. "Freedom of Speech," simply refers to how you can't be arrested and taken to prison for expressing your views. It does not mean an employer lacks the option to choose to let your contract expire because the espousing of your views is upsetting others. Therefore, if people are tired of hearing what the Duggars want to say, it is fully within their rights to ask TLC to quit paying the family to speak about their opinions. The Duggars then can continue to have their beliefs, they just won't have cameras on them whilst saying them.
As I've been saying though, I don't feel the need to argue for a boycott or something like that. Should someone really be mad about "19 Kids and Counting" all they need to do is not tune in. Just change the channel until the show is done and then resume watching TLC for all your "90 Day Fiance" needs (yes, that is a real show). Should enough people do that then "19 Kids and Counting" will find itself cancelled and the Duggars will no longer have a National platform on which to state their views (unless some other network picks-up the show, of course, but it probably would not be as a popular as on TLC). So yes, if you don't like the Duggars, ignore them. If you love the Duggars, go ahead and watch their show. As for me, I'm just going to enjoy the new, "Risking it All," where families go into the wilderness and try to make their own little house for random reasons such as saving their marriage (again, a real show). Because in the end, isn't the true American dream to enjoy trashy television?
Posted by David Charles Bitterbaum at 8:00 AM