Interesting Things From Around the Web

So Much to See, So Much to Learn
There is always something interesting going on in the world, and these links go to those, "somethings," that I found fascinating enough to share.

Links For You, Yes You! 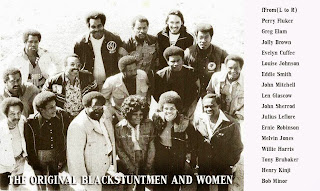 We often don't think about the stuntmen and stuntwomen who play an important part in the movies we enjoy. As long as everything goes well with a scene we shouldn't even realize there was someone else doing the dangerous driving stunt or high-dive off a building. That makes this article about the struggles faced by black stuntmen a fascinating read, as the question of who would do stunts for black actors was something I hadn't considered. The fact that in the past it often would be white men wearing blackface is pretty offensive considering how many black actors struggled to get work.

"Assassin's Creed: Unity" seems to have a launched that could politely be called messy, but we aren't being polite, we're being honest, so let's call it what is it:  A royal clusterfuck. Perhaps the first warning sign that things weren't all right with the game could be see in how it had a review embargo (meaning official reviews couldn't be posted until a certain date and time) that went until 12:00 PM EST, on the day of the games release. I've heard of embargoes that went until the day a game came out but even those only lasted until midnight. With that kind of embargo it kind of looked like Ubisoft was hoping to get people to buy the game or pick-up their pre-order before negative reviews could have swayed them otherwise. Well, it turns out that was likely the case as "Unity" has been getting middling reviews and there has been much talk of how much of a glitchy mess it is. It is such an embarassment for Ubisoft their stock dropped a preciptious 9% post-launch of "Unity" and Forbes called them, "The new EA," and not in a complimentary way. 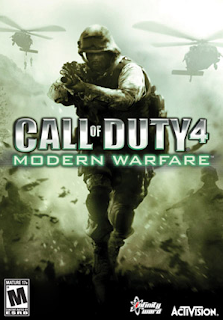 While we are on the subject of video-games I thought I would share this interesting article on how the first "Modern Warfare" game (which was also the fourth "Call of Duty" title made in the franchise's history) and parts of its sequel were arguably quite good and at times surprisingly introspective about warfare, not falling as much into the jingoistic claptrap that later "Call of Duty"-related games did--I mean seriously, you get Oliver North to promote "Black Ops 2"? The man is arguably war criminal!

"Born in the USA" actually has lyrics that are darkly cynical and bitter about the United States. Countless politicians have seemed to miss out on this and used it as a cheery campaign-trail jingle. Therefore, this article asks if politicians are too dumb to understand what the song is actually about, or just don't care as it sounds catchy.

Lastly, I always tell people I hate cats despite owning two, as the ones that live with my lady and myself are different from most. That said, I still find this website, with the adorable name of, "lovemeow.com" that I discovered with heartwarming stories and pictures of cats to be highly enjoyable.
Posted by David Charles Bitterbaum at 9:42 AM