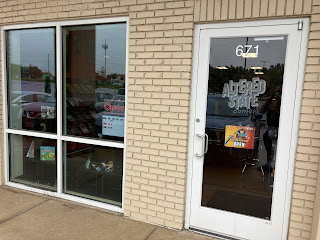 Earlier this week I saw a sign advertising something called, "Altered State," in a business plaza on a road not too far from our house. I was curious what it might be so I got the internet (where you are now) and found out that Altered State Comics was going to be the newest comic shop opening in the Saint Louis County region!

I visited their website and their Facebook page, telling them I'd be sure to stop by for the grand opening which occurred today! My wife and son came to the shop too and we met the owners, Brandon and Jon. Here they are after they were kind enough to pose for a pic: 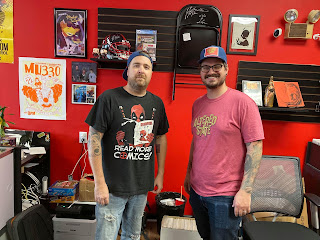 Brandon and Jon told me how they were excited to get the store open and they showed me their back issues (which I enjoyed looking at). They said they would also have the latest weekly releases from Diamond/Lunar/PRH shortly too. 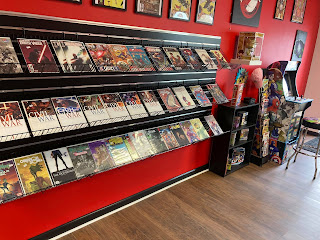 Their store wasn't just stocked with comics, however, there were Funko Pops and a kid-area that featured a snazzy arcade machine! I greatly enjoyed visiting Altered State for its grand opening and would encourage anyone in the area to stop by as well at 671 Big Bend Road, Manchester, MO, 63021.