Today Was my Birthday. The World Has Changed a Lot in 30 Years 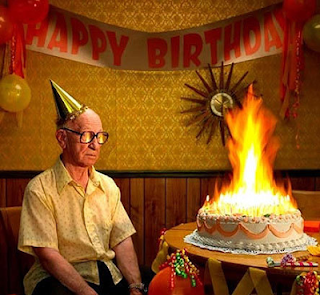 Today was my birthday. I have now lived three decades upon this planet. There are people old enough to vote now who stare at me in disbelief when I tell them about the 1990's ("Seriously, you had to sit there and listen to these horrible dial-up machine-sounds to connect to the internet, and you couldn't get phone-calls while using it unless you had two lines!") and early 2000's. I remember when the idea of drones flying around in the sky was unheard of outside of top-of-the-line military technology, now we have horny folk buying the devices at Walmart and then using them to peer into people's houses. In the era of my childhood cellular phones were bulky novelties and if we wanted to listen to our music on the go we needed a carrying-case for all of our tape cassettes or CDs.

We as a society were just starting the scratch the surface of the possibilities genetics held with the cloning of a sheep named Dolly seeming cutting-edge at the time when nowadays we can do absurdly complex things with stem cells. People who were gay couldn't get married in any state and could even be arrested for having sex until a shockingly recent time. Restaurants in most states still had smoking and non-smoking sections. It was a big deal our President lied about getting to third-base with an intern (which seems quaint now compared to Trump). I am only 30 and marvel at how much the world has changed both for the better and for the worse.

The world keeps changing in a variety of fascinating ways that both bring me joy and make me feel sorrow. I look forward to what future years hold, and it makes me happy I was able to find the love of my life (Samii) and have a wonderful son (Clarkson) all before I turned 30. That makes me feel accomplished, happy, and (as I just said) excited for the future!
Posted by David Charles Bitterbaum at 10:55 PM