Four Fun Films
Those who read my blog may recall that at the tail-end of 2013 I made a post about the various potentially "best" movies of 2013 I had not yet seen, but wanted to view at some point. I've actually been able to view four of them since then and thought it would make sense to share my thoughts on the flicks and if they were in fact good. In alphabetical order (as I did on the initial post) I now present to you a Film Friday four-some! Yeah, that sound's dirty, I'll try to think of something better. Anyways... 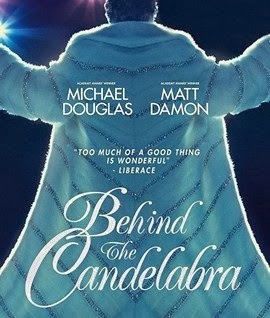 I've discussed Steven Soderbergh before as I like how the man generally makes whatever sort of movie he feels like. A movie about a virus that kills countless people? A flick about male strippers? A fun remake of a famous casino-heist film? Soderergh basically will say, "Sure, why not?" As a result of Soderbergh's eagerness to do whatever he wants we have, "Behind the Candelabra", which is a movie Soderbergh did for HBO based on the memoir by Scott Thorson--one of Liberace's secret lovers. Liberace is played amazingly by Michael Douglas and Matt Damon as Scott Thorson is superb too. I also loved all the various people who popped up in the movie in assorted roles, from Dan Akroyd to Rob Lowe.

"Behind the Candelabra" is a fascinating look into the life of one of the least-closeted celebrities (but yet who still had to hide who he truly was) ever, made all the more interesting as it comes from the viewpoint of someone who is not Liberace himself, but a young fan who finds himself swept up into a glamorous life of luxury and celebrity--along with the potential dangers that come with it such as drug abuse.
While we feel for both Thorson and Liberace, the movie always makes it clear neither are completely blameless when it comes to just who is at fault for the substance abuse issues, rampant cheating, and other drama that seems to follow them around wherever they go. "Behind the Candelabra" shows us Liberace the entertainer, but also the Liberace that Thorson got to know, the man equally as giving as he was demanding, loving as he was judgmental, and above all struggling to live with the closet he was barely in, but still a resident of nonetheless. Both Douglas and Damon turn in stellar performances and the film is quite the fascinating glimpse behind the curtain of Liberace's fame--or Candelabra as it were. Highly recommended.
4.5 out of 5 stars. 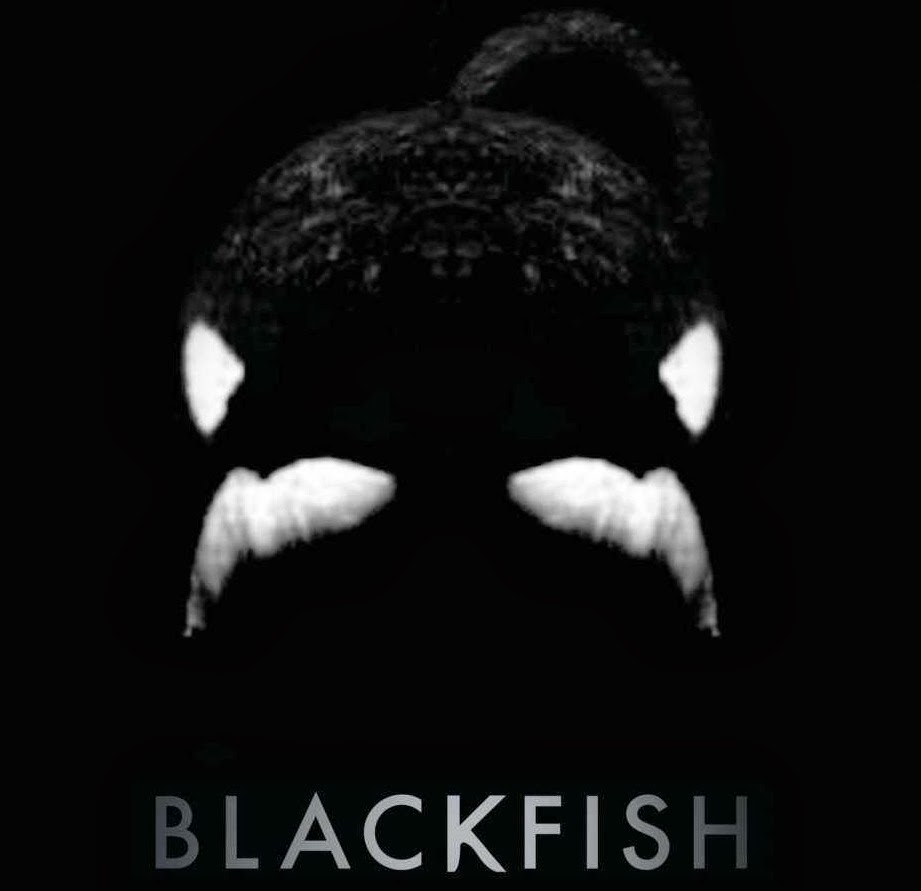 Wow, this documentary is as eye-opening as it is depressing. This film starts with the famous incident at Seaworld some years ago where a trainer was killed, but then moves back in time chronicling how some of these water-based amusement parks came about, and the disturbing ways they acquired they Killer Whales. When you have a man who says he has seen some disturbing things in the wars he's been in, but the thing that affected him most was hearing the cries of the parents of baby-whales as he and his crew stole them away, you start to see why SeaWorld really hates this film.

This movie speaks with former SeaWorld trainers and audience members, focusing on the Killer Whale Tilikum and the question of if his famous attack on trainer Dawn Brancheau was as unforeseen as some claimed, or something that was inevitable due to the conditions Tilikum and other Killer Whales find themselves in.
You have an animal used to living in a community of fellow whales, swimming countless miles everyday, and you keep it in the equivalent of a bathtub and demand it do tricks in order to get fed. Is it really that surprising to think you may have a ticking time-bomb on your hands that could explode into violence at any moment? SeaWorld has plenty of material it has put out in attempts to counter "Blackfish" (here is one of their sites that says it tells the real truth about their whales--cunningly enough it popped up as a sponsored website when I searched Google for "Blackfish"), but the damage to their brand has already been done.

I don't know if after seeing this film I could go to SeaWorld, and if I somehow did, go anywhere near one of their shows featuring Killer Whales. This film really impacts you as a viewer, and anyone with a passing interest in the subject of Killer Whales or general marine life should consider this documentary mandatory viewing.
5 out of 5 stars. 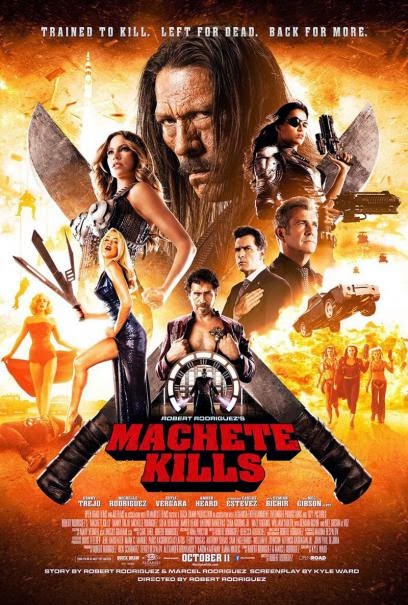 I knew this movie was going to be silly, but I didn't know it would be this silly. The first "Machete" was more of an action movie first, but one with its tongue firmly in its cheek thanks to all the comedy and political satire. "Machete Kills" takes the absurdity and just ramps it up to 11. From the opening "Trailer" for the (potentially) next movie in the series, "Machete Kills Again In Space," to how the rest of the movie brings us to the point where such flick could occur, this is one wild time. Blood is almost constantly being spilled, heads are being chopped off, and almost obnoxiously over-the-top violence is the order of the day. It all has a low-budget and silly feel though so it never feels like grossly-realistic violence as much as it is like watching a really bloody Saturday morning cartoon.

This is a movie where a terrorist with multiple personalities holds an America under President Charlie Sheen/Carlos Estavez (he's officially "President Rathcock", but he's really just playing himself) hostage with a missile connected to his heartbeat. This is the kind of flick where Sofia Vergara is the runner of a brothel who also has a gun that she wears as a bra and calls her "Double-D's". This is a film where Mel Gibson playing an insane bad-guy is one of the more understated crazy elements. To say "Machete Kills" is a silly movie is like saying Red Bull has a little caffeine--you basically respond, "Well, duh!"
"Machete Kills" is enjoyable in its wild abandon, but in its process of throwing out every crazy idea it has and seeing what sticks you get a movie that sometimes feels bloated even if it is only an hour and 35 or so minutes not counting the credits. For every clever concept and joke you get at least two other moments that fall flat or leave you yawning. Seriously, how many times can Machete chop off someone's head with his titular weapon before it gets old? I'm not sure, but whatever amount it is, this film definitely achieved it.

There is plenty to enjoy, but after awhile its just feels like the movie is droning on and on. The assassin named  El Chameleón who can change his/her appearance effortlessly is a clever idea with all the various celebrities playing the role (from Cuba Gooding Jr. to Lady Gaga), but the extensive time spent following the character that really has little to do with the plot makes it feel like just one example of some fat that could have been trimmed to make the movie leaner and meaner.
I enjoyed "Machete Kills" and truly hope they make the teased third film with Machete in space, but this movie definitely could have used some cutting to make it feel less lengthy and to get rid of the jokes and action scenes that were more of a yawn than a thrill. Still, I had a good time and would say this is a great movie to watch when you feel like seeing something just plain silly.
3.5 out of 5 stars. 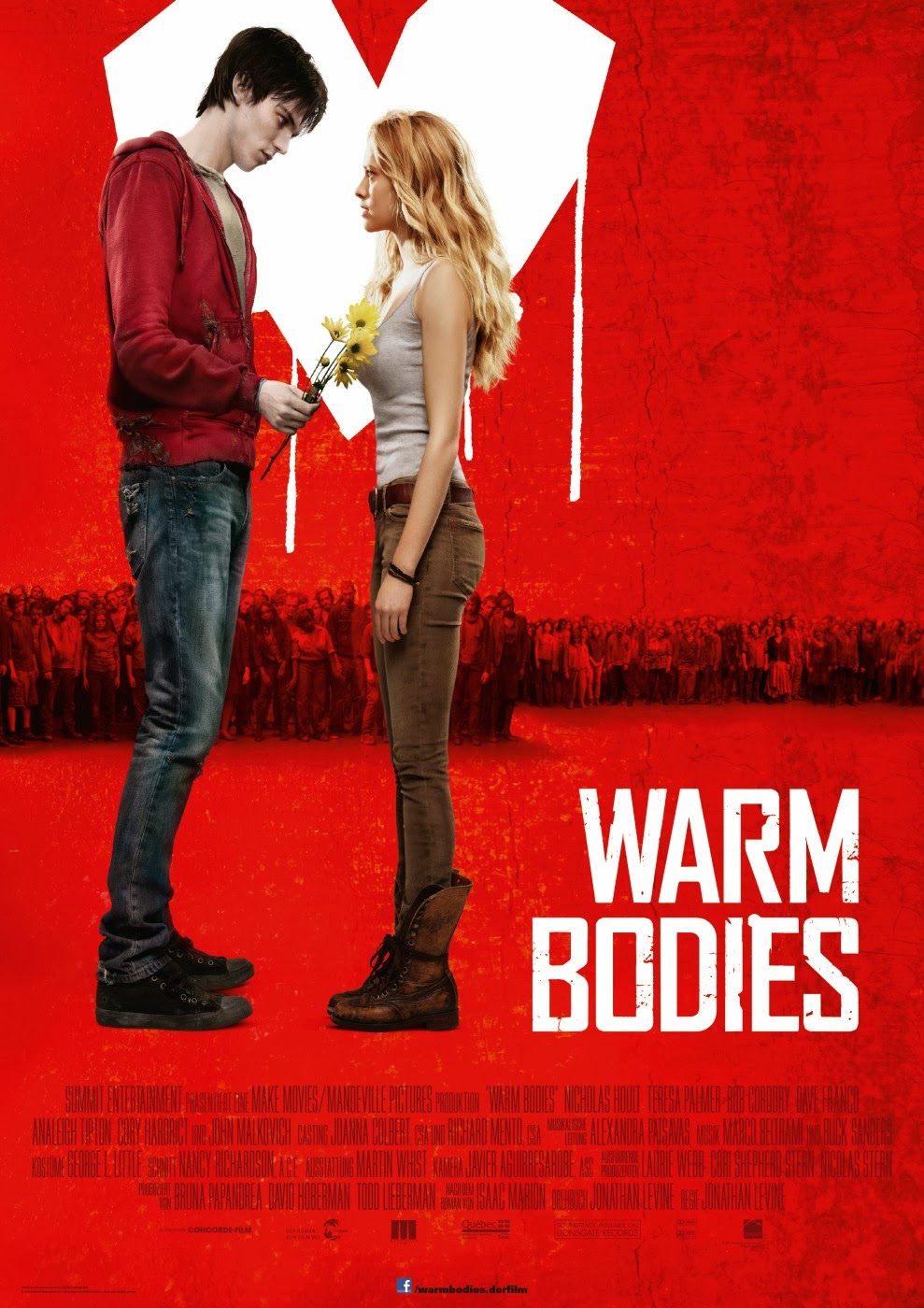 A zombie movie that is also a romantic comedy of sorts. Yeah, I know, I thought it sounded weird too, but upon seeing the film it is interesting how the whole thing works out pretty well, actually.

Apparently based on a book, "Warm Bodies" chronicles the life of a Zombie named "R" (he can't remember what his name was before he became a zombie other than that it started with the letter "R", as he goes about his usual zombie business, wondering if walking around aimlessly and eating the occasional human is all undead-life has to offer. Then he sees the girl of his dreams named Julia and actually feels something. This leads to him protecting her and somehow spreading his feelings of liveliness to the other zombies who still have the ability to reverse their condition(there are a group of zombies known as "bonies" who are basically just bones so therefore cannot be healed and serve as the primary antagonist). This all leads to a climatic showdown at one of the few alive-people outposts in the world.
"Warm Bodies" never feels like a horror film, but has an odd mixture of dark humor, romance, and occasional shockingly-strong-for-a-PG-13-film violence. My girlfriend and I watched it together and found it pretty enjoyable, even if we never really get a good reason for why Julia made "R" start changing (the film literally has him shrug in an uncaring manner when pondering the question, as if the film is self-aware it doesn't necessarily matter).

Basically, "Warm Bodies" could best be described as  some kind of zombie-rom-com or a post-apocalyptic romance story. Whatever you want to call it, it is definitely entertaining enough to see and if you want a flick that combines zombies, violence, and love, and humor, this is not a bad choice out of relatively few options for something that specific (maybe "Shaun of the Dead" could scratch that itch too).
3.5 out of 5 stars.