Film Friday--I Finally Get Around to Reviewing Dark Knight Rises

I Never Did Review The New Batman Movie, Did I? 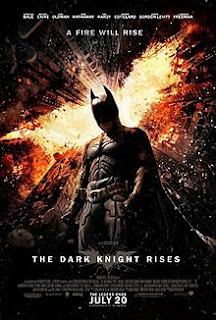 It's been out forever, made a ton of money, and still is in theaters for all of you who want to enjoy repeat viewings or if you're one of the 5 people in the world who haven't seen it yet. Yes, I'm talking about, "Dark Knight Rises," if my post's title and header didn't tip you off to that fact. First I'll give you my absolutely spoiler-free review and then discuss the movie in-depth, giving away everything. Okay? Let's do this. 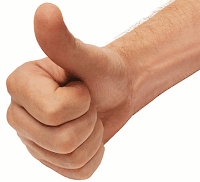 I enjoyed the movie despite some annoying flaws; it's worth seeing.

My Movie-Revealing Review
Okay then, let's get into the nitty-gritty of what works in this and what doesn't. I saw this as part of one of those big trilogy-screenings that theaters such as the AMC I attended did. Therefore, I got to see, "Batman Begins" and, "Dark Knight," again before the midnight premiere of, "Rises." This helps me come to the conclusion that Dark Knight is indeed one of the best super-hero movies--if not movies in general--that have been made. "Rises," is better than, "Begins," but also actually ties into the first movie a lot with all of its guild of assassins business and such. Whereas, "Dark Knight," could really be viewed as just its own masterpiece of a stand-alone movie, "Rises," cannot exist without, "Begins," and some of the key plot elements of, "Dark Knight," mainly Harvey Dent's/Two Face's death being blamed on Batman.

It makes sense to tie everything back together, but it comes off a bit as an attempt to have way too much of an, "This series is an epic multi-movie event," feel instead of just being its own superior movie. That's okay though, I suppose. What I cannot get over is how much I hate Bane's voice. Bane is a huge force of nature to be reckoned with, he shouldn't have a high-pitched & Sean Connery-esque voice. Also, was there any doubt Marion Cotillard would turn out to be a bad-guy? Yes, you keep waiting for the reveal, and waiting, almost to a point where you think, "Hey, maybe she isn't going to turn out to be a villain!" but sure enough the so-called twist comes and we learn she's Talia, the daughter of Ras Al Ghul/Liam Neeson (who puts in a good-if-brief appearance as a hallucination of Bruce Wayne).

Bane isolating the city and letting it go insane is a cool element, though the movie comes off as really against Occupy Wall Street even if Nolan wrote this before that was a thing. The sad rich people have all their stuff taken away from them and the dirty poor folk make everything a mess until the police are freed from the tunnel they are trapped in and enforce order--yah for police beating up people! Some say this view is wrong as Bane is lying when he says how he is there to give power the people--after all he plans to blow the whole city up anyways. What, so you're saying Bane's lying makes the movie pro-Occupy Wall Street? Um yeah, no. Even if Bane plans to blow the city up, it still is clear this film is more on the side of order and everyone being in their place--which is odd as, "Dark Knight," actually tried to show how the fascism of Batman wasn't too different from the controlling-everyone-by-fear aspects of The Joker. Here though, it's made clear how Bane could not be more different from Batman with his nightmarish upbringing (which we later learn is a lie and is Talia's story, so what of Bane's supposed history is true?), kill-happy nature, and evil ways.

Oh, and let's not forget Selina/Catwoman, whom is never actually called that in the movie, but c'mon, she's Catwoman! Anne Hathaway starts out as a sexy fiend who seems to be either bisexual or a lesbian, but by the end of the movie she seems to be, "cured," of her, "wrong," sexuality and now is a good little straight housewife to Bruce Wayne--who it turns out did escape that atomic explosion thanks to the auto-pilot in his Batplane that is constantly mentioned to foreshadow Wayne's escape. Hathaway is slinky, she doesn't ascribe to society's rules with her sexuality, stealing from the rich, and otherwise being against the norm. By the end of the movie she's now just a good-girl who is with Wayne though. Talk about a heteronormative ending.
Also, please don't give me that line about how the movie's conclusion is ambiguous. Alfred is not imagining that he sees Bruce Wayne with Selina in the cafe that the movie ham-fistedly foreshadows even worse than the auto-pilot. He does see Bruce Wayne and the movie gives us the happy ending of Batman being able to retire with a pretty lady. You do think Bruce would try to alter his appearance some as people would probably see him and go, "That guy looks like the famous dead billionaire, how odd." That's being nit-picky though.

So far I'm being awfully hard on the movie, but I did in fact quite like it. The story of Bruce Wayne coming back from defeat is good and Joseph Gordon-Levitt is awesome even if he seems to be one of the many people who suddenly are able to figure out Bruce Wayne is Batman (seriously, his identity is either known by or revealed to a lot of people). The action set-pieces are awesome and nothing beats that football field collapsing in a way even more impressive than the previews for the film hinted. I liked so much of the movie, but the flaws in it just bugged me enough to go on about them at length because I feel like this is a really good film that is so close to being as much the masterpiece as, "Dark Knight," but can't quite pull it off due to its many plot issues, weird social and political messages, and Bane's terrible voice.
The story is still strong enough that I can't be too mad, and Nolan remains as much the master of cinema as he has been with amazingly done fight scenes, dramatic moments, and a strong complimentary score by Hans Zimmer that some complain is a bit too overbearing but I think is just perfect. Yes, I'm not easy on this film, but it's because I care about it and it has all these aforementioned elements that I really did like.

Overall, despite the complaints I've expressed, this really was a good film, if not one as great as, "Dark Knight." I've only seen it once at that midnight premiere but I definitely want to see it again. It's a good end to the series and whether this tale will continue on with John Blake (whom we learn at the end is really named Robin, nicely done there, Nolan) assuming the role of the Batman, or they will try to reboot the universe in anticipation of a supposed eventual Justice League movie is the new question on people's minds. Whatever happens, I'll always be glad that Nolan came along and showed that you can make deep, thoughtful movies about something people occasionally think of as disposable and childish entertainment. Nolan's take on the super-hero movies has been superb and it is sad he doesn't want to do anything else with Batman--as he has had to make clear sternly in countless interviews, but I also do understand his wanting to move on to new things.

So yeah, "Dark Knight Rises," a really good movie, but not the greatest ever.
4 out of 5 stars.
Posted by David Charles Bitterbaum at 3:11 PM