The Doors Open, The Crowd Floods In.
The big Comic-Con happened just recently. If you know comics then you know when I say the Comic-Con that means San Diego Comic-Con/Comic-Con International/That Thing Where Tickets Sell Out Immediately  To Be Stuck in a Suffocating Crowd With The Hopes of Getting Into a Twilight Panel If You Wait Enough Countless Hours Outside The Event Hall and Don't Get Killed In The Process. Various things happened there and I will talk about what I found interesting whilst completely ignoring what I did not. I know we are past the point of this being "new" information, but I would hope if you like comics you don't just read my blog, that of a single man who is hopefully entertaining enough that his sporadic posting and occasional spelling/grammar errors can be overlooked. If you do just read my blog...um, thanks?
The News

Neil Gaiman is making more Sandman Comics. When this news was announced countless goth-girl fans of his screamed with delight and nearly passed out from a joygasm. It will be a prequel of sorts.
J Michael Straczynski is not only a complete asshole as quotes from him about Before Watchmen made clear, he also is going to be making new comics--but just for the purpose of getting them made into other media such as movies. I hate it companies and people do this, and his comment about making, "New IPs [intellectual property]," instead of, say, wanting to make interesting stories just pissed me off more. It's sad because I loved Supreme Power (not really anything else he did, however) but this just makes me further committed to not buying anything from him again, ever. 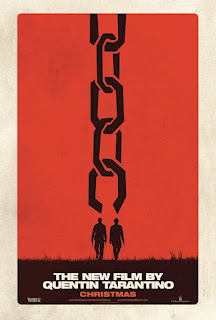 If you've been listening to any mainstream comic book news lately you have probably heard about a newsman having the balls to (wisely) call "bullshit" on, "Before Watchmen," as something honoring Alan Moore's vision while he protests it being made. That isn't really Comic-Con News but leads into my mentioning of the panel for said comics. I have zero interest in Before Watchmen and whatever was discussed there, but something interesting to me did happen in that Quentin Tarantino showed up to crash the panel and announce how a comic was being made of his movie, Django Unchained. I hope the movie is good, and perhaps the comic will be too. 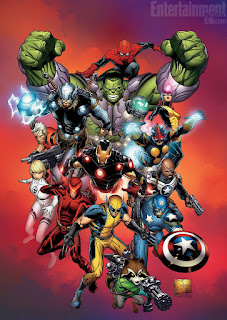 "Marvel NOW," which I think we are legally required to make sure we put the, "NOW," in all capital letters is a thing. Marvel NOW AKA "Let's Basically Copy The DC Relaunch and See How That Works Out," was further elaborated on at San Diego. Pretty much some comics get re-launched (but the world is still the same, so don't say reboot!) and a others oddly keep their numbering, a bunch of heroes change outfits, new comics debut, and it becomes abundantly clear Marvel is making this up as they go along because some of the comics being given new numbering have been around all of a year (as I saw pointed out).

Stephanie Brown was a character in DC comics. She was known as Spoiler and has been a Batgirl. When DC did their big world-relaunch/reboot she was made to no longer exist. The Smallville Comic (which continues the story of the TV show out of Smallville and into Clark Kent's first year as Superman...yet is still called Smallville) is going to be bringing Batman into the mythos. His sidekick was to be Ms. Brown, to the delight of many fans who mourned her being gone. Then suddenly DC did a big switcheroo making it so she wouldn't be there, instead it would be Barbra Gordon. At this point all the fans of Stephanie Brown sighed yet another disappointed sigh and went off to sob in a corner somewhere--as they generally do because good news never comes their way.

Speaking of Smallville-type news. The newest DC television series about a young hero--this one focused on Green Arrow--was screened at Comic-Con and apparently looks promising. I still probably won't watch it because I just don't care about Green Arrow. At all. That and I never watched Smallville really.

Deadpool gets his own video-game. The very crass-but-cool trailer at the link seems true to the spirit of Deadpool with its humor and ultra-violence. I really hope this is good.

Marvel announced their new movies. A new Captain America, Thor, but then in really fun stuff Ant Man and Guardians of The Galaxy. Well all right! Plus they screened teasers for Iron Man 3 (I'm excited for that too) and test footage for Ant Man I'd love to see. 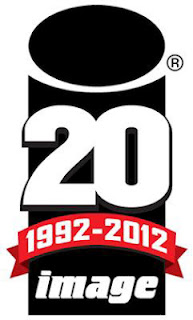 Image Comics announced a bunch of new stuff at Comic-Con, some by creators I am excited to read new stuff from, such as Joe Casey.


Then Things Ended
That's all I really found particularly interesting and worth commenting on. Here's hoping things are as good as what has been promised (except for Straczynski's stuff, bleh to him).