The Flashpoint Hardcover, A Movie About Damn Dirty Apes, And "Our Love Is Real"

A New Morning
Flashpoint had its hardcover come out a bit ago, I read that and thought I would offer some opinions. I also viewed, "Rise of The Planet Of The Apes," and found it quite solid. I also wanted to discuss an odd little sci-fi comic I read titled, "Our Love Is Real."

Countless Tie-Ins Aside, Was The Main Story Good?--Flashpoint Hardcover 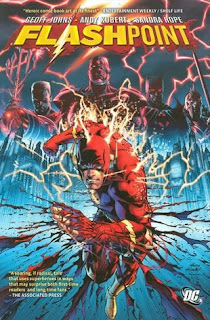 Seriously, this comic had a lot of tie-ins. For those out of the know, "Flashpoint," had this plot where Barry Allen, The Flash, wakes up from a nap and the whole Universe has changed with only our titular hero being aware everything has gone horribly wrong. The main comic told his story while the many, many tie-in comics fleshed out the Universe. I didn't bother with almost any of the tie-in comics and it seems I didn't miss much as only the Batman one was truly awesome, and the Outsider one was worth a gander. 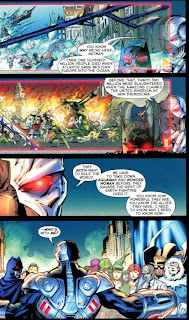 We essentially have a tale of another universe as Barry Allen and Batman (who Batman is in this Universe is a pretty nifty twist) try to go about fixing things--and what a messed up universe it is. Aquaman and Wonder Woman are villains at war with one another, there never was a Superman, and Frankenstein's monster fought in World War II. Okay, that last one is actually pretty cool and good thing, but you see where I'm going with this. 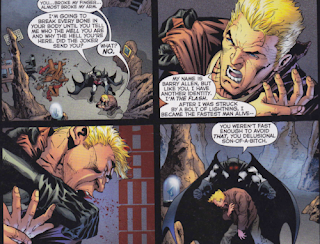 The question is if this comic is in fact worth reading if you don't know much about DC continuity or didn't bother to pick up all those other stories that relate to this. I would say, yeah, this is a pretty good yarn. Writer Geoff Johns can tell a fun tale without too much blood and guts or death (See: Blackest Night for something with those features) when he wants to, and this is pretty entertaining. From the none-too-shocking twists that occur off-and-on to the nice artwork, and heartwarming quiet scenes to go with the crazy action-packed ones, this is a generally good time. 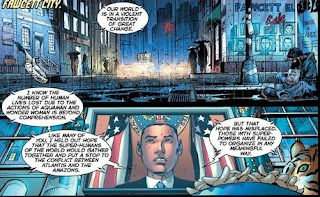 True, you could get all the other issues/upcoming trades to fill-out the whole story, but you don't really need to (although as I said, that Batman one is pretty killer). Not knowing much about DC continuity didn't hurt me too much even though I wasn't sure who some of the people were and why it was surprising they were suddenly heroes or villains in this Universe, but I still enjoyed myself.
3.5 out of 5 stars.

Moral Of The Story? Don't Make The Chimp Angry--Rise Of The Planet Of The Apes 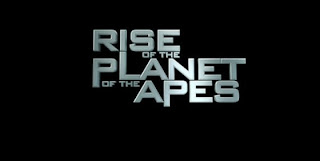 This was better than I expected, and I expected it to be decent but not too good. As you by now are probably aware, this is a prequel to the Planet of The Apes movies (and I would hope you know by now that the main twist of the old Planet of The Apes movie was that it was Earth all along--get it?). As you also are probably aware this did well in theaters and has a sequel in the works and got pretty good reviews. What did I think? As I said, I was impressed. Yes, it spent a little too much time showing our hero-chimp named Cesar gathering his army of apes, and perhaps the love-interest James Franco develops seems to serve little-to-no point other than giving him someone else to give exposition to, but those are minor flaws compared to what the movie gets right.

What does the movie get right? Well, it pays homage to the whole idea of the astronauts who got lost (the very ones who come to Earth in the future movies, clever), the special effects are amazing, the movie subtly sets up how the humans could end up being a minority to apes without hitting us over the head with that plot point leaving it as something for sequels, and boy are those action scenes of the apes causing mayhem in the city and at the Golden Gate Bridge spectacular. 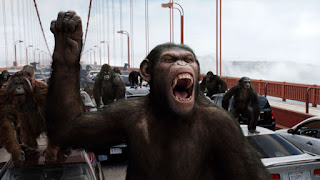 This was an entertaining movie. It had a bit of a morality lesson about how we treat animals but wasn't too preachy, it had action, moments of reflection, and of course apes rising (so it delivers on what the movie title promises). I'd recommend seeing it regardless of if you've seen the old Planet of The Apes movies, and even if that one recent remake of the movies left a horrible taste in your mouth and has you fearful of this. Don't worry, this is actually good.
4 out of 5 stars.

Now For Something Completely Different--Our Love Is Real 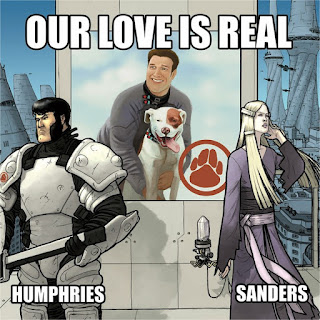 I have read a really weird comic. It's about a world where there are people who have relationships with minerals--like stones and gems--through auras, people who are into vegetables, and zoosexuals, like our protagonist who has a dog at home he counts as his lover. In this world none of this is kept secret but is instead out in the open and accepted (except for vegisexuals who are protesting for their rights, it would seem), and basically there are of course some plot developments that make us the reader question what love is and such. For a comic about such a controversial idea it is never really that gross or sexual, but even the idea of these sort of sexual acts is probably enough to make some people really upset by the existence of this comic. 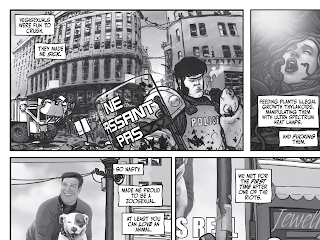 It was self-published but sold like gangbusters multiple times until Image comics picked it up and helped publish it. It's an interesting read and the art is good, plus as I said it isn't especially dirty, just odd. Still, I found the way a romance in the story developed to be a bit too forced--which I guess is understandable as you only have so many pages--but I can't excuse the weak ending. At least I found it pretty weak. Still, it was an intriguing comic with a unique and very strange idea that worked pretty well until the subpar close, so I suppose I could say I enjoyed it a pretty good amount. I picked up the first and second issue of a new mini-series by the writer, Sam Humphries, so I wonder what it will hold.
3 out of 5 stars.

An Old Evening
That's the day's business, as they apparently say--and if they don't say it, so what? You have no proof otherwise. In all seriousness, "Flashpoint," was a pretty good read, "Rise of The Planet Of The Apes," was quite enjoyable, and, "Our Love Is Real," just has a certain strange charm about it.
Posted by David Charles Bitterbaum at 12:38 PM