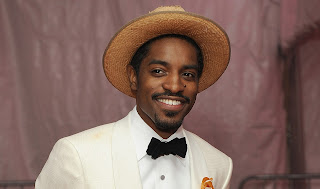 I've never made it a secret OutKast is my favorite band ever and that I feel Andre Benjamin AKA Andre 3000 is the greatest rapper alive--even if lately he rarely releases any work. This relates to how Frank Ocean's new album, "Blonde," is currently on the Apple Music that some people use and in two weeks will be available on more digital platforms. These two facts relate because I've heard, " Blonde," is really good, but what gets me extremely intrigued is that Andre 3000 pops-up for a brief track where he spits an incredible verse and then disappears to (I assume) return to his self-imposed exile, because damn-it we don't deserve someone as incredible as Mr. Benjamin! In about a minute he touches on everything from police brutality against black youth to controversies over rappers possibly having ghostwriters (*cough* rumors about Drake *cough*), and more.

It is a piece of majesty and I'll link to this article that has a YouTube clip of the song, but I won't bother embedding the track as currently Apple is hard at work issuing take-down notices to anyone listing the tracks from, "Blonde." They gotta get their money's worth from that two-week exclusivity deal don'tcha know! Just hearing those bars makes me start wishing for a new OutKast album even harder. Someday it could happen, maybe. 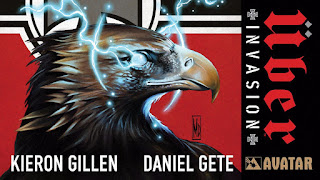 I greatly love much of what Avatar Press puts out, and immensely enjoy reading Bleeding Cool which is a gossip and news website owned by Avatar Press. In fact, I've talked with Bleeding Cool recently, sending a message asking if it would ever be possible to have the honor of writing something for them. I would be overjoyed to do so, but if this statement of immense annoyance with Avatar Press rubs them the wrong way...oh well because my number one goal with my blog is always to speak my mind. Right now my mind is feeling really perturbed that Avatar Press is doing something I've discussed as being quite irritating, that being their running an unneeded Kickstarter campaign.

I was a big fan of, "Uber," when it was coming out and ended on its shocking cliff-hanger of super-powered Nazis preparing to invade America. That issue came out some time ago and I was wondering when the new arc would start. Well, I got my answer today when a press-mailing from Avatar Press to me announced how a Kickstarter to fund the latest arc had just begun and could be found at this link. One question: Are we fucking serious here? I understand a publisher running a Kickstarter campaign if they're smaller and want to do something special that won't be found in comic-shops, or if they are in deep trouble and seriously need the funds to survive--remember the big Fantagraphics one? That said, this is in the realm of when Archie Comics did their re-launch Kickstarter that was quickly scuttled due to fan outcry. It is wholly unnecessary because we are talking about a big company that could easily fund and release this comic. I could maybe, maybe excuse this if it were a completely new series/reboot/relaunch that faces a modicum of doubt regarding if people want to buy and read it. This isn't such a case however, because, "Uber," was a smash-hit and any sort of follow-up to the initial series is bound to get plenty of fans excited. This isn't Avatar Press' small imprint Boundless trying to get some old series relaunched, this is a big-deal comic. 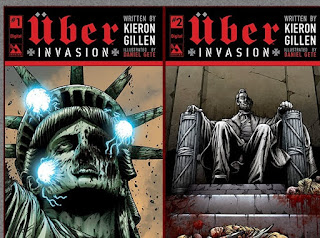 I'm honestly not that angry, just (as I said) irritated and also significantly disappointed. Also, don't get me wrong, the artwork looks incredible and Kieron Gillen is an amazing writer with a great story in, "Uber," that I'm excited to see the conclusion of. I'm just really turned-off by the whole way Avatar Press is going about making and releasing the comic.

What a Day, and it's Barely Lunchtime!
Between getting to listen to the first Andre 3000 verse in quite some time today and learning of an unnecessary Kickstarter campaign I've already had quite the day and it is barely past noon. Who knows what the rest of the day could hold?
Posted by David Charles Bitterbaum at 12:08 PM