$4.99 Should Really Not Be a New Price Point for Comics 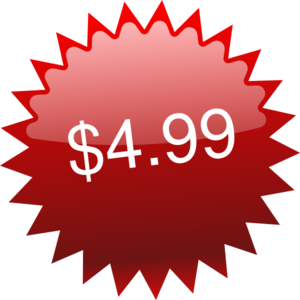 There have been folk noticing that certain comics from Marvel are jumping up to $4.99 in a trend reminiscent of how some comics went to $3.99 with the standard number of story pages and a back-up strip before eventually losing the back-up strips and just costing $3.99 (a trick both Marvel and DC pulled some years back). That of course was followed by almost all the comics then becoming $3.99.

This has led to theorizing we could see average-length comics for $4.99 before too long. If you're something besides a big event such as "Secret Wars" #9 or a few other cases what I do say to such a proposal? No, just no. 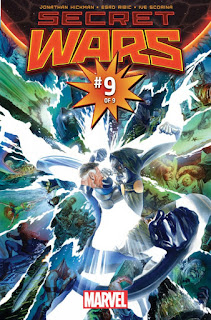 Seriously, there are many interesting-looking comics I don't buy because even just $3.99 is just too steep a price-point for me when something that costs 4 bucks after taxes takes me all of 10 minutes to read if its mostly splash-pages. I know, I know, I should take my time and savor the artwork in a comic, but sometimes you just breeze through those suckers if the art is okay and the writing is minimal.

Now, I'm not utterly opposed to a $4.99 comic if I feel I'm getting my money's worth. Give me a 72-page magnum opus or even a meaty 48 pages and I'll be pleased (I even don't mind the $7.99 price-point for "Island", but that's basically a massive monthly graphic novel anthology). That, or you could look at the current "Providence" comic coming out from Alan Moore and Jacen Burrows which has a very detailed regular comic and then a great deal of prose back-matter that results in those five dollars lasting me a good hour in terms of time spent reading the book (and it is simply 40 pages or so each issue between the illustrated parts and prose sections). 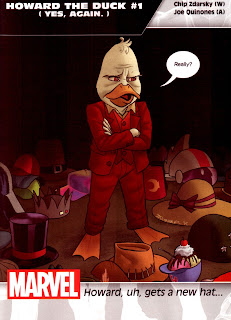 The idea of Marvel or DC taking more (or all) of their books to $4.99 just absolutely disgusts me and even if the new relaunch of "Howard the Duck" (yes, the 2nd this year) is going to include a, "Gwenpool," back-up I'm seriously considering just not picking it up. "Howard the Duck" has tended to be a super-solid comic, but I don't know if this whole Gwenpool business of taking Spider-Gwen and Deadpool then mashing them up into a single character is going to have much in the way of staying power or entertainment value. I suppose time will tell and I should at least try the first issue of the new series, but I'm definitely wary.

This isn't just a concern with Marvel and DC either. I could picture some smaller publishers raising prices because it is admittedly harder for the smaller folk to turn a profit, and $3.99 or $3.50 has kind of become the standard price-point for a comic with a few lower-priced exceptions--and when something is only $2.99 that does in fact greatly increase the chance I may buy it and give it a read. That said, when the day comes a 24 page comic is $4.99 that is the day you can basically guarantee I ain't buying that book no matter what. Oh, and let's not even discuss $5.99 as a price-point for anything less than a solid 72 pages or so.
Posted by David Charles Bitterbaum at 12:15 AM