Good Times (Almost) All Around 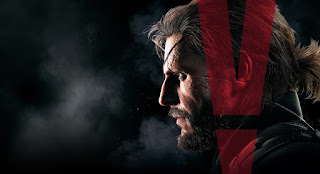 There is a game that has been taking up a solid chunk of my time lately because it is quite fun. The game is, "Metal Gear Solid V: The Phantom Pain," or MGSV for short. It is immensely entertaining and a truly open-world in the sense of how those of us who enjoy video-games use the term (at least, it is after a long tutorial/prologue section). The fascinating thing about MGSV is that despite having the best gameplay of any title in the series, the story is overall quite weak, and basically unfinished.

As many have discussed, a lot of things are left up in the air in the main plot, and even though I have barely scratched the surface of the game I did something I never did with any other, "Metal Gear," title, and went and read-up on all the story for the game and spoiled myself thoroughly plot-wise. I did this because I had some concerns that the game was going to do something stupid with the plot, and sure enough it goes ahead and does so. I am now aware the ending is quite absurd, and puts the entire story into a new light, but in a terrible way.
The thing about all this story-business however is that I don't care. The game itself is so fantastic that even though normally I played MGS-titles for a wild story I'm okay that this one apparently goes off the rails once you get further along. I mean, perhaps another game will come-out that puts this story more into perspective (after all, it took MGS3 and MGS4 in order for MGS2 to make a lick o' sense) but it is sad to think Hideo Kojima is of course no longer with Konami so even if we see another game from the studio (or even a different one if someone else buys the rights) the odds are very slim Kojima will be involved.

Again though, the game-play is amazing, so it ends up being perfectly okay that the story has immense issues. In terms of how much of the game I've actually experienced so far on the Playstation 4 it is an incredibly small amount even if I've put in a number of hours, so I won't post an actual review score. That said, this is one incredible time and I would highly encourage you to check it out.
Posted by David Charles Bitterbaum at 5:16 PM