I have a thing against binge-watching. I know many people love to do it, but I just often don't care for it. I usually feel the best way to enjoy a show is to slowly take it in, savoring an episode or two a night until you're eventually finished with a season or series. I worry that if you rush through a show all at once you miss certain things, skip out on the chance to reflect about the show, and worst of all feel pretty terrible when you binge-watch a program and then feel that horrible depression of realizing it is over.

Why Did I Binge on this Show? 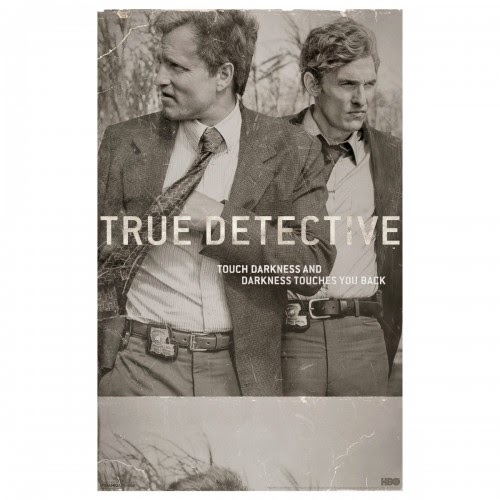 Due to lacking HBO I didn't watch "True Detective" when it was first coming out, although I would see occasional articles or internet posts talking about how it was a wonderful show full of strange elements, drama, action, and everything else people want in their entertainment. I really didn't know what the show was about other than how it involved two detectives--played by Matthew McConaughey and Woody Harrelson--who face a crime in the near-present day that they thought was solved back in the 1990's. Still, I liked the two main actors, have enjoyed other HBO projects, and generally like a good mystery story, so I rented the first season from a V-Stock (they're like if Barnes and Noble, Gamestop, and a comic-book and trading-card store had a baby) on Friday and proceeded to devour the entirety of the first season the next day.

Now, one big question is why did I binge-watch this show? I'm not sure, honestly. Perhaps it was because at just eight hour-long episodes it felt manageable. It could be I didn't want to have to re-rent the DVD if I got busy after the weekend and lacked the chance to watch further. Maybe I binged because I was curious about who "The Yellow King" actually was. I reckon it is a mixture of all of those factors. As it is, I'm happy it was "True Detective" I chose to binge-watch as it was a really good show, if not the best-ever as some claim.

How is the Show Itself? 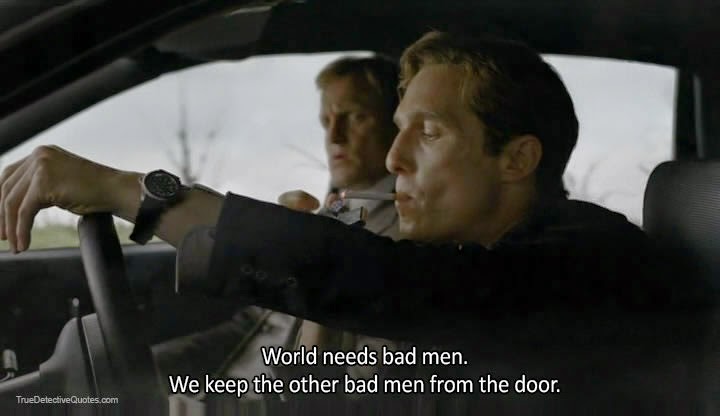 "True Detective" is fascinatingly weird. Although in the end the plot turned out to be a pretty standard murder-mystery whodunit with a moderately straightforward villain, there was plenty of surreal aspects to the show that made it a bizarre journey regardless of the conventional destination. Rustin Chole (played by McConaughey) is as nihilistic as you would imagine a person can get. He's often quiet and reserved, but once he gets going on philosophy, the futility of life, the psychosphere, and other concepts you've got to pay close attention if you have any hope of understanding what he is getting at. Meanwhile, his partner Marty Hart (Harelson) is your regular guy, albeit with some anger issues and a tendency to cheat on his wife. Together they deal with personal issues whilst attempting to solve a strange murder in 1995 with occult-themes.

The show follows an interesting structure of having the characters in the present day sitting in a police office for the first two-thirds or so of the season, often narrating what happened in the past with us viewing it, moving closer and closer to the present day until in the remaining number of episodes we see our two detectives come back together to attempt and solve a mystery that they thought had ended in 1995, but clearly wasn't actually solved. 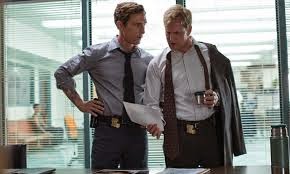 "True Detective" has two fascinating leads and some other solid supporting gentlemen in the cast. While the females on the show are barely developed as characters to a somewhat worryingly misogynistic degree, "True Detective" earns enough goodwill from being an intriguing story that you can almost overlook flaws such as those. Almost.

"True Detective" has so many great attributes, it makes the troubling annoyances especially irksome, as one could almost think this would be the perfect show if not for them. The aforementioned portrayal of females, how certain characters from the case in 1995's relation to the villain 2012 is minimally mentioned, the hints of a massive conspiracy that end up mostly dropped at the end,  and if the supernatural aspects were meant more as a delusion of Cohle's or were in fact a kind of extra-sensory intuition, to name some complaints (I'll actually let that last one slide, as leaving it up-in-the-air about Cohole is kind of clever). 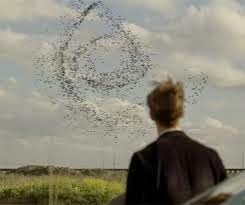 Still, despite some things being irritating there is plenty to find pleasurable in the first season of "True Detective". I love the acting, the dour mood is perfectly set by cinematography, this season is its own self-contained story with the next featuring a brand-new cast and case, and of course that six-minute long tracking-shot in episode four is just plain incredible.

All the positives and negatives coming together still results in a show with more to applaud than reprimand, and for that reason "True Detective" is indeed a high-quality program I would suggest others watch and delight in as I already have. Still, the final question of course becomes, was my exercise in binge-watching worth it?

So, Was Binge-Watching the Right Choice? 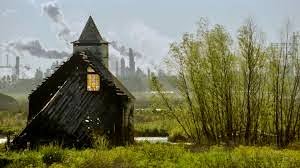 My biggest worry with binge-watching is how I mentioned I'm concerned about missing certain details due to barreling-through a season. Fascinatingly enough, during my binge-experience with "True Detective" I picked up on certain things I might not have noticed were I watching the episodes with a greater span of time between viewings. Little things such as how Hart would always check a pay-phone's coin slot after making a call, or how a mention by Cohle of a strange taste in the air is discussed again towards the end of the season. This has me thinking that just as perhaps there are benefits to taking a show slowly, certain aspects of binge-watching can be recommended too.

In the end it comes down to how much time one has to either binge-watch or steady-watch--as I call it. Should you have the hours to spend I suppose there is nothing wrong with binge-watching, as long as you understand that by having spent a whole day with a show you might have an immense depression once it is all gone so fast (the biggest downside to binge-watching, from what I've observed). Therefore, I can't really say if my binge-watching "True Detective" was the right choice or the wrong one. It simply was a choice I made. I'm unsure whether I plan to binge on any other shows in the future or savor them slowly, but I will say that if one were to binge on "True Detective" or take their viewing of it slowly, they still will have a downright fun time.
4.5 out of 5 stars.
Posted by David Charles Bitterbaum at 8:05 AM