NEWEST UPDATE: I have reviewed the earlier episodes of season 2 here.

UPDATE ALERT: See my newest thoughts on the show here.

"BFFL", as I will call it from now on because it is easier to type and if you say it out loud it sounds fun (kind of like, "Biffel"), is a show about a woman named Whitney Thore (check her website out here), along with her parents and friends. Whitney gained some attention when a video she posted of herself dancing went viral about a year ago, and she is currently working at making more videos, finding a man to fall in love with, and the like.
"Tons of people make videos of themselves dancing, what made her clip so special?" you may be asking. Well, Whitney is a large woman and proud of it, or as she puts it, "I'm a fat-ass, but I'm also a bad-ass." Whitney's video of, "A fat girl dancing," got attention because many people liked to see a woman who was comfortable with her body doing something that it is sometimes thought only skinny people would do--namely dancing super-intensely.

Whitney is okay with the fact she is large, but does want to lose weight for health reasons, and it is at this point we arrive to a plot element that makes Whitney a bit different from the usual large person. You see, Whitney has polycystic ovary syndrome, an endocrine disorder which can increase the testosterone in her body and causes many women with it to gain immense weight. This resulted in Whitney gaining hundreds of pounds during college and being unsure what the problem was until recently, where we now see her okay with her body but still wanting to lose weight and be healthier. 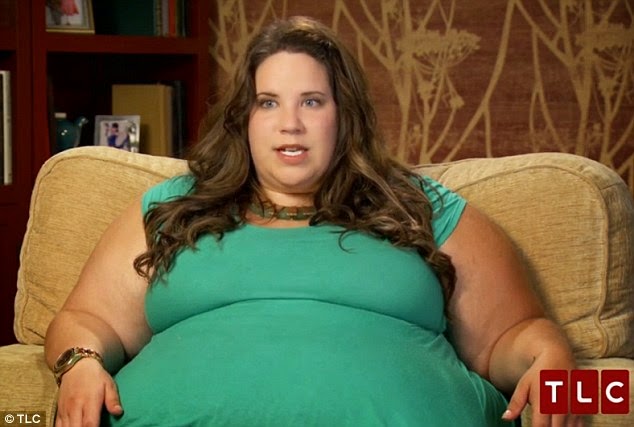 The fact Whitney has PCOS makes me think TLC is kind of getting to have its cake and eat it too. They get to have a show about a large woman who talks about how she loves her body despite people judging her, but have the caveat of, "Oh, but she didn't get large like most people." Basically, TLC gets to not anger those who support large people with a show that says, "Love your weight," but also keep health-nuts pleased with the message, "It's okay to lose weight too, and again, don't get mad at us because she has a medical reason for the weight also."

A part of me just feels like TLC should own the message of, "Bigger is better," or "Losing weight is good," instead of trying to have it both ways, but that has nothing to do with Whitney or her journeys through life as much as it has to do with TLC. Putting aside the question of TLC's motivations with the show it is worth discussing how it is.
"BFFL" is a perfectly enjoyable program. Whitney is funny, open about her body, not afraid to discuss her sexuality (something I admire as it sometimes seems the media wants to ignore that fat people have sex, instead only focusing on the sexuality of skinny folk), and seems like a legitimately nice person you would enjoy being around--unlike some people on reality shows whom you want to shake some sense into. Whitney's mother, Babs, is absolutely hilarious and her father, Glenn, is nice too. She has a brother named Hunter also, but his screen time was so minimal in the first episode I don't really have a feel for him.

We see other folks pop-up on the show too, from her dancing-partner to a male friend who may grow into more than a friend if previews of what this season holds are any indication. It is basically just your regular reality show following someone going about their life, with one of the "hooks" being how Whitney is a larger woman, and the other "hook" arguably being how she is quite the skilled dancer and working to possibly make a career out of it. It would be somewhat unremarkable were it not for two elements... 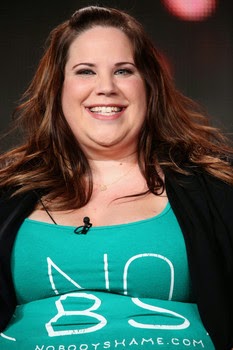 One thing is that Whitney is in fact a really, really good dancer regardless of her weight, and her routines are quite impressive to watch. The second element is that Whitney really is quite fun and easy-to-like, something it seems too many reality shows lack with us hating the main characters (I don't know about you, but anytime I see a Kardashian on my television screen I want to vomit in rage and agony).

Having only viewed one episode of "BFFL" so far, and keeping in mind my post about how you should never too quickly judge a show based on its pilot or early episodes, I am cautiously optimistic that this might be a program I enjoy watching. Putting aside any questions of what TLC is trying to say with the show or get out of it publicity-wise, "BFFL" is good fun, thanks to the fact that Whitney is such an enjoyable person. Were Whitney less of a delight this show would easily be a clunker, but she makes it incredibly fun even during the more dull moments. With that in mind, I can say that terms of sheer enjoyment the first episode is easily...

Now it just remains to be seen if future installments of the show can continue the trend, with the second episode airing tonight on TLC at 10PM Eastern, 9PM Central.
Posted by David Charles Bitterbaum at 5:54 PM