A Johnny Ryan comic, The Newest Muppet Movie, and A Book on 2001: A Space Odyssey--All Have Been Observed

The Journey Begins
I've read Johnny Ryan's, "New Character Parade", seen the newest Muppet movie ("The Muppets"), and I have read another of those BFI Film Classics books, this one about, "2001: A Space Odyssey."

This Man Has Problems, And I Love Him For It 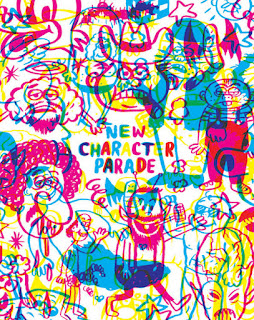 Johnny Ryan makes some seriously twisted stuff. It can be disgusting, highly sexual and inappropriate, violent, and often is extremely clever and/or hilarious. In, "New Character Parade," Ryan pretty much thinks up a character or concept, and spends 12 panels on it before moving on. This results in utterly insane things ranging from, "Sir Oreo Monocle," and, "The Comic Book Badass," to, "Pervert Reagan," and, "Randy Warrenhole," and those are the ones that don't have super-explicit swears in their name.

This book is offensive to a degree that will shock many but if you can relax and see the humor in it you'll almost assuredly laugh. I find the book most interesting when it gets its most absurd, not necessarily being as dirty as possible, but strange and silly. Yes, Johnny Ryan is indeed a man with a very weird mind, but it is one that is worth seeing the results of when you give him a pen and paper.
4 out of 5 stars. 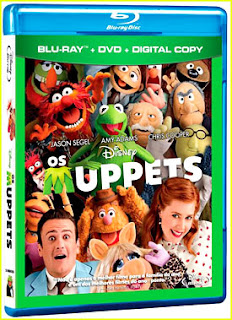 Upon finishing watching, "The Muppets," with my girlfriend she commented that she thought it would be better. Not funnier, more dramatic, etc. just better. I suppose I can agree this isn't as good as those classic Muppet movies, but what was the chance this could have measured up to those incredible works?

No, this isn't amazing, but this is enjoyable and satisfying. It's satisfyingly enjoyable. The plot isn't too complex but its mostly there to allow the jokes to happen, all the Muppets characters do a great job being their funny selves, and Jason Segel and Amy Adams to make a great duo. 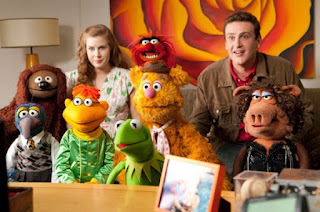 I found myself often giggling at the jokes, and being a bit touched by the more heartwarming moments. Perhaps I didn't bowl over laughing as I did long ago with, "The Muppets Take Manhattan," but I still was enjoying myself. Plus, there was a fun mini-game of sorts in identifying all the celebrities who appear in cameos--try and spot them all!

"The Muppets," isn't the best movie in the franchise, but it's a good addition, and definitely worth seeing. Plus, in this era of making everything CGI and digital there is something admirable about the creators of the movie keeping the Muppets in their classic puppet form. A computer-graphics-Kermit is something I just don't want to see. Give the movie a shot and you should be entertained, just don't expect too much.
3.5 out of 5 stars. 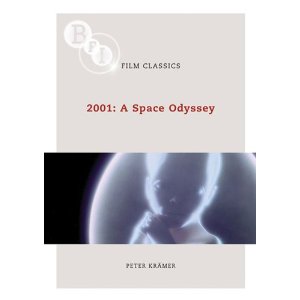 I've always thought of, "2001: A Space Odyssey," as a strange movie--little did I know the story of how it was made is also odd and interesting in its own right. From name changes and delays, to being over-budget and heavily altered by director Stanley Kubrick right before and even after its initial release, "2001: A Space Odyssey," has a history as fascinating as the images on the celluloid themselves.

Yes, we have passed 2001 and we clearly aren't doing as much in space as people thought, so the future predicted was a bit of a let-down, but must one pick nits over the date the movie chooses? This is moreso an examination of the history of man from his dawn during the time of apes to a new step in existence at the end. Regardless of if we have commercial flights to the Moon or not the message within the film is still great. Just what is that message? That's a main focus of the book. 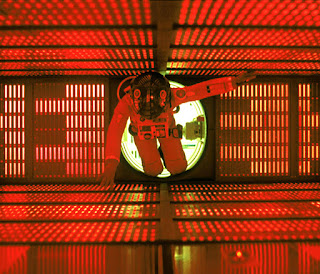 This text talks much of how, "Space Odyssey," is minimal and everyone took away their own message. The novel which went with the movie arguably took an angle of man becoming dangerously advanced and his nuclear weapons being destroyed by the advanced space-baby. When I myself saw the film I saw more of a message from the middle-half with the homicidal HAL computer, thinking the moral was as we make our computers more and more human there will be a point they have their own emotions, fears, and even the ability to commit violence of their own volition--so be careful with that technology, humans!

This is a great book, as the last BFI one I read about, "Night Of The Living Dead," was and the other's I have been devouring are too. It makes a great additional reading to go with the flick.

I would recommend seeing this film as it is a fascinating piece of work, and then if you want to learn more perhaps reading this book or the countless other ones about this great movie. I just really love this series of books because they are full of fascinating facts, tell a story too, and are easy to carry in their small-size that also makes them a bit of a quicker reader (which I like, that's not a complaint). Yup, check it out.
4.5 out of 5 stars (for the book, the movie is great too though).

Arrival At The End
Could there be a stranger assortment of things than a book of nasty-yet-clever comics, a movie for children that adults can also enjoy, and a detailed book about a classic film that leaves you as intrigued as it does confused (the film, not the book)? Yes, there probably could be a stranger assortment, but this is still pretty odd. That's all in day's work/post for The Newest Rant though.
Posted by David Charles Bitterbaum at 6:20 PM