Many Creative Things
This 2015 version of Wizard World STL (or WW for short) had a variety of people selling/promoting their comics or other works of art (including them thar word-books!) I was there Friday and Saturday so I shall now discuss the people whom I spoke with and remember/got a card from. I'll be doing things in alphabetical order, this time going by the first name of people for no other reason than I feel like switching-it-up from last year when I went by last names.

Arkvindicta
A small-press publisher found in Missouri on the western-side of the state, Arkvindicta was at WW promoting a variety of their titles. I was most impressed by their description of the series "The Devil's Pool" and "Reining Justice" so I picked up the initial issues of the former and the 1st of the latter. "The Devil's Pool" is a horror title that uses photo-reference but does not do the annoying trend of taking photos and "comic-izing" them. No, they actually draw the stuff using the reference in a way to make extremely realistic-looking art. "Reining Justice" is a Western Tale with the hook that you are "seeing" the story from the main character's point-of-view, an idea I don't often see utilized as much as it could be in comics. I'm excited to read what I picked-up in depth! You can find them on the web here. 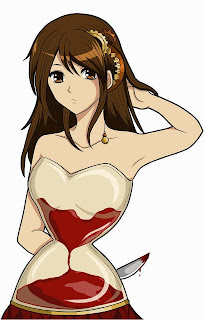 C. Evelyn Studios
C. Evelyn was at Wizard World showing off her snazzy artwork. You can find her on Facebook here. 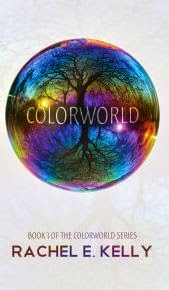 Colorworld
Written by Rachel E. Kelly, "Colorworld" is a series that has been going through re-released books with new illustrations that tell the story of a young woman who has super-human powers. The thing is, instead of trying to save the world she is simply attempting to have a happy life without the interference of those who would use her abilities for harm. Kelly and her family are currently on a massive tour of multiple conventions and you can check out their webpage here! 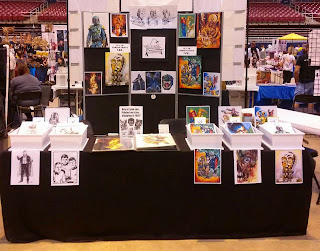 Craig Skaggs
A local Saint Louis illustrator, Skaggs has a style that is very intense and a bit creepy--but I like that. You can visit him on Facebook here. 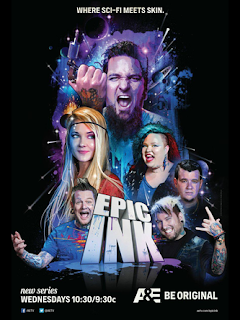 Epic Ink
The folk behind some stellar tattoos were at WW actually engaging in the practice of inking folk. The fact they could focus with such loud show-area was impressive! I myself would not get a tattoo as I am both terrified of pain and needles, but should you have an interest in such a thing give their site a visit here. 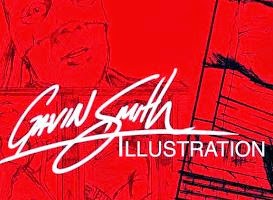 Gavin Patrick Smith
Creator of "Charge" and the illustrator for "The Accelerators", Smith has a snazzy art-style and is clearly busy making quality comics! 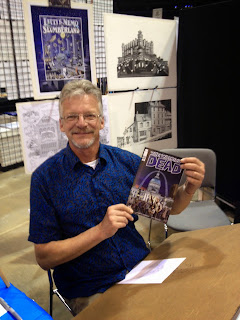 Gerhard
Popular comic-artist Gerhard is of course well-known for his contributions to the comic "Cerebus" as a detailed background-artist, but he has done art for multiple other projects. I enjoyed chatting with him, and he made the the variant cover for the "Walking Dead" comic that was being given to V.I.P. Wizard World attendees. You can find more out about him here. 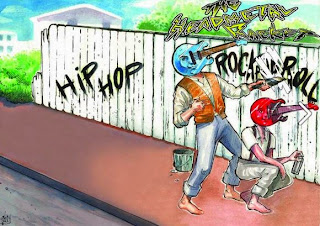 Headmetal Comics
I've seen the Headmetal crew at various cons and was excited to see a new big trade paperback collecting the entire saga they've worked on with brand-new art. I got it for a great price and am excited to read the full story collected within a single book. Check them out on Facebook here.

Jim Mahfood
Mr. Mahfood was at WW doing his usual awesome drawing. He was kind enough to sign some comics I owned that featured his artwork and was a delightful person as usual. His website is here. 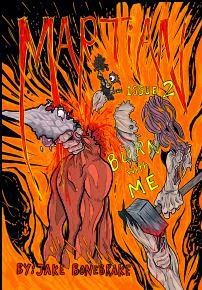 Martian
I met the creator of "Martian" at the previous WW last year and was intrigued by his comic and its over-the-top nature full of hyper-violence and the supernatural. At this year's convention he had the 2nd issue and I was happy to purchase it! Find out more about "Martian" at this link. 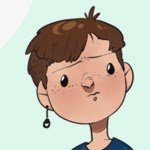 Mcnobody Studios
Mcnobody had all kinds of cool artwork for sale at WW. Her website is here. 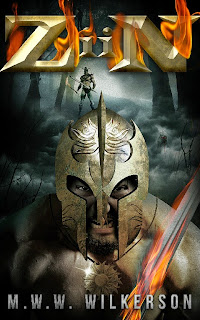 Michael Wilkerson
An author from Virigina Beach, Virginia, Michael Wilkerson was at WW promoting his science-fiction series, "Zinn". He was very nice and you can check out his website here. 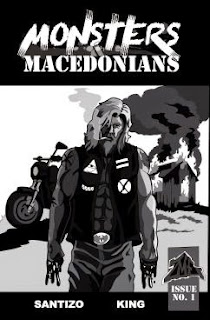 Monsters and Macedonians
The creators of this comic described it as a tale of bikers fighting werewolves and vampires. That was basically all they had to say for me to eagerly pick-up the 1st issue. Having read a bit already, I'm glad to have gotten this pleasantly weird title. Learn more about the comic here. 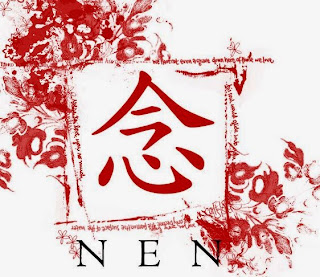 NEN
Artist NEN was showing off her impressive creations at WW. She was very energetic and happy to chat with anyone who walked by. Her website is here.

Rudderhaven
Rudderhaven is a publisher of various interesting books, and the man and woman in matching sci-fi outfits promoting the books really drew my attention! With a great deal of sci-fi and fantasy works, among other stuff, you can find them on the internet here. 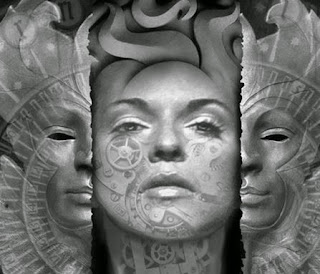 STL Ocarina
They're local to Saint Louis, they make Ocarinas. Ocarinas sound pretty, so why not examine their website? 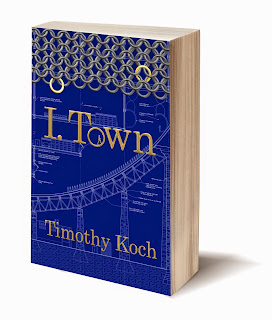 Timothy Koch
Creator of speculative fiction for both young adults and us grown-folk, Timothy Koch was displaying his fascinating-sounding book, "I. Town" which involves a world where thing are powered through physical motion as combustion no longer works. He is on the web here. 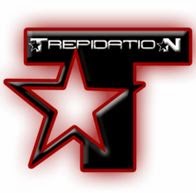 Trepidation Comics
Created by Z.M. Thomas, much of Trepidation comics output could be considered controversial, for example writing his own unique sequel to the bible ("The Bible 2") that features Jesus riding a T-Rex. There are serious works too, but I was especially tickled by the more tongue-in-cheek stuff. You can find out more at this link. 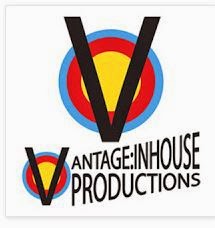 Creators Rock!
One of the hardest things to do is create, be it comic books, movies, music, or anything else. That the people on this list had an idea and followed-through with it to create something neat makes them all superb.
Posted by David Charles Bitterbaum at 8:28 AM