Image Comics, Planned Parenthood, and Why Most Entertainment is Inherently Political 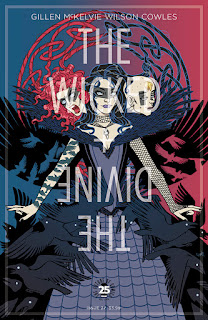 Just recently it was announced Image would do special variant-covers in honor of Women's History Month in March with 100% of the proceeds to assist a non-profit that has been around for many years and does a ton to help women and frankly anyone who needs assistance. That organization is Planned Parenthood and because they don't lie to people about abortions (unlike awful and misleadingly named, "Pregnancy Crisis Centers,") and even are willing to perform abortions, some comic fans absolutely lost their shit (as the comment-section on some webpages discussing the news have illustrated). People saw this and started-up with stating the usual slander about PP that we too often have to witness, and said that annoying refrain of, "How dare they try and put politics into my entertainment!" If you want to be entertained without any kind of political message and complain about it if there is something political, I have my own message for you: Shut the fuck up.

Most entertainment is inherently political. Entertainment almost always has a message, and if you really think comic-books are exempt from that you must not read many comic books because going as far back as one of the earliest popular comics--The Yellow Kid--that was extremely political. Seeing stores whine about publishers, "Making a political message in my entertainment," or fans complaining that a store dare show political news because they want to read comics and relax free of political aspects is one of the most idiotic things I've heard. 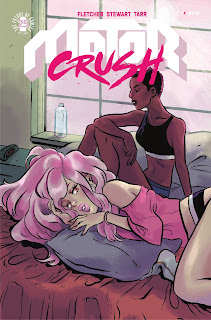 I'm not even just talking about independent or smaller-scale publishers, the big companies like Marvel and DC dive head-first into politics constantly in their comics, movies, or television shows! Have you not read the recent event comic, "Civil War II," or seen the movie that drew from the first, "Civil War," comic? Do you not realize Batman and his authoritarian justice or Superman and the question of a, "Check," for his incredible power is political? Do you really think you can bitch and moan about all these, "Politics suddenly in my comics," when it has been happening since before you were born? Again, and with the utmost kindness in my voice, I ask you to shut the fuck up.

It is possible to consume entertainment with little-to-no message, but to act like your chosen form of fun is somehow rarely political is just stupid. People almost always put messages into entertainment, be it a film about a hot-button issue, a show that addresses a controversial topic, or an athlete making a statement. To think you can, "Keep the politics out of my _____," is just ignorant. Even if we at times consider our entertainment a form of escapism, that supposed escape often mirrors or expresses some very real messages.
Posted by David Charles Bitterbaum at 2:04 PM