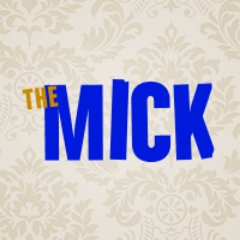 I just recently did a brief, "Television Tuesday," post about the then-imminent return of, "It's Always Sunny in Philadelphia," a show which shares a lot of linkages with, "The Mick." From some of the same creative team to the most obvious unifying feature--Kaitlin Olson as a main character--"The Mick," isn't quite as mean-spirited as, "Sunny," but has enough of an edge to it that I'm already endeared to the darn series a scant four episodes in.

The overall concept is deceptively simple--Aunt Mickey is forced to take care of her rich sister's children after she and her husband flee the country on a tax-evasion charge. Mickey makes friends with the housekeeper Alba, her kinda-boyfriend Jimmy moves in, the kids have mixed feelings about her, hi-jinks ensue. The thing that makes this work so well however is just how utterly insane the show has already been, brandishing some surprisingly limit-pushing humor. From raunchy sex-jokes, to Mickey's fondness for drugging people, to a Grandma that slapped the Hell out of mouthy teen, to a child accidentally swallowing what might be a heroin balloon, all of these people are sometimes pretty abhorrent, and the show (unlike other sitcoms) isn't afraid to let them behave badly yet not be, "Bad," guys or gals. 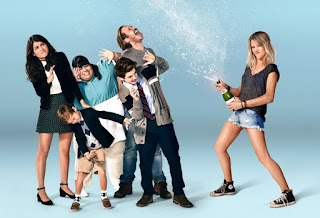 This brings us to the thing about, "The Mick," that is most different from, "Sunny," which is that you don't hate all the characters. The reason for this is because at their heart many of them are good people--whereas with, "Sunny," everyone is basically rotten to their core (or in Charlie's case, a dangerously demented savant). That hint of sweetness in, "The Mick," is probably what will help make it palatable for a general audience as this baby is on network television--Fox. Plus, Kaitlin Olson is fantastic as Mickey and unlike the perpetually trying-too-hard Dee on, "Sunny," Mickey doesn't give a shit about almost anything and that lackadaisical nature makes for many guffaws.

Then again, the surprisingly brutal humor that does appear with bits of, "Oh my God, how did they get away with that in prime-time?" moments may make this dish just a bit too harsh for mainstream viewers (and if you think I'm being hard on most prime-time network viewers considering my guilty pleasure of reality-television on cable, shut-up, I'm a hypocrite and I love it). Oh, plus the fact that the show keeps getting shuffled around so much I would miss it without a handy DVR doesn't help matters--you gotta let a show sit in its time-slot and garner a following instead of constantly moving it around. Seriously, the first episode premiered on a Sunday, followed by its regular episode the following Tuesday. Then a week later there was an episode (so last Tuesday) and then we had the fourth serving this most recent Sunday. What the Hell, Fox? 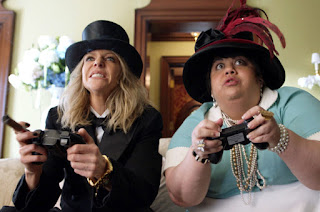 "The Mick," is as ingenious in its construction as its kinda-sorta sibling, "It's Always Sunny in Philadelphia." However, "The Mick," is clearly a different beast in that we don't despise the cast, we actually kind of root for them. This allows, "The Mick," to already be a show I love as much as, "Sunny," yet also ca consider wonderfully unique. Basically, what I'm trying to say is that if you can figure out when the damn show is on, you should watch, "The Mick," for sure, because its awesome, and as I said, it's on network television so you don't even need cable to check it out. Viewit, love it, and then thank me (if you want).
5 out of 5 stars (for the overall four episodes so far).
Posted by David Charles Bitterbaum at 12:26 PM