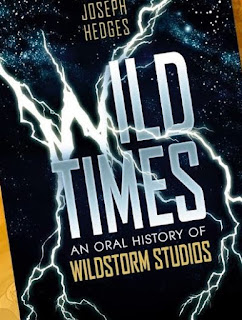 As my headline/title states, there is currently a Kickstarter going on to fund the initial print-run for a book that collects an oral history of the Wildstorm Universe. Titled, "Wild Times: An Oral History of Wildstorm Studios," it had been in the making for some time, with author Joseph Hedges having conducted numerous interviews so as to create a fascinating picture of the complicated little sub-company of Image, that then did work for Marvel, before then becoming an imprint of DC until it was shut-down/died and the characters were folded into the normal DC-Universe (kinda sorta, there is this new series being worked on by Warren Ellis that isolates stuff again).

The Kickstarter page and video explain how an, "Oral History," works and I'm pleased that Mr. Hedges says the manuscript and everything else is done, he just needs funds to get an initial print-run completed and out to interested readers/backers. As someone who has read both older and newer Wildstorm titles when the books were still coming out and via my hobby of digging in back-issue bins I have a fondness for the departed company/studio and would be interested for sure in an thorough examination of its twisty-turny history. 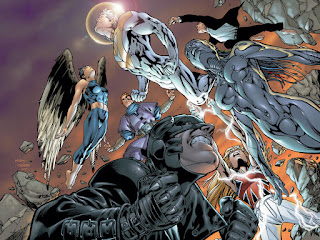 You can learn more about the book at its official website, or by visiting the Kickstarter page. I know if I can get some funds together I'll be backing it for sure!
Posted by David Charles Bitterbaum at 2:42 PM