While a series can be amazing, sometimes it is one amazing issue that has you go, "Now this is an incredible book." This year two series each had issues that made me pause and go, "Wow!" to a degree I feel is worth discussing. 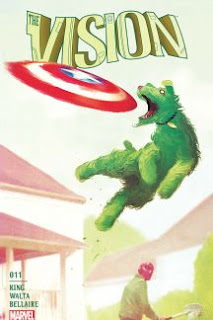 Much of the 12th issue of, "The Vision," was a wind-down and denouement after the climax that occurred in this issue--and you can't blame the 12th issue for ending with some quiet reflection because damn was this a climax. All the warnings since the 1st issue that continued throughout the book that The Vision would turn on his friends came true--of course it is their fault he fights them because he wants revenge for the death of his son.

Many comics have pointed-out that The Vision is quite possibly one of the most powerful and dangerous beings on the planet and could wipe the floor with his whole team of Avengers if need-be. This issue takes that knowledge to heart and has Vision stomp all who get in his way, before a shocking twist that even I didn't see coming--The Vision's wife kills the Avenger who murdered his son (and through lies of the wife  that she re-programmed him the Vision to still claim to be a good guy with readers knowing the truth is a bit more gray). 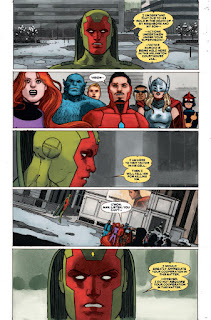 Many issues of, "The Vision," were about a slowly creeping dread. The book was less a super-hero comic as opposed to a piece of suburban-horror where the fear of inevitable death and destruction stood in an almost-hilarious contrast to the seemingly pleasant picket-fences and friendly neighbors. The 11th issue of, "The Vision," is that explosion of rage, anger, and violence that the book had promised would be coming, but with that clever swerve that Vision is robbed of his revenge by his own wife (but in the process able to protest his innocence).

For a book that started out so quiet and disturbingly mellow it is impressive just how viscous and loud this issue is with its statement of, "Why are you surprised by all this bloodshed? We told you it was coming at the start!" I wondered if, "The Vision," could keep up its quality when the first issue came out and it was announced it would run 12 issues. Well, between this and the final issue I didn't need to worry if it would impress, because it sure did. 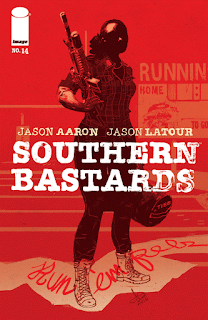 I read and loved the most recent 15th issue of, "Southern Bastards," but for my money the 14th issue was one of the best of the series, and clearly one of the best single issues I read this year. After a surprise reveal early on in the series that the murdered Earl Tubbs (who attempted to bring justice and reason to Craw county but violently failed) had been calling and leaving voicemails for his biracial daughter Roberta (Earl was white) the series has followed a variety of characters, from Earl's murderer, Coach Boss, to other denizens of Craw County, we've gotten to know everyone except Roberta. I was therefore extremely pleased when in the 14th issue we finally got to get, "Inside her head," and learn more about her.

"Southern Bastards" has oftentimes been a comic about Race, the South, and almost always masculinity. Every issue up until this one was often about men doing awful things to each other in the name of proving themselves. Whether this was an attempt to make a Father proud, show others how smart and strong they were, or something else, this comic has been about men being horrible and violent to each other. Roberta changes that when she appears. She is a Veteran of Afghanistan and knows better than to engage the ignorant populace in her deceased Father's old neighborhood, but she's tired, pissed-off, and not afraid to fight. When she beats-up some racist thieves it is as big a moment of catharsis for her as it is for the reader who has so far seen only the bad-guys win. At the end of this issue she clearly learns just what happened to Earl Tubb when he left his house to head to Craw County (where he died while trying to impose fairness and justice), and it is clear that while Earl had the will, he was maybe too past his prime to truly fix-up Craw County. 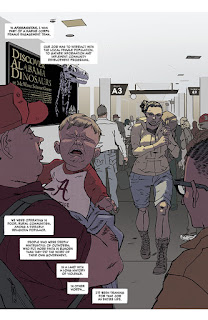 Roberta is in her prime, has just as much (if not more drive) and clearly is going to raise some Hell when she gets to Craw County. With the 14th issue, "Southern Bastards," clearly isn't just about masculinity, it is about humanity in general, and how toxic things such an obsession with being what you consider, "Best," brings out misery and hatred. Shit is going to be hitting the fan very soon in this book if issue #14 and #15 are any indication. I wouldn't have it any other way. 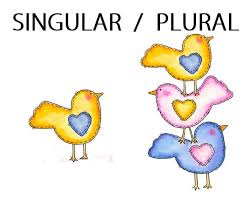 I know that isn't a really good or even apt pun, but I like it. Anyways, these two books were the best single issues of what I read this year.
Posted by David Charles Bitterbaum at 5:30 PM