An Email Came One Day
Not too long ago I posted an article where I reviewed the first issues of all the, "Double Take," comics that used, "Night of the Living Dead," as a jumping-off point for telling some zombie-stories. I honestly stated I was unimpressed and found things bland despite some comics showing glimmers of potential. After that I went on with life until a couple of weeks ago I saw I had an email from Bill Jemas.

Bill Jemas was of course a big name at Marvel for awhile before he left to go do his own thing, and then came back into comics when none-other than Double Take asked him to spearhead their new comic's line and write some of the books. Therefore, I saw that the man behind some of the comics I called, "Dull, dull dull," and said, "Batted a 0 out of 10 with me," had written me an email. My first thought was, "The Bill Jemas reads my blog? That's cool," followed by, "Wait, Bill Jemas reads my blog? OH SHIT! He's probably going to curse me out or otherwise be really pissed!" 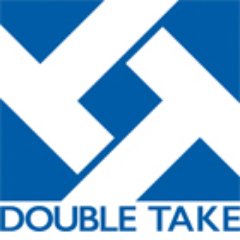 Imagine my surprise then when upon opening the message Bill Jemas had sent me that instead of it being full of rage he actually was really nice. He said he had seen my reviews and while he wasn't exactly pleased I disliked the comics, he was happy to see I took the time to read and review each one with detail about what I did and did not like. He then offered to actually send me the first trade paperback collections of the very series I had read and insulted for the purposes of review as he felt that upon reading the entire arcs I might in fact like the comics a lot more. I warned him that as I pride myself on being blunt and honest on the blog if I hated the stuff I would state so, and he expressed that he understood this. So, I gave Bill Jemas my address figuring either I would get some comics to review or this was all a ploy for him to find out where I live so he could come to my house and murder me for my negative reviews.

I in fact did some days later receive a big box full of the trade paperbacks, so Mr. Jemas was as nice as he seemed and wasn't planning to kill me. I've read through all the books and will offer some quick thoughts on each book along with if my initial impressions were right, but if you want to know my over all conclusions you can just skip to the bottom-segment

Thoughts on the Books
Dedication
Wait, all those first issues I read made me think these were zombie comics! This book starts that way but then suddenly swerves into being a bit of a book about people with powers and is my first indicator that maybe there is more to these comics than I thought. Plus, the manager of the store carefully conducting business in a way that helps him buy-out the town was pretty darkly funny as well. The sudden swerve in story-telling with some characters gaining incredible powers as opposed to turning into zombies was interesting and resulted in my liking this quite a lot.
4 out of 5 stars.

Home
Ah, my least favorite of the initial comics. Well, even though the concept of the youngest kid constantly swearing or being rude (and nobody can tell) never grew on me, the rest of the characters thankfully did and a seemingly boring family turned out to be a lot more interesting. It seems, if anything, the family is acting so dull because they hide some big secrets in the form of actually being from another planet. The story still drags a bit at some points, but that twist definitely keeps things a lot fresher.
3 out of 5 stars.

Honor
Hm. I still didn't really care for this story as much. I think the problem is that the main characters are just so unpleasant that I could not bring myself to care about their survival or to cheer for them. A few other interesting things happen with some other characters who come back not quite a zombies (or, "Ghouls," as the comics call them), but something weirder and just as contagious (and as, "Dedication," showed, not everyone is afflicted the same way). Still, this book dragged for me.
2 out of 5 stars.

Medic
This overlaps with, "Honor," a bit as the staff of the hospital meets-up with the police, and that drags some parts of the book down. Luckily, there are enough other interesting segments discussing why people could be coming back as flesh-hungry monsters and continued hints of otherworldly presences that I was pretty intrigued. This book like some of the others has the weird, "Character says a monologue," bits, but it flows okay and wasn't too distracting.
3 out of 5 stars.

Remote
Ah, now this comic surprised me because I ended-up loving it. The first issue/chapter is pretty dull as I said initially, but then things get a lot more interesting and twisted as the protagonist, Samantha, begins going a little stir-crazy and using the Ghouls for the purposes of all sorts of weird radio segments and going-against the FCC with rampant swearing and sex-talk before she inexplicably finds herself affected by whatever virus/radiation is causing people to change but instead of turning into a ghoul becomes a giant who uses banners and signs from protesters of her, "Indecency," to remain clothed. Dark, funny, clever, and otherwise great!
4.5 out of 5 stars.

Rise
This comic supposes that Johnny from the opening of, "Night of the Living Dead," actually survived and helps save Barbra at towards the end of the movie. From there it kind of expands out and is a more straight-forward take on how the Government would probably try to handle a zombie epidemic (they would bomb everything) and how the populace would respond to that threat (they would fight and run). It's a perfectly fine read but lacks some the off-the-wall charm of the other books and if anything plays things too straight and serious. Still a fine read though.
3 out of 5 stars.

Slab
Besides some interesting moments featuring an otherworldly/alien character trying to basically sabotage humans from within their own groups, this comic was one of the ones that dragged a bit. I did find myself amused by its point about how people never seem to respond to the death of other humans but will suddenly freak-out and protest if animals are mistreated the same way. Still, besides a hilariously macabre doctor and those bits this was a bit mediocre for me.
2.5 out of 5 stars.

Soul
This comic also at first draws from, "Night of the Living Dead," with protagonist Ben surviving the events of that day, but then unlike, "Rise," proceeds to get really weird as Ben suddenly keeps dying and repeating the day on a bit of a, "Groundhog Day,"-styled looping of time. It is incredibly weird and confusing at first before it becomes apparent what is going on, and I really liked how the book started-out seeming, "Normal," but then goes completely wild. Awesome stuff.
4.5 out of 5 stars.

Spring
This comic brings all the alien-stuff more into focus and explains a lot of it. After the uninspiring first-issue where I assumed people were turning into zombies who disappeared under the water at a lake, we actually get some interesting reveals of how Venus is essentially terrified at the thought of Earth discovering they have a habitable planet lest they be colonized, so the people of, "Earthwatch," have been monitoring our globe to keep it from realizing too much about Venus. Corny name aside, it is a fun sci-fi concept and explains all the aliens in the other books working to sabotage Earth (although the family in, "Dedication," seem unaware of that plan and may be their own unique otherworldly-creatures). Anyways, it is nice to get some more explanations and I've been finding when these books get a little zany I really like them, so considering how wild this book became, I was a fan.
3.5 out of 5 stars.

Z-Men
This comic has two men from Secret Service going to the outbreak of ghouls and trying to figure out what is going on. They discover there is a lot more than simple zombies--as the other books have discussed--and this book discusses some of the bombing of the town that occurs in the other titles. This is one of the books that kinds of, "Fills in the blanks," of the other titles and reads fine, but is mostly unimpressive.
2.5 out of 5 stars.

Conclusions/Was Bill Jemas Right?
So, after my initial negative impressions and Bill Jemas reaching out to me so that I could read the rest of the comics and see if I liked them, was he actually right? Did it turn out reading the entire story-arcs made me like the comics more? Well, I'll be damned, but despite some of the books still not impressing me I actually found myself overall liking the books a lot more and quite enjoying a number of them.

It seems Bill Jemas was right, as through reading the full-stories I could get more into the, "Vibe," of the comics and realized that while these are seemingly zombie comics at first, they are using, "Night of the Living Dead," and zombies as a way to spring-board to other subjects like super-heroes, aliens, and the like while also purposely trying to be a little campy, funny, and off-kilter to intentionally give readers some horror, but also a good dose of comedy. I've even said it can be unwise to judge something by its first issue/episode/etc. so this is another example of that statement being proven true. I am surprised as anyone else that I found myself liking these books to the degree that I did and that I am now interested in the upcoming comics that will be released this December. 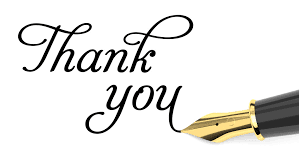 I suppose the main person to thank in this scenario is Bill Jemas. I was highly critical of this work and instead of swearing at me/trying to run me over with his car he actually reached-out and offered to let me review the rest of the comics, because that was how strongly he believed in the books. I guess this was a case where Bill Jemas knew best. He hasn't always known best--as can be attested by those who remember, "Marville," and how weird that was--but in this case he did, and I'm happy he emailed me with the offer to review the books.

If I was wrong about these comics maybe I'm wrong about other stuff too? I mean, should I maybe reach out to Rob Liefeld and see if he isn't a jerk after all, or even apologize for saying Greg Land is a talentless hack? Nah, let's take this in baby-steps.
Posted by David Charles Bitterbaum at 3:05 PM