News and Links to Kick-Off November

It's Becoming A Routine! 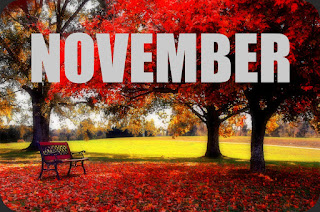 It is almost becoming a routine that I'll post links at the start of the month as opposed to occasionally at the end. I don't think this is a bad thing as whether we are at the opening or conclusion of a month there is always interesting stuff going on to talk about.

I really enjoyed this article about the author's conflicted feelings regarding a popular panel featuring Luke Cage.

I love the movie, "The Thing," and consider it one of John Carpenter's greatest works. The video-game spin-off/sequel that came out years later in 2002 isn't awful but for all of its creative ideas and inspiration underwhelming me overall in its game-play. This article at the AV Club about how the game pales in comparison to the flick sums up just how I feel. It is a really good and suspenseful film for sure though, so it is understandable it would be hard to equal.

A shortage of injectable-estrogen has put the health of transgender women at risk. This shows what happens when a handful of companies have all the rights to a medication and find themselves lacking the ability to make it. Sigh. 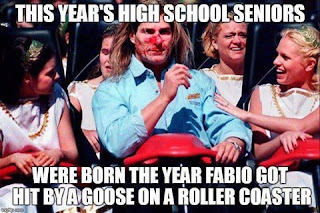 One of my aunts was actually at Busch Gardens that fateful day a goose hit Fabio in the face. When she tells the story I always crack-up. If he had been horrendously hurt it wouldn't be funny, but the sheer incongruity of it all makes me laugh. It is crazy to think people born when that happened are now in High School as a meme pointed out.

As if you needed this horrendous Presidential election to make it clear, American confidence in our institutions/organizations is generally extremely low.

Remember Neopets? Apparently it still exists but now is a virtual-reality wasteland, as is discussed here. 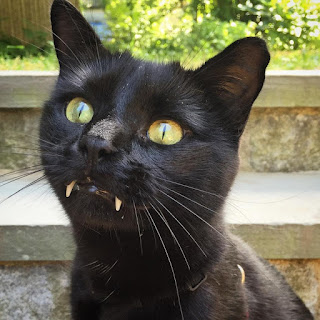 Out of the two cats my wife and I adopted, one has teeth that poke-out a tad (Ginsburg). He does't compare to this cat  though!

Dear God, when will the creators of, "Overwatch," quit toying with people as they have been for months and just announce who this damn, "Sombra," character is, already?

I want to get up to Toronto for their big comic-book festival/convention someday. It looks too cool to keep missing and is continuing to grow! 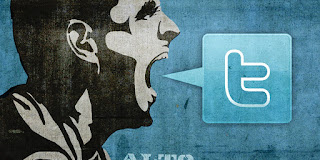 You know, I have wondered what would it take for Twitter to get serious about the harassment issues we always are hearing about? This piece discusses that.

I've been renting and enjoying, "Titanfall 2," thanks to my supply of Redbox coupons. I've spent most of my time in multi-player so far, but agree that the single-player campaign has had some impressive moments from what I've seen so far.

Now to conclude on something funny-yet-sad: It is hilarious in a depressingly twisted way when a birth-control study on men had to be canceled because the men couldn't stand the same side-effects women have had to put-up with for decades.

That's All for Now
I hope you enjoyed all those links to start-off your November. Enjoy this abnormally warm weather in the United States while you can because before you know it the ground will be covered in snow and we'll all be freezing our buns off!
Posted by David Charles Bitterbaum at 12:22 PM