I Really Hate The Poor Excuse for a Music-Group Known as, "The Chainsmokers." 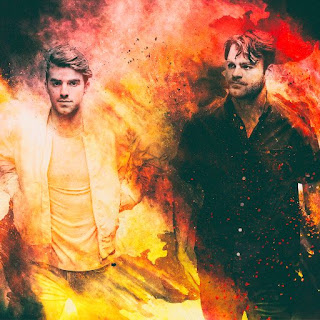 There are two American DJs who formed the duo known as, "The Chainsmokers," and their music is terrible--just seriously, incredibly awful. They make atrocious electronic-esque beats and then get mediocre singers to repeat a handful of lyrics over-and-over until the song eventually ends. You may have heard their somewhat bearable song, "Roses," and probably have heard the atrocious, "Don't Let Me Down," featuring so-so singer Daya droning on-and-on-and-on with almost no verses and instead a never-ending chorus of chanting, "Don't Let me Down," until your ears start bleeding. They also have the new so-called-hit song, "Closer," featuring Halsey which again is some pop-bubblegum excuse for techno music with tedious lyrics posing as some kind of deep statement.

I don't know, maybe I'm just an old and bitter person who should get back to yelling at kids to get off my lawn, but this music is grotesque in how blatantly awful it is. I read a metaphor once for certain kinds of electronica music by someone who was a self-confessed electronic-music snob but had a good point. Basically you have your bare-bones music that only purists will love in its minimal glory--it is a metaphorical hamburger that contains nothing but the meat on the bun (the, "Bun," in this case being your CD/LP/music file, whatever). Then, you can make this burger more deluxe with the addition of other features like cheese, condiments, etc. much in the same way a lot of music today has more and more of the bells and whistles in production. The problem, this argument went, is that a lot of the electronic music--in an effort to appeal to more people--had become less about adding to the theoretical burger and instead focusing on all the additional junk; to put it another way: You've covered your damn burger in so much ketchup you don't even taste the meat anymore, just the sweet and fake tomato-paste full of artificial shit. 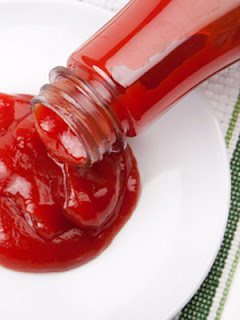 "The Chainsmokers," took their burger and have smothered it in so much junk that the meat basically may as well not exist anymore, it's just a bun full of crappy condiments--or in this case lame beats, tedious lyrics that try to burrow into your head (and do, but for the wrong reason of getting in your noggin to the point where you get infuriated instead of happy), and annoying high-pitched bleeps and bloops that are less electronic music than, well, crappy metaphorical ketchup.

There is plenty of commercial music I like. Hell, there is a good chunk of electronica I quite adore that other people despise--many people have decried Paul Van Dyk as a commercial whore and I enjoy a lot of his stuff. I am not some music-extremist who refuses to like anything that, "The mainstream," enjoys. Seriously though, how the Hell can people like anything as awful as, "The Chainsmokers," though? Do people just not want to taste the, "Burger," anymore? Are we as a populace satisfied with nothing but condiments and a lack of real meat to our musical entertainment? I truly want to know. In the meantime, some children just got dropped off the school-bus and are taking a short-cut home that involves walking on my grass, so if you'll excuse me I've got some yelling to do.
Posted by David Charles Bitterbaum at 2:14 PM