A Review of "Teen Titans: Earth One" 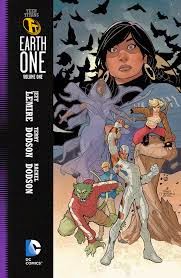 I've read some of the "Earth One" books before and found them mostly unremarkable. However, Jeff Lemire tends to be a really strong writer and Terry and Rachel Dodson are a stellar artist-team, so when I was able to acquire this book for a good discount at a store, I figured I might as well give it a shot.

...and I'm Pretty Glad I Did!
I recently finished reading "Teen Titans: Earth One" and my first thought upon closing the book was how I felt intrigued in the story, but not fully sated in my curiousity. Now, that is both a positive and negative thing to think. It is positive because it means I enjoyed what I did get to read, but is problematic in that as the first volume in the story it should maybe feel somewhat satisfying in its conclusion--especially considering it may be some time before we get a new entry in the series (these "Earth One" books seem to be suffering from years between entries--we don't even have the 2nd volume of the Batman book anywhere in sight and it took a bit to get the 2nd for Superman).

Perhaps one problem is that because we are dealing with a team, everyone needs some time, "In the spotlight," of the book before coming together as a group, and that results in a big chunk of the book simply being setup and the preamble to our "Teen Titans" actually engaging in any action. It's a good thing that Lemire expertly writes the quiet difficult of being a teenager, from the awkwardness of puberty to feeling disconnected from one's parents, as if that didn't feel interesting half the book would have been an utter slog to get through. 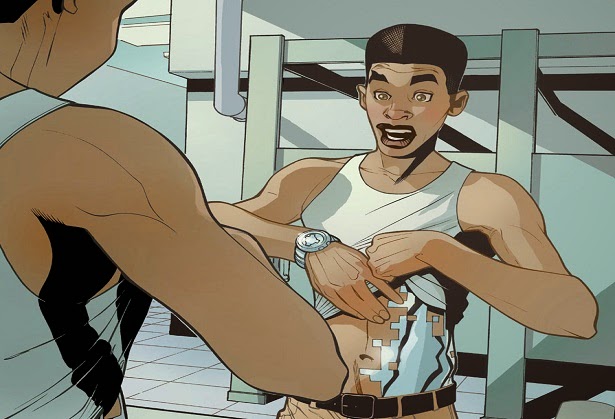 The overall plot is a bit straightforward--a bunch of teenagers in a quiet Northwest-USA town start developing strange powers accompanied by experiencing mental-images of a strange female figure who we eventually learn (spoiler alert from here on out) is Starfire. These teenagers apparently were adopted youth who had grafts put on them that led to the development of their emerging powers--with "their" parents simply being employees of the shady organization that has been raising them. Well, almost all of them outside of Raven, a Native American whose spiritual abilities has resulted in her receiving messages from Starfire too, and being able to assist the Titans via a form of telepathy.

There are allusions to other Titan's stories that exist, such as the appearance of Deathstroke, but this is clearly in its own world (or are the "Earth One" comics all in the same Universe? Have we figured that out for sure yet?) that requires little-to-no knowledge of who the Titans are to enjoy the comic.

As for the artwork that accompanies the story, Terry and Rachel Dodson supply some stellar pencils and inks, giving everything an energetic and edgy style that fits well with tone of coming-of-age yet still having youthfulness. Cyborg's metallic attributes are drawn in a way that make it look effortlessly liquid-yet-slightly-solid and whenever Beast Boy (not actually ever called that in the comic, but yeah) leaps into action the smooth line-style makes him truly look in motion. 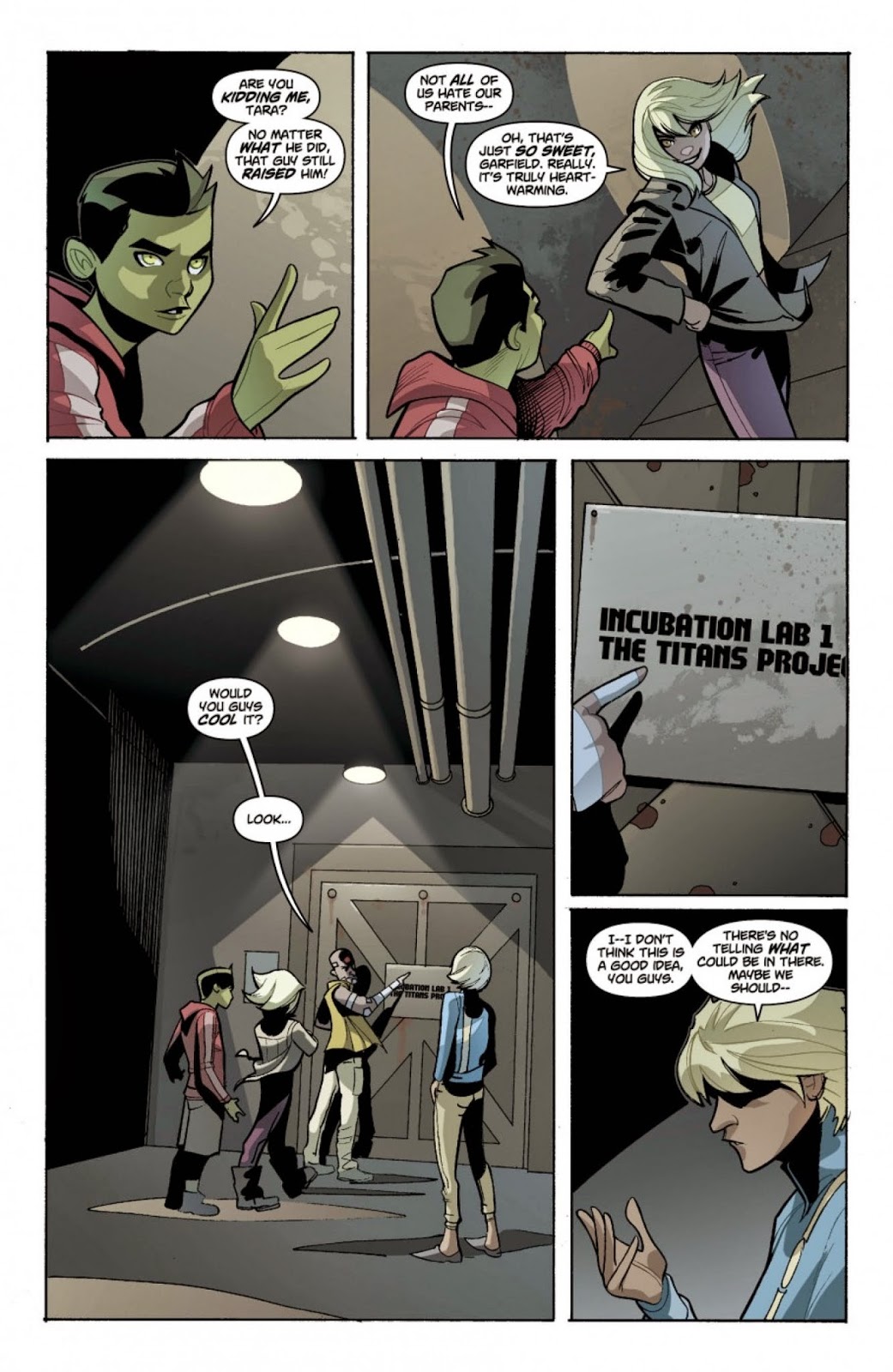 So yes, it is a great-looking comic and written well, but it still is annoying how so much time is spent introducing the characters, building a plot of how they want to fight against an evil corporation, and introducing a new destination for them to go to at the end of the book...and then it suddenly ending. I'm all for a good cliff-hanger, but come on, you leave us dangling like that knowing full well it might be a year or two before the next volume in this story comes out? At least show us the evil CEO we hear mention of, or explain what exactly Starfire kept saying she needed help for--throw us a bone!

Complaints aside about feeling a bit let-down by the ending I quite enjoyed "Teen Titans: Earth One" and would recommend it to anyone looking for a continuity-free way to get to know these characters better--just don't expect another entry in their adventures anytime too soon, if the track-record of other "Earth One" books is any indicator.
4 out of 5 stars.
Posted by David Charles Bitterbaum at 2:45 PM