I've Been Busy, So I Just Have A Quick Thought About One Of DC Comic's Latest Promotional Images

As the title says, I've been busy. The inability to create a blog post recently has come from traveling to visit family and lacking the time to consume much media. However, I do have a thought on one of those DC promotional images that came out a week or two ago. 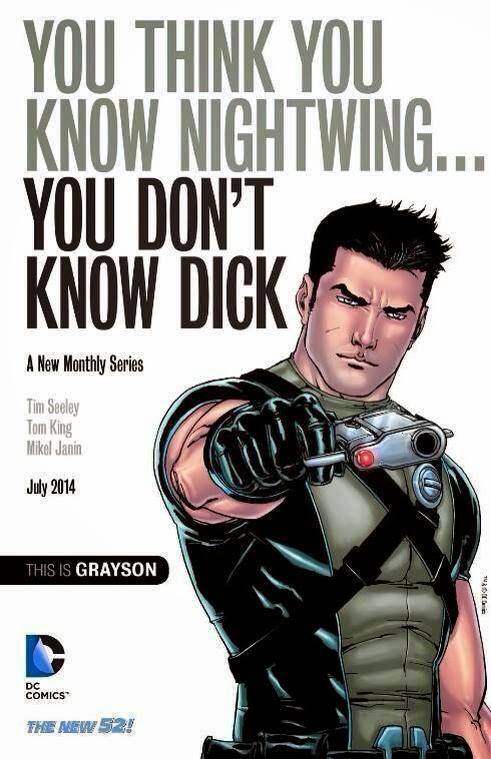 I don't know if this is clever or stupid. There are other promotional images with this format of the characters in front of a white background with something quipy written, but this one is by far the most...provocative, is the best word, I guess? This is for the new "Grayson" comic that takes Dick Grayson and makes him some sort of super-spy as opposed to his usual Nightwing persona. Therefore, I get what the advertisement is saying. I just don't know if this is funny and smart, or juvenile and lame. It imparts attitude but almost feels like it is trying too hard-- but, the fact that is doesn't fully feel like it is doing so makes it appear to potentially have just the right amount of sass and "In-your-face" tone that I suppose DC is now going for with their new comics.

Really, if these advertisements are interpreted to have worked successfully or flopped depends on how well the comics they are promoting sell--of course, Dick Grayson/Nightwing has developed quite a devoted fan-base over time, making me think almost anything with his name on it and/or featuring him will sell at least somewhat decently. The real test is if the ads promoting something like the new Suicide Squad and Teen Titans.... 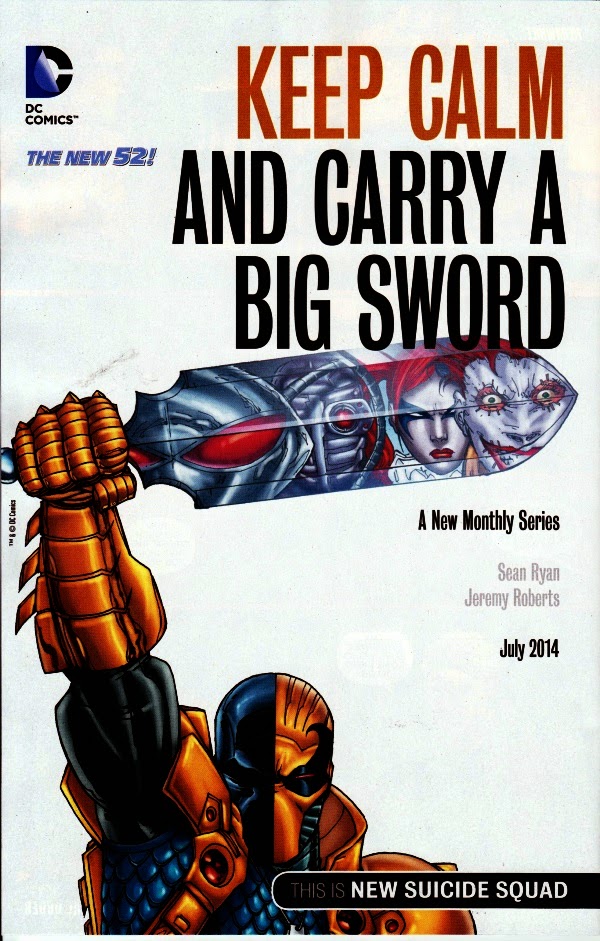 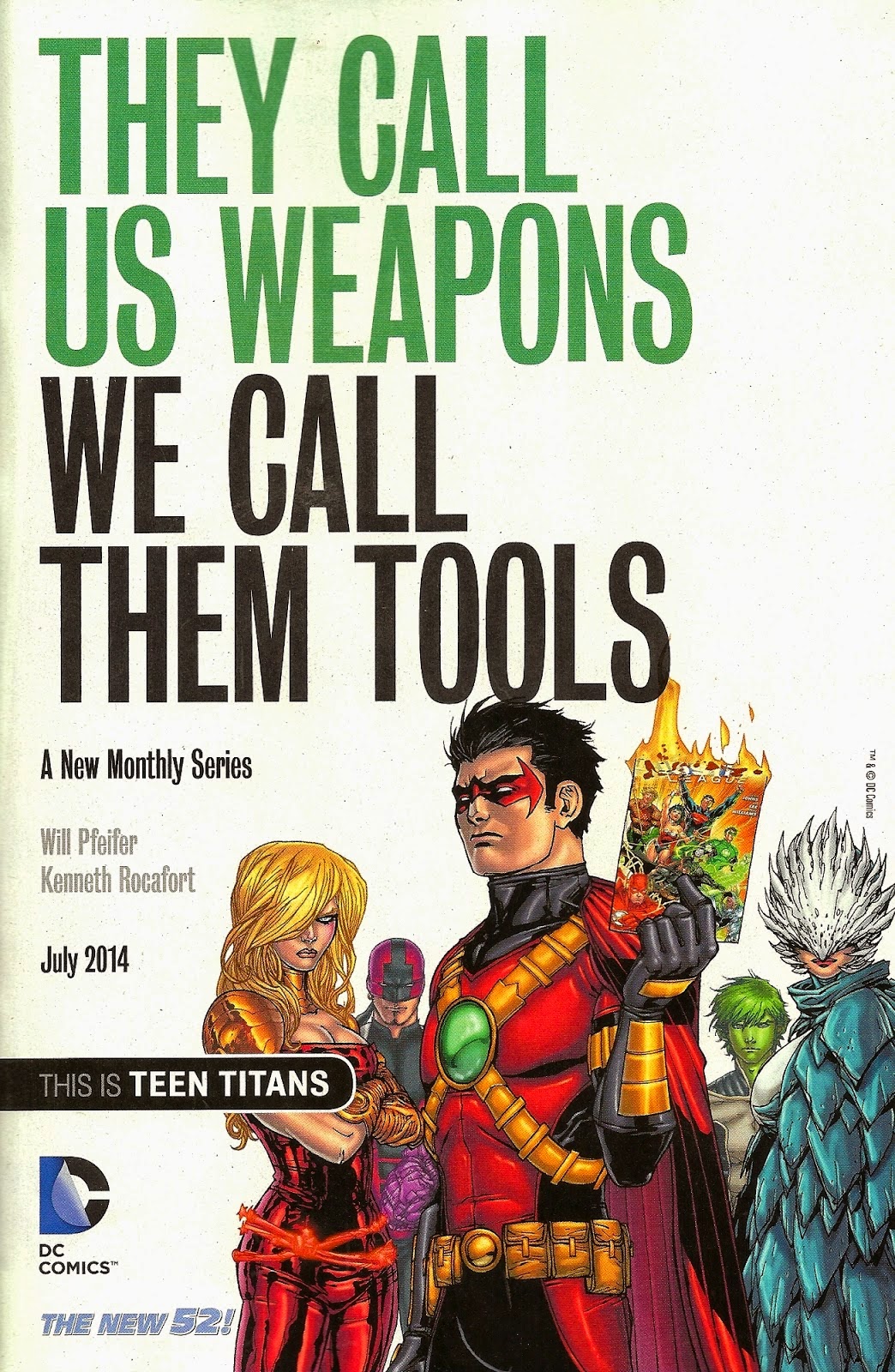 ...will help those comics work out better than they did in their previous incarnations. We shall see, I suppose. Also, that new costume for the character who is apparently Raven on the far right of the Teen Titans promo is God-awful--sorry, but it needed to be said.
Posted by David Charles Bitterbaum at 4:15 PM