New Mutants, Midnight In Paris, Percival Everett's Damned If I Do

A Random Assortment of Things
The New Mutants Search for Nate Grey (a character I have a soft spot for), a man travels back to 1920s Paris, and a book of short stories by Percival Everett titled Damned If I Do.

Nate Grey Is So Cool AKA New Mutants: Unfinished Business 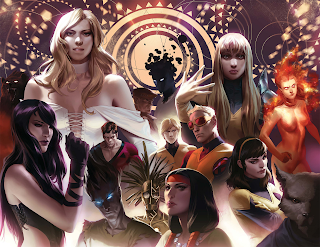 I've talked previously about how much I love Nate Grey, and this trade collects the New Mutants adventures where the series sort of got a new focus with the team solving past X-Men cases--the first of which was finding Nate Grey. Putting aside how delicious it is to see Nate Grey fight Marvel's super-heroes even if it turns out to be a dream (yeah, that's a spoiler, but you see that in the first issue, so suck it up), it is also just fun to see the team come together in a new way. Yes, we have to put up with some of the past-issue events I didn't read being discussed, but after that things are smooth sailing.
This is a fun comic, with the team's dynamic working well, the art generally looking good, and times otherwise being pretty good. If there were more Nate Grey or the whole, "giving mutants back powers," plot-point didn't rear its head for the hundredth time since the number of mutants in the world went down this would be a really high scoring book, but with what there is, it's indeed enjoyable.
4 out of 5 stars. 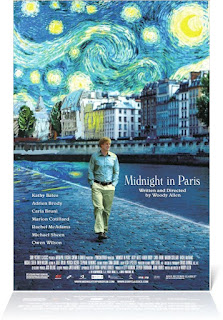 Woody Allen has done some solid dramas, but I always love his comedic movies when he does them right (See: The masterful Annie Hall), because when he does comedy, "right," he creates something quite entertaining.

Midnight in Paris is basically about Owen Wilson's character inexplicably discovering a way to go back into the past where he visits 1920s Paris on multiple occasions, meeting many of his favorite literary and art icons. The fun he has and the lessons he learns take those of us viewing the film on a fun ride and the movie makes some clever points about nostalgia too along the way. 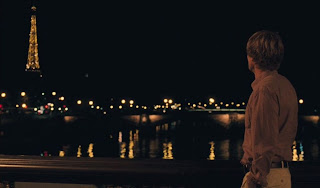 It makes sense this movie won the Oscar for best Screenplay (Original) as even though there have been plenty of movies about time travel that have used it for comedy (Back To the Future did it spectacularly) this film does use the idea very well, so it is not trite or cliche.

Plus, the film is genuinely humorous. There are a good number of moments one will find funny even if not particularly knowledgeable in literature or art history--although that will bring even more smiles with some of the clever references the film makes from Fitzgerald and Hemingway to Picasso and Gertrude Stein.
I quite liked Midnight in Paris and would recommend viewing it. It's quite a hoot and you should enjoy it.
4 out of 5 stars.

Everett Does a Variety of Stories Quite Well: Damned If I Do 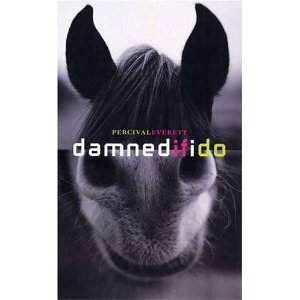 I have discussed Percival Everett before when reviewing his book Erasure. This book, Damned If I Do, is a collection of short stories by the author and they run the gamut in tone, style, and quality--in the end there is more good and intriguing than bad and dull, however, so yah!

Everett sometimes writes about race, and when he does the man is so clever you almost want to tell other people trying to write about racial issues to call it a day. Not all of the stories here are about race, but one of my favorites is. "The Appropriation of Cultures," takes the idea of white people taking black people's culture and turns it on its head. How? A black man buys a pick-up truck with a Confederate flag and starts speaking of it proudly as a black-power flag. More than that happens, but I don't want to spoil everything.

Don't think of Everett as only writing about race however, he talks about a lot of things, often fly-fishing for instance--which figures into a few of the stories. There isn't really a common theme even with fly-fishing popping up a lot, as these stories are so varied. There are ones with a slight magic edge such as the first one about a man who can fix anything (and I mean anything) titled, "The Fix," then some realistic slice-of-stories which are interesting such as, "Alluvial Deposits," and "True Romance."

The strangest story that actually starts out somewhat normally then spirals into an utterly surreal ending is, "The Last Heat of Summer," and it is the penultimate story in the book (although "Epigenesis" is pretty bizarre too), with the also different-than-you-expect, "Randall Randall," closing out the paperback. "Randall Randall" is interesting because it starts out seeming like the classic story of some angry old man carrying on about insignificant nonsense, and then suddenly the stakes in the story rise sharply and we start reading the closest thing to a thriller of the short stories in this collection.

I haven't discussed all the stories, but mentioned the ones that stuck out most in my mind, and this book is pretty entertaining reading. The genres and the story tones change often, showing Everett's versatility as a writer and keeping the reader on his/her toes. I quite enjoyed this and would recommend picking this up if you've read other works by Everett such as Erasure, I Am Not Sidney Poitier, or want an introduction to the writer before embarking on one of his big novels.
4 out of 5 stars.
Posted by David Charles Bitterbaum at 4:56 PM