Two Conservatives I Listen To.

Left VS Right
I am a Liberal-Leaning guy. With some odd exceptions on certain policies here and there I do really tend "left". Hell, I'm even left-handed (bad joke I know, but true). Often those who are to the right and in the media bug me. Why? Because idiots like Glenn Beck and Rush Limbaugh just cause me to get mad. I also can't stand most of Fox News, and generally it seems if someone is a conservative and in the media they are doing something stupid like calling Obama a socialist or supporting Sarah Palin's opinions (it never gets old hating on her). This isn't to say there are those on the left who are unbearable, but they are unbearable while being people I agree with so while I find their personalities annoying at least their views don't enrage me--sort of a 50% disliking them instead of 100%, you know.

That said, there are two conservatives who when they speak, I listen. I don't necessarily agree with them often, if much ever. However, they are smart, they think about what they are saying, they back up the figures they spout with data to prove it factual, in other words they act the way anyone in the media should. Who are they? Let's break it down. 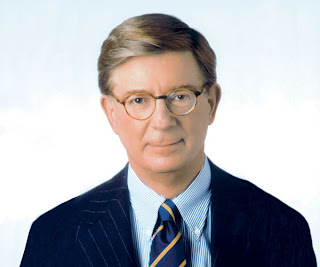 He writes columns for the Washington Post, can often be seen on ABC's, "This Week," and has written some books. George Will is really, really conservative and I find I disagree with him on almost every policy issue that comes to mind. However, the man is so darn smart and makes such good points I can't help but listen to him. Also, just because he's conservative doesn't mean his criticisms of Democrats aren't at certain times right, or that he hesitates to point out flaws with Republicans either. I may think Will is often wrong, but I'll be a penguin on a prairie if the way he expresses his thoughts isn't done in way that is quite right. 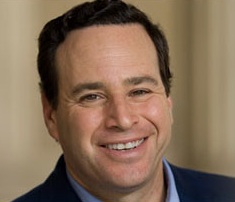 I don't give this man credit just because we share a name and I have a soft spot for all Davids. No, David Frum is impressive because he is the editor of frumforum, a page with a variety of contributors that comes through the Daily Beast, he writes regular columns for CNN and other news entities, and of course he's written some books--a pretty busy schedule. The fact he served as a special assistant to George W. Bush is something I try not to hold against him too, by the way. Anyways, I listen to Frum because when he speaks I find he generally seems to have carefully thought everything out carefully, and with his measured tone expresses his thoughts/opinions in such a smart yet understandable way that I enjoy hearing what he thinks. Again, he is someone I often find disagreement with, but the fact that he is reasonable and willing to admit when he's wrong just as I'll admit sometimes he is quite right makes him someone else who's writings/speaking I will stop and pay attention to instead of ignoring.

2 out of many
There you go, out of the commentators I can't stand two people whom I will listen to. Therefore, next time you want me to listen to a counterargument about something I'm passionate about, just know almost all of those conservative radio or television personalities will have me reaching for the mute or off button, but when it is these two guys, I turn the sound up.
Posted by David Charles Bitterbaum at 5:03 PM