Disney Might Buy Fox, What Does that Mean Though?

Update: The deal went though. We will see what the future holds.

We kept hearing about how for awhile there were rumors Disney wanted to buy Fox (at least a chunk of it including the film division, leaving the news and sports channels alone). The rumors faded but now it seems an announcement may be made tomorrow/Thursday that Disney and Fox intend to merge/let Fox be bought-out/etc. What does this mean though?

Well, Comics Beat has a pretty succinct summary of it all, explaining how this is a lot more than Disney being able to use Mutants in their Marvel movies. This is the kind of deal that could give a single studio 40% of the market for films, which as someone who isn't a fan of monopolies worries me a tad (and as director James Mangold AKA the man behind the good Wolverine movies has pointed out, this could very well hurt creativity in the film industry). I'm as excited as anyone else at the thought of Marvel properties owned by Fox now being accessible to the rest of the Marvel movies, and yes my heart gets aflutter at the thought of the Avengers fighting Doctor Doom, but the ethics and questions of a single company having this much power are troubling. 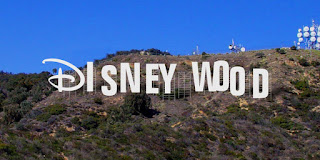 I love Disney, I have relatives who work for the company in various positions and they enjoy it greatly, sharing stories of both the challenges they face and fun they have. That said, Disney bought Marvel, Disney bought Star Wars, and now Disney may very well buy Fox. The House of Mouse will own Iron Man, Luke Skywalker, and Bart Simpson (that'd be an interesting cross-over). This happening would be an entertainment earthquake, and we all know how destructive earthquakes can be.

We shall soon see what happens and if the deal would even be able to go through after courts give it a once-over. That said, a lot of money and stock options may be soon exchanging hands with Disney very well be about to have even more power.
Posted by David Charles Bitterbaum at 7:31 PM