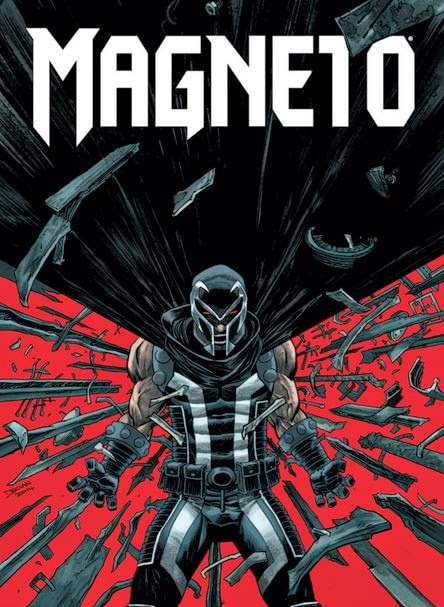 Considering how popular a character he is, Magneto doesn't appear in a solo comic that often. He'll have a mini-series sometimes or such but he hasn't seem to had too much in the way of ongoing series.

Perhaps the reason it can be hard to give Magneto his own mini-series is depending on how he is being portrayed in Marvel comics at the moment he may be shown as a hero or a villain. Plus, often his power-levels have been so immense it makes it difficult to give him a legitimate challenge to go up against. 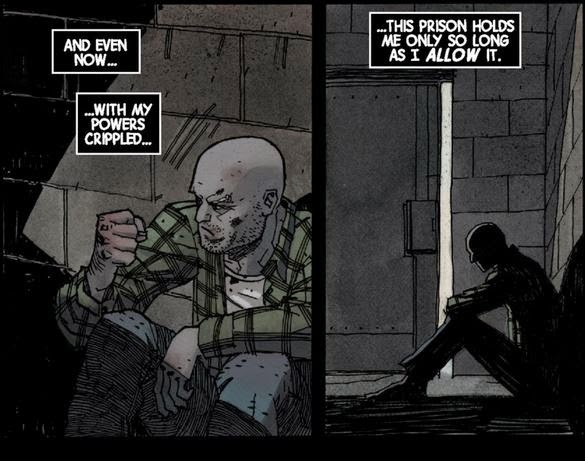 Well, thankfully the current Magneto series being written by Cullen Bunn with great art by various folk has given us a Magneto that isn't really a hero or villain, so much as someone so blind to his cause of helping and avenging mutants he lacks a care about whether his actions look like that of a someone good or evil. Also, due to various recent-ish events Magneto's power-levels are much lower and harder for him to control. The series has avoided being bogged down by the continuity of explaining his weaker powers, but I believe it relates to "Avengers Versus X-Men" and how some characters sound themselves altered by the event (although it really doesn't matter for this series).

So, Bunn is writing Magneto as a sort of violent anti-hero and has the character dealing with weaker powers, what is the result? A damn good series so far! Magneto may have less power which can limit the sort of missions the self-appointed protector of mutant-kind can do, but that has just resulted in a more grounded character almost like the Punisher, but with a mutant-bent. 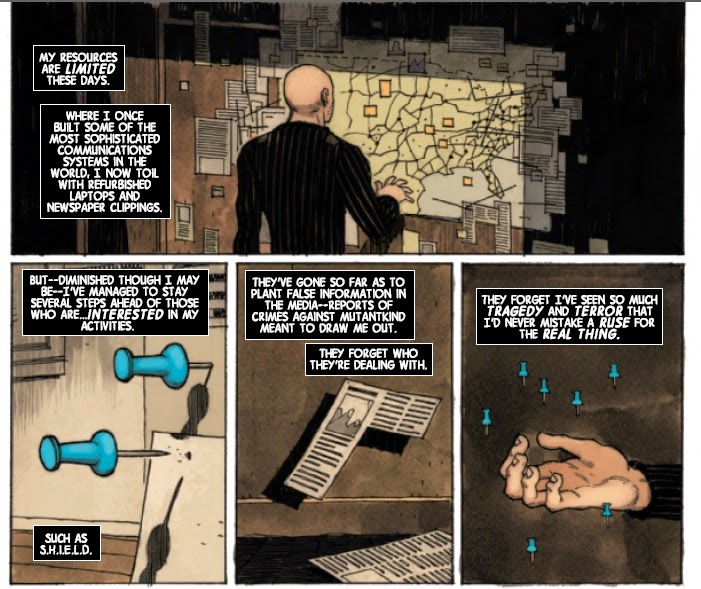 The earlier issues saw Magneto looking into various murders of mutants by humans who were turned into half-sentinels against their will and hasn't hesitated to use lethal force in an effort to achieve his goals. This isn't the kind of Magneto who thinks mutants and humans can have the peaceful co-existence with humans the X-Men hope for, yet he is below the level of being someone who blindly hates all humans, something well represented in his partnership with a lady named Brair Raleigh (whom we meet in issue #5).

While suspicious of Brair and how she tracked him down, Magneto has been using her resources since the fifth issue to assist him. I suspect she is in fact going to turn on Magneto, but I could be wrong and look forward to finding out.

One thing I really like about this series has been it takes the Marvel Knight's series, "Magneto: Testament" and makes it clear that it is the in-continuity origin of Magneto. While I had always felt it was the definitive story about him, I had not seen anything in the comics making it abundantly clear that was the case but Cullen makes it official and I think that's a great choice as it helps inform certain aspects of the story quite well.

The thing that works about this series is that Magneto is clearly doing what he feels is best, but we as the reader are not supposed to necessarily be cheering for him. Magneto is walking and at times crossing a fine-line in his efforts to protect mutants, and his operating in a morally-grey area gives us an interesting character whom we can enjoy reading about.
4.5 out of 5 stars.