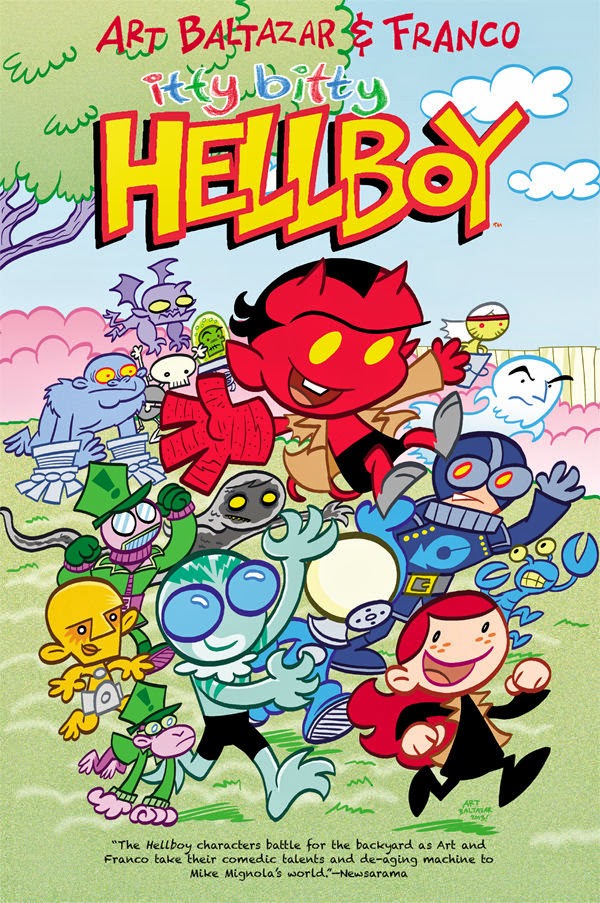 I enjoy the work of Art Baltazar and Franco as they often seem to put out material that is both cute, funny, and otherwise enjoyable ("Tiny Titans", for example). Therefore, when I saw the trade for "Itty Bitty Hellboy" a  couple months ago I picked it up eagerly. Now, I'm not too familiar with the Hellboy universe, having only read a mini-series some years ago with Lobster Johnson and reading the occasional B.P.R.D. comic by friend of the blog, John Arcudi (check out my interview I did with him a bit ago here). That said, I still greatly enjoyed this book and imagine readers of all ages will too regardless of their familiarity with Hellboy. Let's discuss the top three reasons why I enjoyed this, shall we?

Reasons I Enjoyed "Itty Bitty Hellboy"
Reason 1: It is just so fun
You want to know one big thing that makes this comic fun? Well, look at that art! It is bright, colorful, well-drawn, and the characters are cute but still resemble their more  grown-up counterparts. The adventures that Hellboy, his friends, and his enemies go on are just as delightful, be they hanging out in their forts made of dishwasher & refrigerator boxes, looking for Sasquatch, traveling to Hades, ascending to Heaven, or simply attending a birthday party. The bright colors, inventiveness, and general feeling of fun result in a comic that just is a great time. 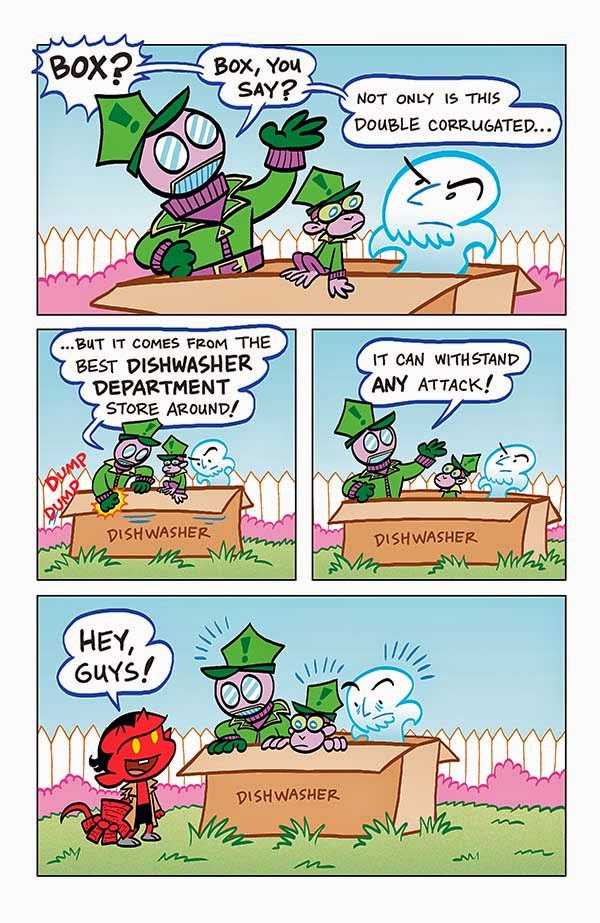 Reason 2: It is clever
You can take a variety of commercial properties and try and make a "cute" version of them, but to really make it enjoyable you have to be clever about it. "Itty Bitty Hellboy" has the characters in a more child-like form but still has kept aspects about them intact resulting in interesting ideas. Hellboy uses his rock-arm to smash walnuts, Liz uses his fire-powers to roast marshmallows--the comic takes these grown-up characters and uses their powers in the sorts of ways kids would, namely by having fun. There is also still conflict with the "bad" characters, but instead of it being some sort of world-threatening drama it is at that much smaller level we enjoy playing at as youth--stealing each other's box-forts, being jealous of the other's swimming pool, stuff like that.

Reason 3: It is hilarious
Probably the best thing about "Itty Bitty Hellboy" is that it is just so funny. Whether the characters are crashing into each other and causing a ruckus while trying to find a Sasquatch, or filling the suit of a character made out of air with soup in order to make him more stable and cure the potential cold he has, there are always some humorous shenanigans going on that will make you giggle or at least put a big grin on your face. 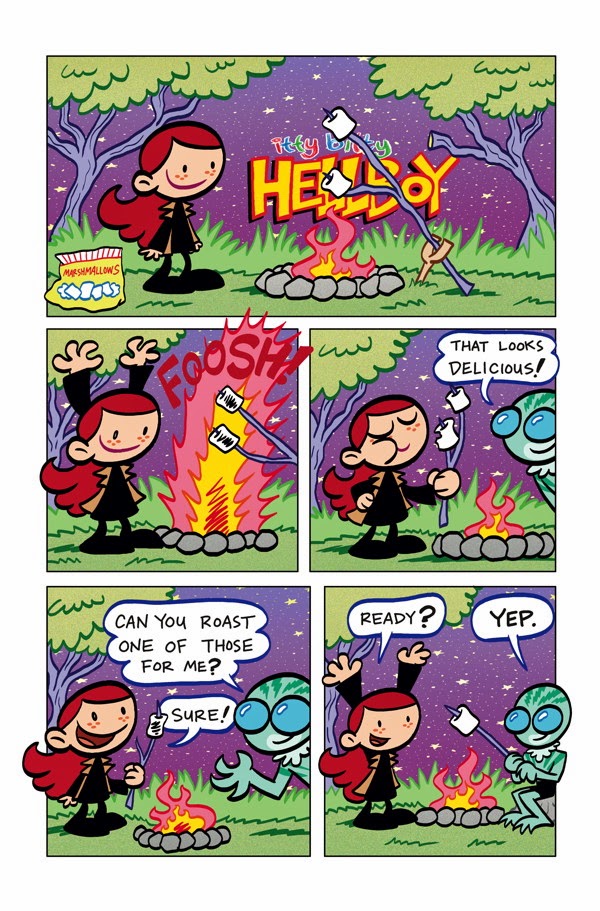 Other than the one potential concern of how his name contains the word "Hell", "Itty Bitty Hellboy" is a great comic for kids and their parents who want to enjoy a comic that is fun, funny, and an all-around good time. I highly recommend this trade paperback to anyone who loves Hellboy, enjoys the work of Baltazar and Franco, or just wants to enjoy reading a cute and funny comic.
5 out of 5 stars.
Posted by David Charles Bitterbaum at 5:23 PM