And So it (Mostly) Ends.

So, I've pretty much quit DC comics. I wasn't reading that much of their stuff, but now I've dropped everything except for the monthly "Batman" comic and "Injustice: Year Two" as of "Forever Evil #7" coming out yesterday and being the last DC event I plan to purchase for a long time. It is funny to think I'm doing this as it was only in 2011 that I wrote my half-joking and half-serious "break-up" letter to Marvel about how I would be reading less of them in favor of DC with its re-launch. How the times have changed.

Whereas I once thought Marvel wasn't being particularly creative or experimental, they now have a variety of interesting titles with unique artwork and storytelling that may not always succeed, but at least are being put out to test the waters for interest. Meanwhile, DC's comics mostly have a somewhat bland, same-y feel, and approach having cancelled 52 series overall since the reboot. While both companies may have exhausted me with their events (AKA eventitis), at least when it comes to individual books there are still some (albeit few and fewer) single comic-books from Marvel I quite enjoy; meanwhile with DC I was hesitant to get too attached to any title for fear it soon would be gone; at least Marvel seems to give their comics a little time to find a readership or at least wrap-up a story-line before giving a title the ax.

I didn't cut "Batman" or "Injustice: Year Two" from my reading because I have overall enjoyed Snyder and Capullo's title more than most DC books (that are still around, at least), finding it occasionally will do something incredibly creative or clever that makes me just not want to stop checking it out. Also, it helps that it is one of the few DC books that has had a mostly-unchanged creative team unlike almost any of their other books. I'm still reading "Injustice" because the 1st "season" was very good and this 2nd one is great too, giving us the kind of interesting story-telling and characterization that the other DC books seem to be severely lacking. Plus, the fact that "Injustice" is in its own universe set in the continuity of the popular video-game means I don't have to to buy anything but it now (having already played the game) to get a good story, so that's snazzy too.

I am by no means reading a ton of Marvel comics, but there are at least some I eagerly look forward to, such as the Ellis-written "Moon Knight", "Loki: Agent of Asgard", and any form of "X-Factor" written by Peter David is always a treat. I am actually reading more comics by companies other than the "Big Two", because frankly it seems that is where much of the creativity, good stories, and great artwork I desire is easier to find. There are always books I want to check out by other publishers, and I can't even read them all due to my ever-smaller budget for comics--meaning I have to be quite picky about what I read--but at least with folk like Image, Boom!, IDW, Oni, Avatar, or Dark Horse (and so forth) there is stuff I want to read. 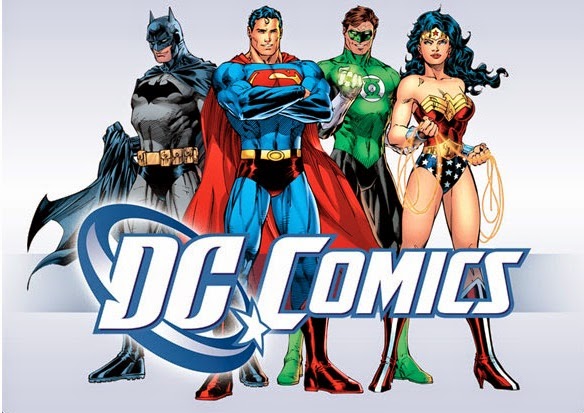 I guess the reason I've basically quit DC is due to a variety of factors, such as being tired of the bland nature of the stories and art, being exhausted of having series I actually like ending suddenly, and having zero interest in their weekly comics or future events. I hear about all the trouble between DC editorial and their creators, and wonder what would happen if DC maybe took a more hands-off approach to more of their creative teams as Marvel seems somewhat more willing to do, along with many of the other smaller publishers who don't hesitate to give creators mostly free-reign to do whatever they want.

Perhaps when a time comes that DC puts out more stuff I'm interested in (and I have more funds) I'll start picking up other DC titles. For now though, I'm basically done with much of company except for the fun alternate-universe shenanigans of "Injustice" and the creativity of "Batman"--as long as it doesn't start getting interrupted by the other titles or the weekly with cross-overs. Oh, and I'll read "The Multiversity" when it starts coming out because that looks awesome, but other than that and maybe a cool Vertigo debut here-and-there I anticipate little that will interest me.
Posted by David Charles Bitterbaum at 1:48 PM