Blaming Video-Games AKA "Think of the Children!" 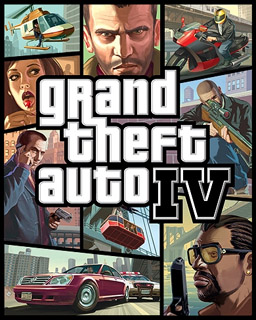 Apparently the child had been playing "Grand Theft Auto IV" for awhile before shooting his grandmother, so of course instead of seeing headlines exclaiming how tragic it is that a child was able to get their hands on, I repeat, a loaded weapon, we see the news exclaiming how he did this horrendous act after playing some video-games. To put in perspective how stupid that is, imagine a headline saying, "Child shoots grandmother after reading violent book," except it wasn't a book, it was a game, so here we are.

Thankfully there are level-headed people out there who don't claim that a violent video-game is somehow practice for murder anymore than watching a violent movie is a way to prepare for killing. People are blaming video-games ,as they often seem eager to do, because yet again we have a newer form of media that everyone wants to go off and say is the root of all evil. In the early 1900's it was ragtime music making our youth cause a ruckus, then comic books were causing children to becoming murdering communists, after that television was destroying society as we knew it, followed by "Dungeons and Dragons", and on, and on, and on.

A video-game did not kill this child's grandmother, a gun that he was somehow able to get his hands on did. Comic books did not cause youth to kill people either, and if someone were to say that today they would be laughed at, yet back then that made "perfect sense" to people, and now saying electronic entertainment is the cause of our violence is the popular thing to do.

It doesn't take a genius to know that this is another opportunity for politicians and the media to play to the fears of older viewers who don't understand video-games so as to muddy the real issue--which is how in the Hell did a child get a gun in his hands, and why did he use it to kill someone? Without question soon people will be blaming the parents who may not be at fault at all as the child could very well be disturbed, or other people will be saying guns need to banned while the NRA will claim we actually need more guns, with everyone putting in their two-cents about what is "really" to blame. It's simple though, a child was able to take hold of a loaded weapon and kill someone. Whether that means we need to educate people about how to safely store guns away from children, look into what caused this child to think murder was okay, or some other solution I feel something should be done--but I don't think blaming a video-game is the answer anymore than saying it was ragtime music that caused this tragedy.
Posted by David Charles Bitterbaum at 11:14 AM