Why I Can't In Good Faith Purchase the New Simcity Game AKA Damn You, DRM! 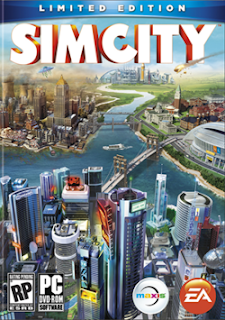 Excitement Gives Way to Upset
When I first heard about there being a new SimCity game in development I was ecstatic.

To this day I still boot up my copy of SimCity 4 (with the Rush Hour expansion installed too, of course) and play it. I get a nerdy thrill from connecting my various cities' residential locations, industrial zones, and commercial-shopping areas. Having a perfectly balanced budget whilst maintaining the health & education of my population gives me an indescribable thrill. I'll even admit how I feel the weirdest sense of satisfaction from getting my population to switch from cars to using my majestic public-transit systems. Yes, I love SimCity 4 and would declare it one of my favorite games ever.

Hearing about a new SimCity that would be amazingly deep and potentially even more enjoyable just had me going nuts...then the news broke about the requirement that the game always had to be connected to the internet. My enthusiasm deflated so quickly you could have sworn you'd heard a balloon pop.

It Just Doesn't Make Sense
Games get pirated, but treating your paying customers as if they are pirates doesn't solve the problem. If your game could be played as a single-player experience why would you make it a requirement for a person to always be online? Diablo 3 has this rule and after a horrendous launch with servers crashing to a point people couldn't play the damn game there still is controversy about that stupid rule. 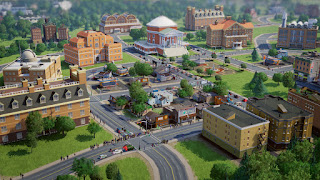 Therefore, even with SimCity having the online economy, the ability to play with friends, and all that jazz, why not offer some of us the ability to play in our own little sandbox that doesn't impact the "normal world"? I don't want the internet-community price of oil or whatever to impact my little land, just let it exist on its own. To hear claims that being online all the time is a computing requirement because the game is so powerful...that just boils my blood. You don't need all that power if you're offline, as has been pointed out.

Being forced to always have an internet connection is the most insidious form of DRM (also known by the seemingly-innocent name of, "Digital Rights Management"). I understand wanting people to have a code they enter once to play a game. I get a bit upset when every single time they boot up the game it has to verify with the internet it is a legitimate copy. I become outraged when you have to always be online to even play the thing as a single-player. I'm playing a game by myself, why do I have to be connected to the web unless I start bringing friends in?

Also, what if with one of these always-online games the company decided the game no longer made enough money some years in the future and shut the servers down? That is a risk people take with online games, but because it is thought your game no longer is worth running the servers for it becomes impossible to play the single-player mode? Imagine that happening.

Opting-Out
This always-online requirement for SimCity is just a deal-breaker for me. It treats players as if they are criminals, is a pain if I ever want to play the game and my internet is down (or I'm somewhere with no internet), and is just something I can't in good faith support however-slightly by purchasing this new SimCity game. Until EA and Maxis make it so that you no longer have to be connected to the internet to play this II shall not be buying it, even if I get the best computer ever to play it and reviews rave over it. 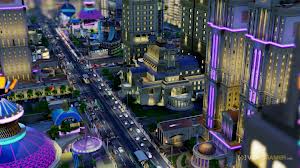 I often support GOG because they sell great games with no DRM. I can play them on my own computer and if I get a PC I do not have to worry about transferring my games (which happened a year ago when I bought a new laptop and went smoothly as possible). I'm treated as if I'm a decent human being, and it feels good to not be perceived as a potential thief. Until I can say happily that SimCity is free of the always-online requirements I won't support it. It's DRM no matter what claims EA and Maxis want to make, and DRM is a wretched thing.

I guess I'll be playing SimCity 4 still for some time. It's okay, my regions will just get even bigger and better--without DRM in the way.
Posted by David Charles Bitterbaum at 10:50 PM