It all started so quietly... 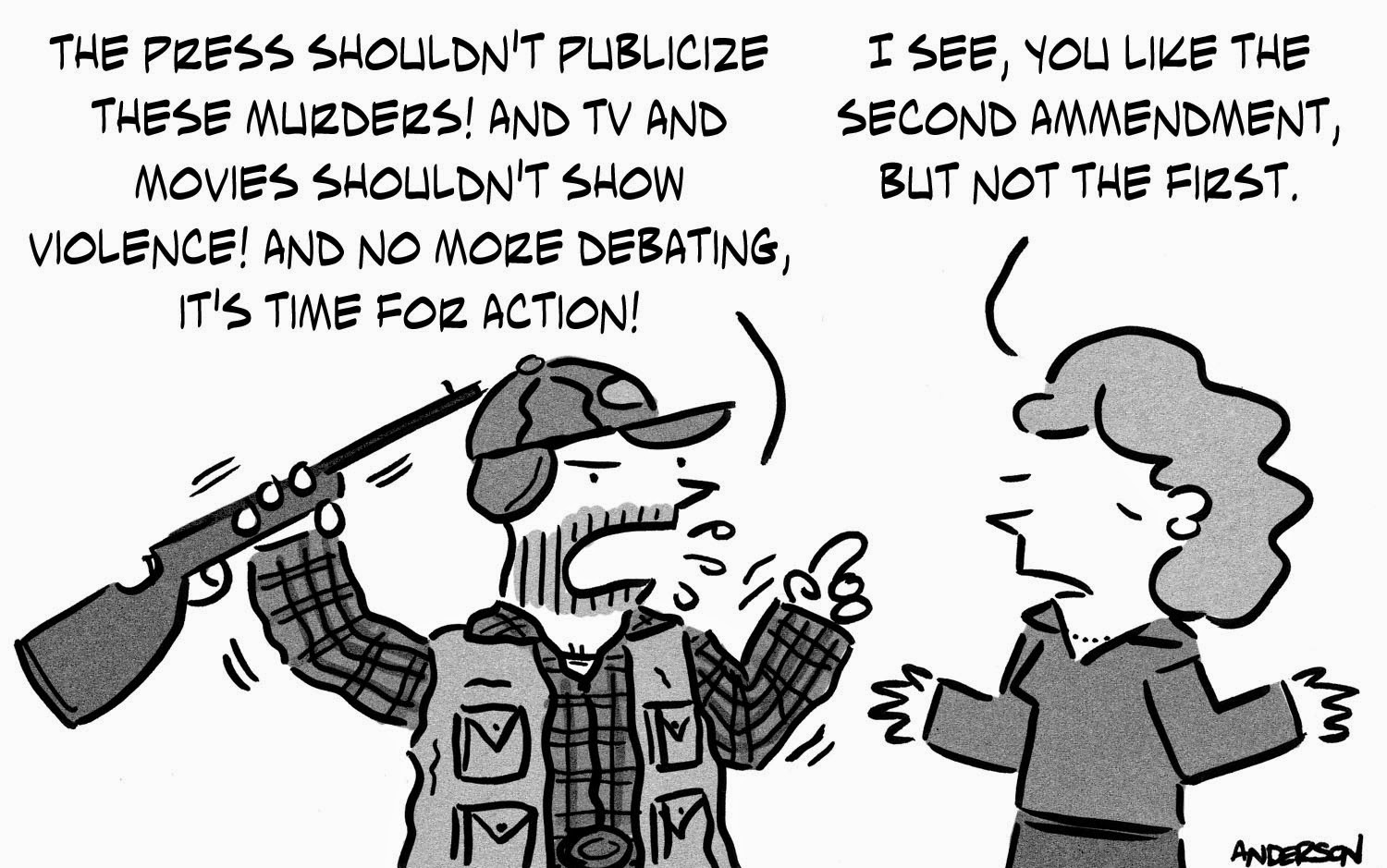 On Wednesday June 18th I posted an article that I expected to get little views. It was an opinion piece on how I felt that "Open Carry" was an extension of white privilege and therefore inherently racist. My more political-posts generally get minimal views so when shortly after it went up even a single person commented on it I was pleased, regardless of how they disagreed with me. I then had a quiet weekend where little of note happened, and Monday came with a nice sunrise. And then within the span of a couple hours I had hundreds of views of my article and a lot of comments and tweets about it by folk who really, really, didn't agree with me.

Apparently various  open-carry and 2nd-amendment-boosting groups had stumbled upon my blog (or someone who already read it and disagreed with that post told others) and linked to it, resulting in an immense uptick where what would normally be the views I receive over days on a variety of posts turning into a tsunami focused on a single piece. Some people disagreed with me respectfully, others less-so. The thing that struck me the most however was that if I, some pretty small name on the internet, can get this much attention for wading into the ever-controversial debate on gun control, what happens to actual journalists who dare express an opinion other than "Guns are just great and should be everywhere!"? I wondered...

...and well, to answer that question:  They get in trouble, and depending on where they work, they get fired. A new article by "Atlantic" titled, "Why We Can't Talk About Gun Control" discusses how a man who wrote for "Guns & Ammo" magazine who dared to express the opinion that he felt his rights weren't being infringed by having there be more training before someone is issued a gun got in hot water. Perhaps it was also that he said universal background checks were an okay idea, but whatever the case, Dick Metcalf, who is a gun owner and even a member of the NRA was told he was some sort of "Benedict Arnold" and wanted to infringe on people's rights--despite his never saying he wanted infringement, only regulation.

A man, who actually proudly owns a gun, finds himself torn to shreds by others for daring to suggest that the Constitution's 2nd amendment maybe is open to interpretation as meaning folk shouldn't just be given all the guns they want until a single person owns enough weaponry to qualify as a small army. Then that man loses his writing job, and becomes another victim of those few gun owners who do more than simply own a gun, but instead also loudly obsess over a fear of them being taken away as if Obama himself is actually going to show up at their door and demand their weapons before their being implanted with a tracking chip to keep them in line.

I wonder if us pro-choice people would have more success at getting laws that support us pushed through if we had people as rabidly pro-choice as there are folk who petition for limited-to-no gun control. Maybe if NARAL and Planned Parenthood had the money that the gun lobby does politicians would say how banning abortion is pointless because those who break the law and still get an abortion would get one regardless of the laws--just as how those who supposedly get guns illegally are unaffected by gun control (or maybe the Supreme Court wouldn't rule in favor of religious objections over human rights). The same goes for those who push immigration reform; maybe a catchy slogan such as "You can take my green card from my cold dead hands," that threatens violence to anyone who disagrees would get the message across. I'm being a little sarcastic here, but it makes my point how it seems for some reason if we talk about any issue besides gun control debate is okay, but as soon as firearms come into the discussion you're either on the side of "Ban all guns!" or "Everyone gets a gun!" when there are so many shades of gray between those two extremes.

I don't get why we lack the ability as a nation to talk about gun control without a ruckus--I really don't. Perhaps it is a fear that if we start regulating some guns rights it will be a slippery slope leading us into the next holocaust somehow (people do think that); maybe the reason it is hard to have a discussion is that while there are many gun owners who are reasonable, it is the loud few who scream about how we are "sheeple" that dominate the conversation. Then again, it could be that very few people really care all the much about gun control but organizations such as the NRA intimidate us all into thinking it is a hot-button issue when really they're just working to further gun interests. I'm not sure what the reason is gun control discussion is so often hushed. I do believe that if we just shut-up and let those who want to have no gun control maintain free reign of public discussion however then we'll only have more crime, more mass-shootings, and more tragedy.
That's why I didn't get quiet even when a veritable storm of rage poured down upon me and my little ol' blog. I listened to what people said--the respectful and disrespectful--told them my thoughts, and can only hope that I possibly impacted someone's opinion for the better. Maybe if everyone realized that talking about regulation was just that--talking and trying to show other folk our opinions--something positive could get done.
Posted by David Charles Bitterbaum at 12:08 PM