Marvel made some big news at SXSW with various announcements. Let's chat about them with a healthy dose of humor & snark because I'm feeling spicy today. What's that? Yes, links will be provided (with much of the more-detailed info coming from "Comics Alliance" so thanks to them)! 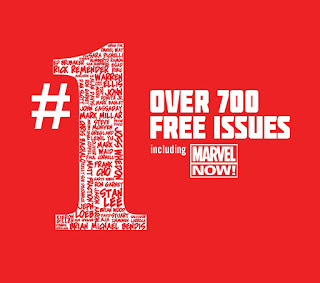 At SXSW Marvel made some big announcements. The first thing that is most pressing due to a time constraint is that you can currently get 700--yes seven-hundred--first issues of various Marvel comics for free on the interwebs (as the kids are calling it these days). The catch is you only have until Tuesday, so get downloading! What's that? Comixology is crashing from the flood of people trying to download the free 1st issues? Well that sucks.

An Evolution of Marvel's Digital Works

While there has been the whole "Infinite Comics" thing from Marvel, that has been shorter little comics that expand on stories in the print publications. Marvel is now however going to release a digital chapter of a story every Tuesday for the whole year (starting July 9th), with a total of four different 13-chapter tales. The first one will be about Wolverine in Japan. This isn't too surprising, Marvel is basically just expanding their digital attempts with comics that are even more specifically tailored for mobile devices or tablets than ever before (at least from them, plenty of folk have made some cool comics that take advantage of the digital format, but Marvel doing it means its gained popularity as an idea). Still, it is snazzy that Marvel isn't content to just be throwing their print comics up on the internet or posting little mini-stories, instead now expanding to full-blown potentially interesting tales that will be custom-made for today's digital technology. I just wonder how they will get the almost-surely inevitable print-copies to work out. 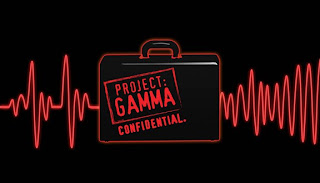 For the last thing of note I shall discuss the strangest thing that was revealed. Marvel showed everyone their, "Adaptive Audio Experience," also known as, "Project Gamma," for no apparent reason. What does that mean? Well, "Basically, PG [Project Gamma] will play audio while readers progress through a digital comic story, and tailor musical tunes and other sounds to a given reading pace on the fly to ensure there's not a generic looping soundtrack in the background." I'm concerned that this could just be one big mess or come off as an extremely silly gimmick. However, I also am hopeful this could be really neat and even has some ever-so-small chance to revolutionize the way we read comics. Still, it is kind of worrisome that a medium which is sort of defined by its being made-up by static images is trying to be more like a movie, television show, or video-game by adding in a soundtrack of sorts--kind of like the special nature of comics is being diluted. Then again, prose books have had, "books-on-tape" that feature talking and music for a long time so maybe I'm just being old-fashioned and whiny.

What Will Work? What Won't? Who Knows?
Marvel has some interesting ideas, and the offer of free first issues is pretty cool even if they ought to expand the number of days that promotion will be running. How well the whole "adaptive audio" will work out I have no clue, but releasing digital-only comics has worked for other entities and I would expect it will work for Marvel too. Time will tell what turns out positively and what doesn't. Well, time and people complaining on the internet just as yours truly often does.
Posted by David Charles Bitterbaum at 1:35 AM