I Can See Clearly Now The Rain Is Gone
Today we shall discuss a great collection of Scott Snyder's run on Detective Comics with Jock and Francesco Francavailla as artists that was collected as, "Batman: the Black Mirror." We will also discuss a fun children's book by intriguing author James Kochalka titled Johnny Boo: Twinkle Power. Lastly, the game, "Modern Warfare 3," will be looked at and reviewed even though by now it has sold a ba-jillion copies and can't sell much more without people buying a second copy to play. Let's make this weasel go pop!

The Last Hurrah Of Dick Grayson As Batman, And What A Hurrah Indeed--Batman: The Black Mirror 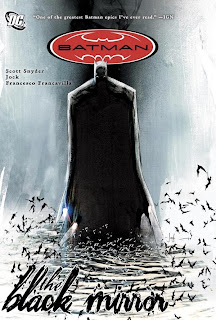 The title is a bit of a misnomer, as this actually is a collection of the late/now re-launched Detective Comics. this is a heavy book collecting issues #871-881, and do keep in mind some of the material started as back-up strips back before DC cut those out of their comics. The intriguing thing is that all the story-lines end up coming together. From the seemingly unrelated tale of Jim Gordon's son coming back to Gotham that starts out as said back-up strip to Batman investigating a new mob-boss or two. Scott Snyder expertly works it out so things have a bit of a synergy and feed into one another. Plus, he's got two killer artists illustrating various bits to make sure things go well. 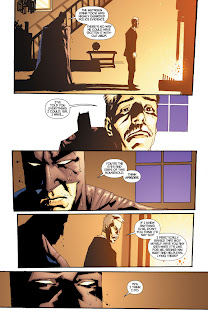 Whether it is Jock providing art or Francisco Francavilla, things look beautiful. Both can do ominous and haunting, and both can do frenetic action scenes quite well too. Between a well-told story and some masterful art this is a quality package. The only downside is it seems the whole mystery of if James Gordon is a psycho killer or just a misunderstood person who has reformed gets a rushed conclusion--probably as DC told Snyder with the re-launch coming he had to wrap things up. Still, before we find out what the answer is, you find a fair bit of evidence pointing either way, and boy is James Gordon just plain creepy. 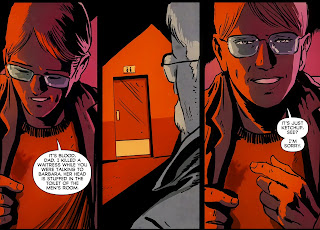 This was a great yarn, and it wasn't completely removed from continuity because as far as I know Dick Grayson still acknowledges how he was Batman for a time (so if you're one of those "it has to count" people you can maybe read this and be okay). Regardless of where this stands in the new DC Universe, it is a great story with some solid art, so you ought to give it read and not let the large size and slightly larger price tag to go with it scare you away--or you could wait for the trade paperback if you're having some funds issues. Lord knows I need to spend my money better and go out to eat less.
4.5 out of 5 stars

The Ghost With The....What Was It Again?--Johnny Boo: Twinkle Power 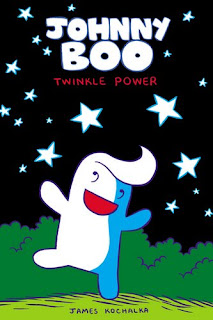 Johnny Boo is a fun little ghost. He has a some friends and they have a pretty good time in this book illustrated by comic artist Jame Kochalka. Kochalka has done a variety of comic work, ranging from kid-friendly stuff to things that surely aren't (he had a comic called, "Superfuckers"). No matter what he's done though, he always has an adorable art style. Johnny Boo is a cute book that both the grown folk and kids should be able to enjoy as it has good humor, good art, and Kochalka's fun style.
3.5 out of 5 stars.


A Fitting End To The Trilogy--Call Of Duty: Modern Warfare 3 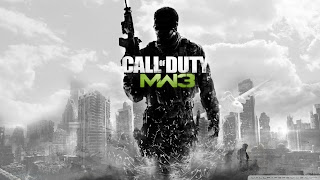 The first, "Modern Warfare," had some decent action scenes but the plot was actually kind of neat and fun. the second had some incredible scenes but the plot sort of went off-the-rails at certain points and just confused the hell out of me. Therefore, I've got some good news in that, "Modern Warfare 3," packs in amazing set pieces and the plot actually has some semblance of coherence even if it is pretty far-fetched with the whole Russia-invading-the-US thing that carries over for the 2nd game.

I won't spoil all the awesome things that happen, as I myself purposely went out of my way to not read press that would tell me some of the cool things you got to do. Seriously though, you must be having a hard time avoiding spoilers, as this game has some incredible moments of action. True, unlike open-world games where you can make your own  neat moment, everything here is scripted to a "T" but its okay because you really are sort of in your own interactive movie. 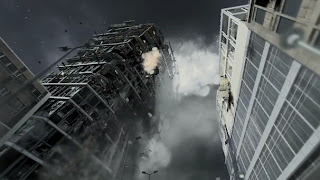 The action is good, the characters you've grown to care about somewhat continue to impress and have their own forms of plot resolution--be it happy for some and not as much for others, and lots of things explode gloriously. It's Modern Warfare 3 and its a grand time. I should note I didn't bother with the multi-player because I have Battlefield 3 for my multi-player hi-jinks (I need vehicles to be happy), but for those of you who love the multi-player aspect you'll be even more pleased with this game, I imagine. Based on single-player alone, however, I had a pretty great time. The thing is though, once its over, you are done. You can replay the game, but you know all the action that will occur now, so your 8-hour action movie is essentially pointless if you just wanted the single-player. Hence, you might want to just rent this and beat it.
4 out of 5 stars (based on single-player alone)

I'm Having More Trouble Seeing In The Storm Now
A really great comic, a fun children's book, and a game that was a lot of fun. Seems things aren't always so bad, eh? Then again, this is a world where it now costs $10.50 at some movie theaters for an evening ticket, so I guess not all is right with the universe. Seriously, 10 bucks to sit in your supposedly, "stadium seating" and then be told I...I mean you...have to pay a ton more for water, soda, or popcorn? No wonder I'd...er...you...would rather spend the cash on above items most of the time unless the movie is really good.
Posted by David Charles Bitterbaum at 10:25 AM