1-800 Mice, Predators Anthology, The Good the Bad And The Godawful

An Absurdist Comic, Predators Anthology, and a Book of Countless Movie Reviews.
Today I've got the strangest assortment of stuff, with graphic novel 1-800 Mice, that is one of the odder  comics I've read in some time, one of the themed anthologies that Accent UK puts out, this one about Predators (in general, not the alien) and a book titled, The Good The Bad And The Godawful, where Kurt Loder does a ton of movie reviews 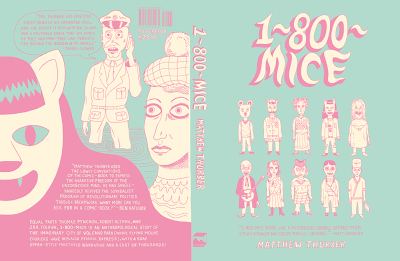 1-800 Mice
I stumbled upon this purely by accident, without knowing that The Comics Journal gave it a positive review which I have now read. No, I was in a bookstore and saw this odd-looking book with its aqua green cover and almost juvenile-yet-refined art style and decided against getting it. Then I thought about it and decided the book just seemed so interestingly weird so when I returned to the same bookstore some weeks later and the book was still there I bought it.

This tells the story of...well, a lot of stuff. It's about a town with trees that control its lava flow, an evil flying entity that plays the banjo, a death-cult, super-skilled sushi chiefs who are also assassins, a telegram-delivery agency of sorts called 1-800 Mice, and much more that all sounds quite insane when you try to explain it. Writer and artist Matthew Thurber must take a lot of hallucination-causing drugs. 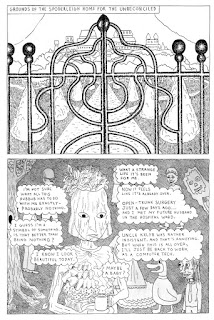 When you're reading the story it at first will seem completely unintelligible, but then all of the sudden a strange thing will happen--you start to actually sort of understand what's going on. Yes, it's still sheer insanity, but it is insanity with a very complex world and plot. There is psychological intrigue, suspense, and a good amount of humor. Suddenly this morphs from a cute and silly absurdist tale into something resembling a thriller as the city of Volcano park falls into hysteria from various events and a mystery is solved that could stop the madness, but it's too late and the book ends on a surprising downer.

The drawing also hides a surprising amount of skill at times. Some illustrations look simple and childish, but other times something amazingly intricate and detailed appears showing Thurber knows what he's doing. The complex ideas of self, society, and what exactly it means to have order are these amazingly deep ruminations that develop out of what at first seems like just the silliest comic imaginable. 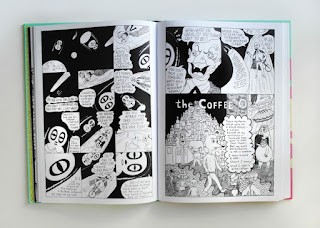 The dark undertone that seeps into this at-first-glance-adorable story is very neat indeed, as I love the disconnect between what starts out as good-natured fun but develops into something twisted and a little bit evil. Plus, the thing stays crazy the whole time. Yeah, I really enjoyed this even if at the start I found myself infuriated while reading it because things weren't making any sense. It all clicked into place though and I now realize a crazy and creative book is in my hands. It's worth giving a look, even if at first you find it to be like a pile of gibberish--it should start making sense, don't worry. Plus, once it makes sense it sure is cool.
4.5 out of 5 stars.

Some Good, Some Bad, But Overall It Was Enjoyable 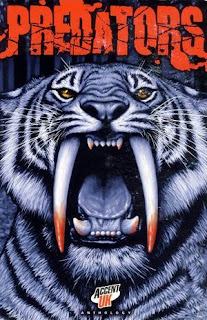 Predators Anthology
Accent UK has a thing where they put out themed anthologies--and as with any themed anthology this particular edition has some stories that are real winners and others that could definitely be junked. It's a bit interesting to see what qualifies as a, "Predator," and how they work that idea into certain stories, even if sometimes it is really ham-fisted (Really, story about a pilot who flies planes so well he's called a, "predator?"). Yes, the book has some lame stories, but some quality ones too.

The tales run the gamut of genres from humor to horror, action, adventure, and...well, not really any romance. There are vampires, wild animals, metaphorical predators, and of course stories that point out the most dangerous predator of all could very well be....man (DUN DUN DUN)! I enjoyed this as I do all the Accent UK anthologies, which tend to be reliably good.
3 out of 5 stars.

Movies Can Be Really Good and Brain-Searing Terrible
The Good The Bad And The Godawful: 21st Century Movie Reviews 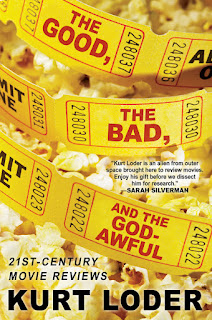 Kurt Loder may be known by a variety of you for his work on MTV some years ago. The man also is a pretty good movie reviewer, writing about flicks in a way that is both insightful and funny. He talks about blockbuster movies, scary flicks, comedy movies that aren't funny, sci-fi films, and dedicates a section of his book to movies based off of comic books. It's a huge read at over 500 pages and I read it off-and-on over a period of months, dipping into a few pages of reviews here and there when I felt like enjoying Loder's interesting takes on what was once showing at the cineplex but now can be rented (his reviews go up to about early or mid 2011).

I can't say I always agreed with what he thought about every movie (He actually liked the extremely sub-par, "Orphan," really?) but reading Loder's words always gave me some entertainment in the process of going through this book of opinions as varied as the genres reviewed. This is worth picking up.
4 out of 5 stars.


To Conclude
There is some reading material to tide you over for a wee bit. It's all pretty good stuff if you're into absurdity, comic collections, or movies.
Posted by David Charles Bitterbaum at 11:30 PM