Convention Goodies
When you go to a convention themed for popular-culture you know you are going to want to buy some stuff. I found an assortment of cool things I acquired and wanted to share what I got and who/whom I got it from!

The Stuff I Got (In Alphabetical Order By Title/Product Name 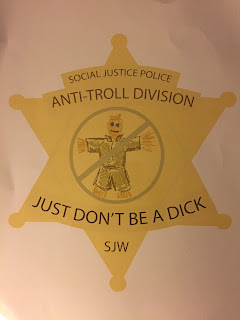 Anti-Troll Poster
As someone who doesn't consider, "Social Justice Warrior," to be an insult, I loved this poster. "Gamergate," was one of the most incredibly stupid things to have occurred on the internet and I personally hate trolls and wish a, "Social Justice Police," existed to shut-up those hateful morons. The young woman selling this print (I didn't get her name or card but she is going to email her Esty store link) said she was a little worried, "Someone might not like this and start some shit," but I told her I loved it and would join her in telling any haters to shut their mouth/s. 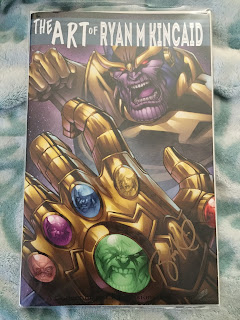 Art of Ryan Kincaid (The)
I met an artist named Ryan Kincaid (website here) at the con who has done work for a variety of publishers. I liked his style and was happy to pick-up a fun book of his artwork and sketches! 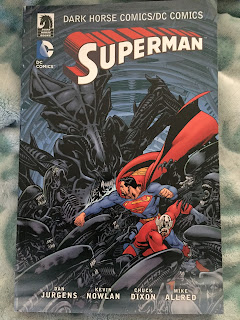 Dark Horse and DC Comics Superman Cross-Overs Collection
I always enjoy cross-over comics and love the old, "Alien," and, "Aliens," movies. Therefore, when you have a collection that features Superman fighting the Aliens from, "Alien," what's not to like? Plus, I found it on a shelf of books that only cost five dollars to purchase, so between the cool content and great deal I snatched it up! 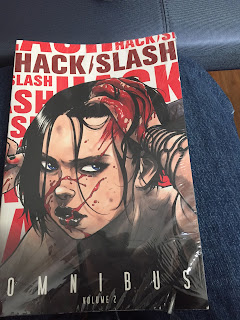 Hack/Slash Omnibus Volume 2
I got this for a steal of a price too (12 dollars instead of 30)! I enjoyed reading this series when it was with Devil's Due and came-out over a variety of mini-series before becoming a full-series It switched over to Image later on and became a new ongoing. The 1st volume of the omnibus collects those earlier mini-series and this one starts with the ongoing-series (when it was at Devil's Due). It is an Image collection though because once the creators took it to Image the whole property shifted-over. Whatever publisher the book is with its a fun read because writer Tim Seely makes enjoyable stuff! 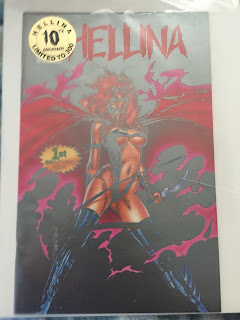 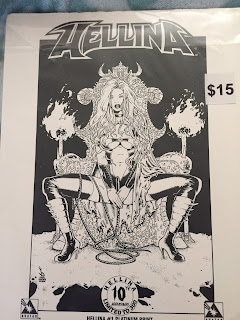 Hellina Comic
I love all the past and new stuff from Avatar Press, and this old limited-edition, "Hellina," comic caught my eye. 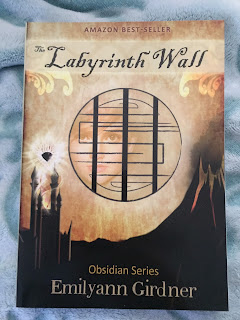 Labyrinth Wall (The)
Emilyann Girdner (website here) had a fascinating-sounding book titled, "The Labyrinth Wall." Normally stories involving gigantic mazes are about people from outside the maze who enter and explore it, but Ms. Girdner's concept was what-if there were people who lived inside a massive Labyrinth and know only that world? What would it be like to be such a person, and what would happen if someone from outside this wall suddenly appeared challenging everything you thought true? This pitch made me want to buy and read this book! 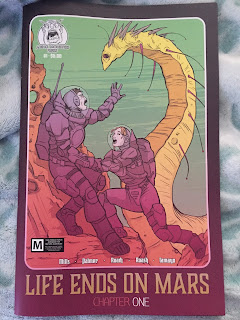 Life Ends on Mars
The first issue of a new comic from the fresh Saint Louis-based publisher Aging Monsters Press, it is about how humans go to Mars in order to terraform it and things go horribly wrong. At this point with all the stories where humans go to Mars and things go horribly wrong it will almost be a disappointment if we ever make it there and everything is fine. This comic looks quite fun and I hope to read and review it very soon! 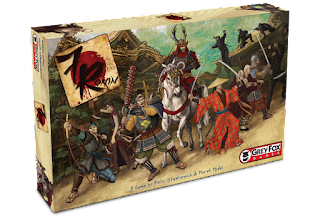 7 (Seven) Ronin Board Game
I chatted with the guys behind Grey Fox Games and picked-up their game, 7 Ronin, which they described to me as being a bit like, "Risk meets Battleship." It involves two players and games take less than 30 minutes to play so you don't have to have a ton of time available to have some fun! 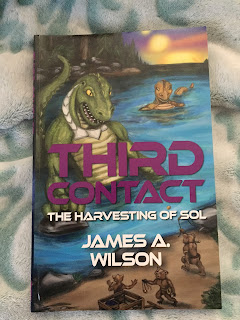 Third Contact: The Harvesting of Sol
I met author James A. Wilson (website here) and found myself quite intrigued by his science-fiction book that draws upon facts about the galaxy to inform his story. Three thousand years in the future we make contact with aliens, but that ain't good news because they want to harvest all our solar energy so as to prevent a galaxy-scale collision that would wipe everyone out...so it's easier to just destroy us. I enjoy a good sci-fi yarn with destructive aliens so I was excited to buy his book! 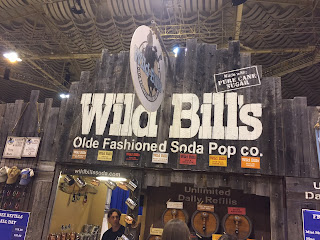 Wild Bills Soda
I enjoyed a variety of flavors of Wild Bill's Soda, as their wagon of tasty-goodness as at the convention. I gave almost every option a taste and think that black cherry was my favorite.

Hooray for Cool Things!
I enjoyed picking-up this variety of superb swag at Wizard World and will talk about all the folk I met in the next post, because as cool as things are, it's the people who matter most, right? Right? Anyways, expect that post tomorrow as I've been busy with life and my plan to post my thoughts on Wizard World over two days has now stretched to three.
Posted by David Charles Bitterbaum at 1:56 PM